Actor John Wayne had three wives and seven children over the course of his life. He always gave the public image that he was a family man. However, Wayne’s daughter, Aissa, recalled how he would force his idea of masculinity onto his son, Ethan. In particular, he wasn’t even allowed to cry.

John Wayne was particularly harsh on his son, Ethan 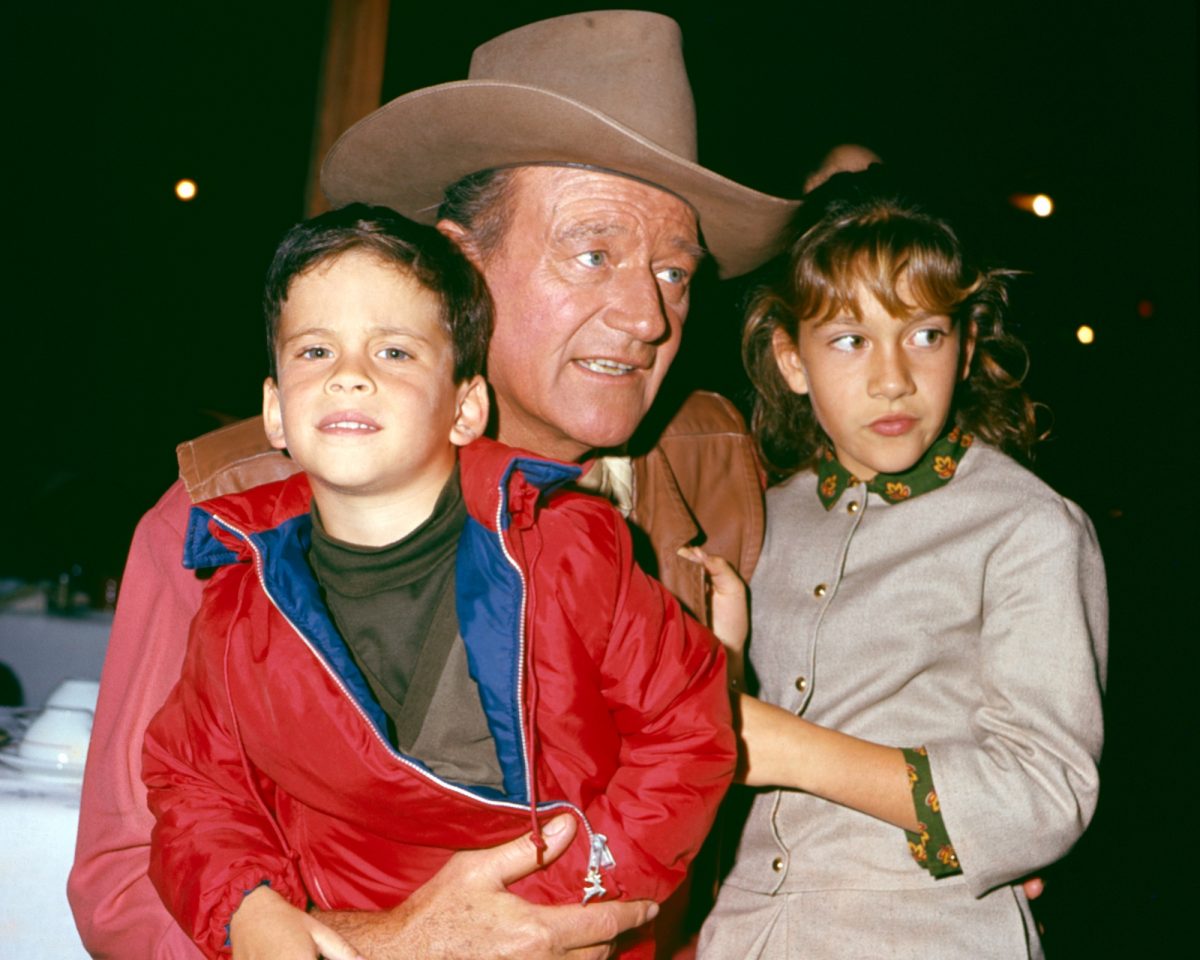 Aissa’s John Wayne: My Father explored her childhood growing up with her father, who was an icon of masculinity. The actor required the family to always eat dinner at a precise time to allow them to grow closer together, but the family didn’t like this rule. Aissa explained that her father would ask about their days and end up lecturing them throughout the meal.

However, Wayne especially showed the angry side of his masculinity to Ethan. Aissa noted that her father never hit her, but that he had no problem doing so with her brother. Wayne wouldn’t strike Ethan at the dinner table, but he carried a furious look throughout the meal aimed directly at him.

Aissa recalled that Wayne always appreciated it when she admitted to lying. However, he didn’t respond the same way with Ethan. As a result, the actor “smashed his face with the hard bony back of his heavy hand.” The other time that she remembered Wayne hitting Ethan was with such a strong strike, that it sent him flying across the room.

John Wayne told Ethan that ‘he was not allowed to cry’

John Wayne: My Father pointed out how the actor forced his masculinity onto his son in ways that made Aissa concerned. Wayne called Ethan ‘Big Stuff,’ meant as both a prideful remark and a sarcastic one. However, he was never allowed to cry.

“Once, while my father sat playing bridge with three of his friends, I pushed open the kitchen door just as Ethan was rushing in sipping a Coke,” Aissa recalled. “The swinging door propelled the glass bottle into my brother’s mouth. My father didn’t see it, only saw his son crying, and hollered at Ethan in front of all the adults. ‘Go to your room and stay there!’ he ordered. ‘Don’t you open your mouth! I don’t want to hear any crying out of you!’”

Aissa continued: “I meekly followed Ethan into his bedroom, where he sat alone on the edge of his bed, his front tooth knocked crooked, blood dripping down his chin from the wound in his gums. Rushing back to the card game, I told my father Ethan was really cut, his mouth was bleeding badly.”

However, Wayne had a very specific idea of masculinity that he maintained around his friends and colleagues.

“The eyes of his friends were fixed on their cards,” Aissa wrote. “His own eyes clouded with bottomless guilt, my father excused himself and hurried to Ethan’s room. ‘Oh, God, Ethan,’ my father said when he saw his child’s blood. ‘I’m so sorry for being so hard on you. I just don’t want you to cry.’”

Ethan couldn’t grow up fast enough for the actor

Aissa wrote in John Wayne: My Father that Ethan’s masculinity didn’t quite meet their dad’s high expectations. She explained that he didn’t grow up quickly enough from Wayne’s perspective. However, it all came back to his own mortality.

Aissa continued: “There was no room, and besides, my brother was just a boy, unprepared for that type of responsibility. Helplessly, I watched them grow further apart. On the sets of films, I could see that Ethan was drawn not to my dad, but always to the younger, rowdier, more energetic stunt men. Ethan went to them to whip around a football, to watch them ride their motorcycles—it ate my father up.”