Joanna Gaines proved she’s having the time of her life with her husband Chip when she posted a series of Instagram pics and videos of them enjoying the outdoors in honor of their 18th wedding anniversary.

Joanna Gaines, 43, took to Instagram on June 1 to post pics and video clips of her and her husband Chip Gaines, 46, celebrating their 18th wedding anniversary. The Fixer Upper star showed off a figure-flattering bikini that included a black and white checkered top and black bottoms in one of the clips as she fell back into a refreshing pool. She had her long locks pulled up and seemed to splash in the water with ease.

The post also included pics of them enjoying food at a restaurant, walking with surprised faces, epic sceneries of trees and lakes and more. There was also a clip of Joanna walking on sand while wearing a long pretty dress, and one that appeared to be them waving in a black and white security camera with the caption “Hi kids! We miss you!” over it. The memorable moments all apparently happened in Mexico and each one was truly beautiful.

“18 years. Thankful to be on this adventure with you—happy anniversary @chipgaines ❤️,” Joanna captioned the loving post. Her fans were quick to respond with some well wishes. “Happy anniversary you dream team power couple!!💛💛 we love you!” one wrote while another called them the “cutest” and “most genuine couple.” 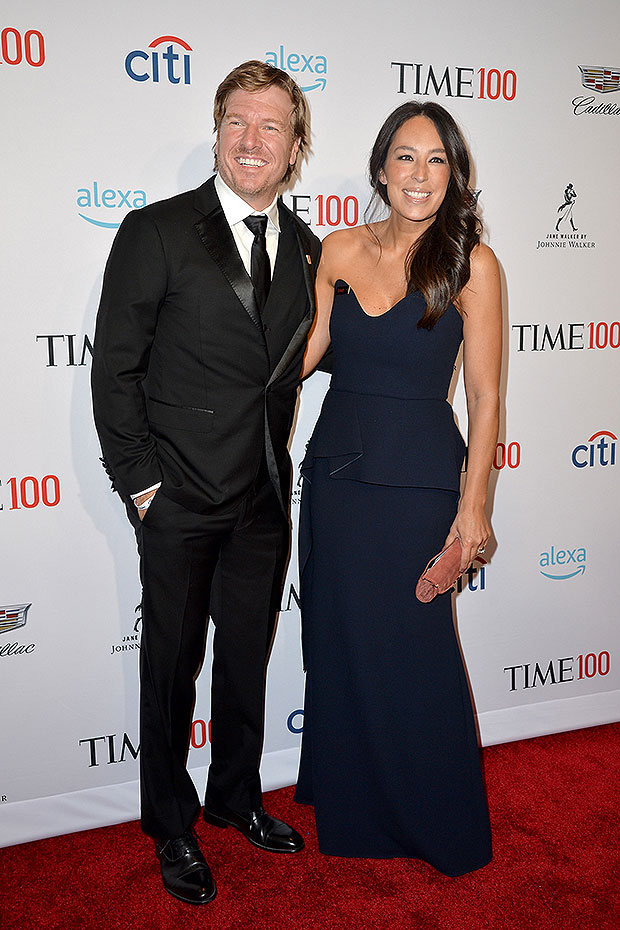 Joanna and Chip’s latest vacation comes just a few months after they talked about their long-lasting marriage to Oprah Winfrey during her Super Soul special that premiered on Discovery+ Mar. 13. “I was like a dog chasing his tail in a circle, trying to be all the things for all the people and I can just, beyond a shadow of a doubt, quickly say [Joanna] grounded me,” Chip said to the world famous talk show host about what his wife taught him. “And it’s almost like the dog then saw the tennis ball or whatever and calmed down.”

Joanna also revealed that Chip has taught her to live in the moment. “I’m more operational [and can] click into, like, a robotic mode and just show up and do the thing and forget the why a lot of the times — forget the joy,” she explained. “To find the joy in that moment.”