The castmates exclusively spoke with Us Weekly about their bad romances, with Guadagnino, 33, poking fun at Pivarnick’s awkward 2019 nuptials to Chris Larangeira, which included an uncomfortable toast by their fellow housemates Jenni “JWoww” Farley, Deena Nicole Cortese and Nicole “Snooki” Polizzi. 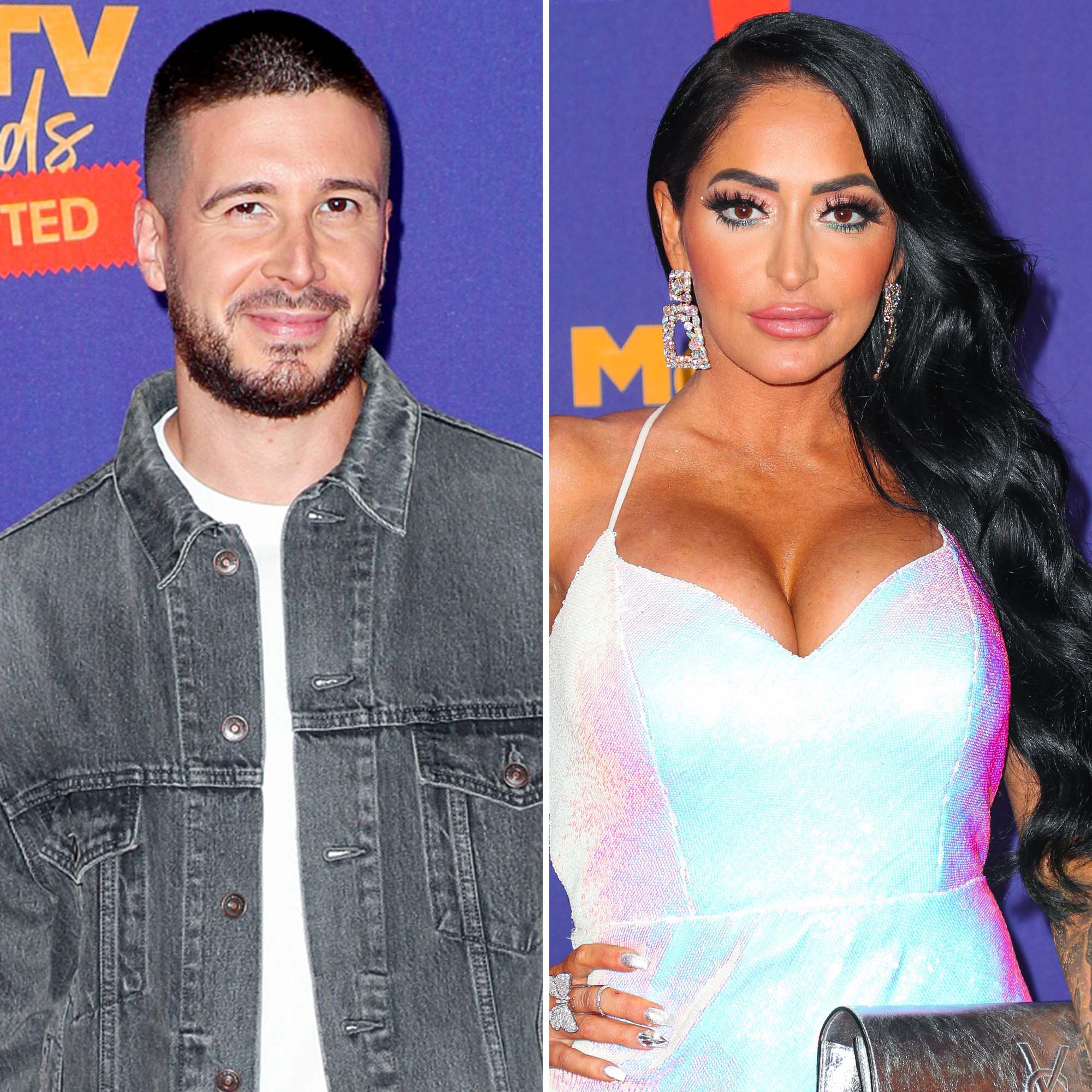 “Angelina’s is her wedding. Her wedding date,” the Keto Guide Cookbook author told Us, prompting belly laughs from Pivarnick, 34, and DelVecchio, 40.

The Couples Therapy alum, however, had another bad date in mind, involving flatulence and questionable dinner attire.

“I have a list,” Pivarnick said. “I had a guy who took me to dinner and he started farting and he sharted himself. And he had khakis on.”

Guadagnino, on the other hand, pointed to a bar no-no as his roughest night out, saying, “I had a date where the girl sent back her drink, like, three times. It was a mojito. It was embarrassing.”

Pivarnick agreed with her costar, adding, “I hate people like that. Just drink it!” 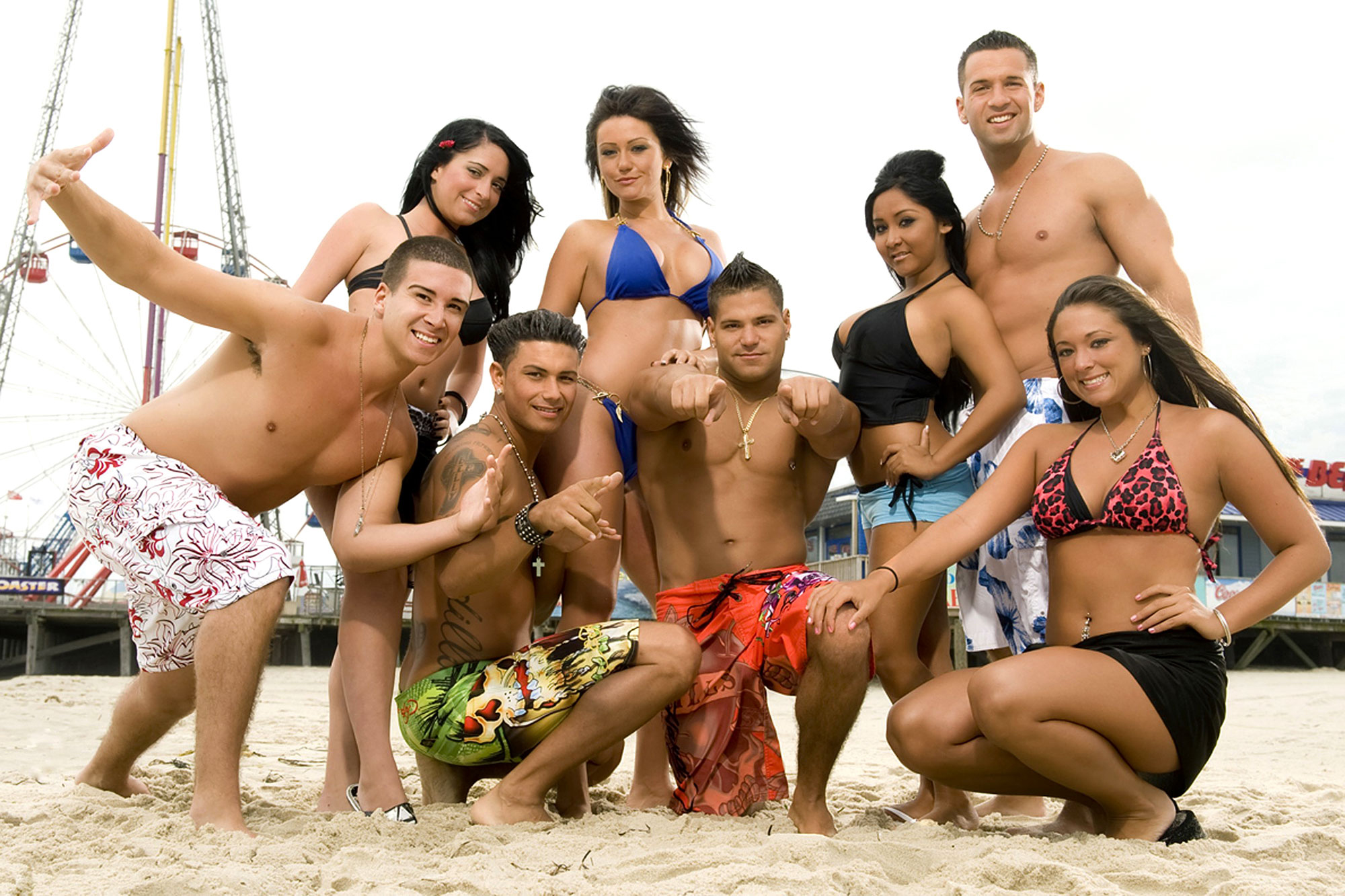 DelVecchio’s awkward outing came at the hands of his fellow Jersey Shore housemates when they were traveling to Miami.

“They tried to set me up one time. They were all trying to find me a date. They spent all day with signs trying to find me somebody and they did,” the DJ recalled. “So, I got excited and dressed up. Out comes Vinny dressed as Victoria. They made him be my date. I’m, like, ‘Come on!’”

Although Guadagnino thought it was a “great date,” DelVecchio shook him off, saying, “No!”

“Oh, hey boo!” Guadagnino said in a clip from the episode while wearing a long dress and wig. “All you girls out there, the love of your life could be right in front of you. This is proof that real love does exist.”

Despite being caught off guard, DelVecchio had a good laugh over the prank, later embracing his BFF and carrying him off camera.

“She’s gorgeous! My baby! This is the perfect woman,” he said before hugging the Staten Island, New York, native.

Watch Us Weekly’s exclusive video above for more details about the three reality stars’ worst date.