Lauren Sorrentino, 35, gave her 1.2 million Instagram followers a Christmas Eve surprise: a video of her baby bump! The bump was a surprise for Mike “The Situation” Sorrentino‘s wife as well, who said in the clip, “So it’s Christmas Eve and this little guy decided to make an appearance finally. He’s coming.” Lauren looked gorgeous in a figure-hugging black dress, which highlighted her newly emerged bun in the oven.

Lauren also showed off her baby bump in a Christmas Eve photo with Mike, as they both posed for a photo by their gorgeous frosted Christmas tree. Mike lovingly cradled his wife’s bump in the picture, which he posted to his Instagram and cheekily wrote, “Merry Christmas from The Situations.”

Lauren looks so happy spend another Christmas with Mike at home! The Jersey Shore star was released from prison in Sept. 2019, after serving an eight-month sentence for pleading guilty to one count of tax evasion. Mike still had to serve two years of supervised release afterwards, which came with a 500-hour community service requirement; HollywoodLife reported earlier in December that the MTV star has completed just 18 of those hours. 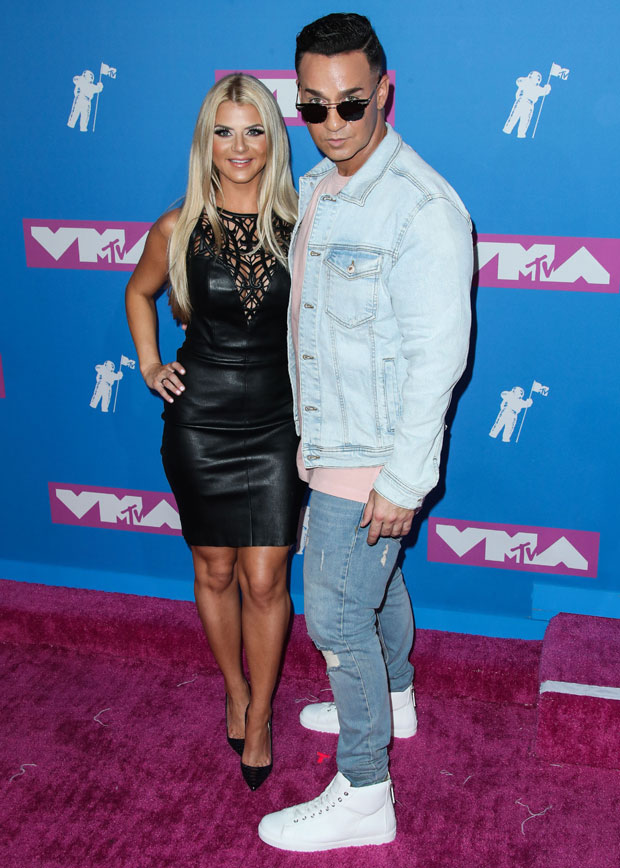 Although Mike still has a long way to go in fulfilling his community service requirement, top attorney Steven Sciancalepore, Esq.  EXCLUSIVELY told HollywoodLife that going back to jail “is not going to happen” for the reality television star. “It’s community service — he has two years to complete it and the judge will more likely than not tell him he has a certain amount of time to get it done. He can continue on probation until he gets all the community service hours done,” the attorney explained.

Mike is looking forward, though — to his new baby, of course. Lauren and The Situation are expecting their first child to arrive in May of 2021, which they revealed in their creative pregnancy announcement in November.