It’s over! Angelina Pivarnick filed to end her marriage to Chris Larangeira in January 2021, Us Weekly confirms. It is not yet known whether she ever served him with the papers.

Pivarnick, 35, and Larangeira, 42, have been facing split rumors for months, and their relationship struggles are playing out on the current season of Jersey Shore: Family Vacation.

However, the duo have seemingly tried to make it work. During the Thursday, July 1, episode, she told her roommates that while they’re not “amazing,” they are at a good place in their relationship and “working on things” getting better.

The sanitation worker attended the MTV Movie & TV Awards with the reality star in May, sharing a photo of the pair via Instagram.

“Congratulations to my wife and the jersey shore crew so proud of you all,” he wrote at the time.

In June 2021, the Staten Island native posted a photo of the pair to her Instagram Story to celebrate his birthday. Before that, the last time she shared a photo with him was one year prior, posting group pics from her birthday outing. 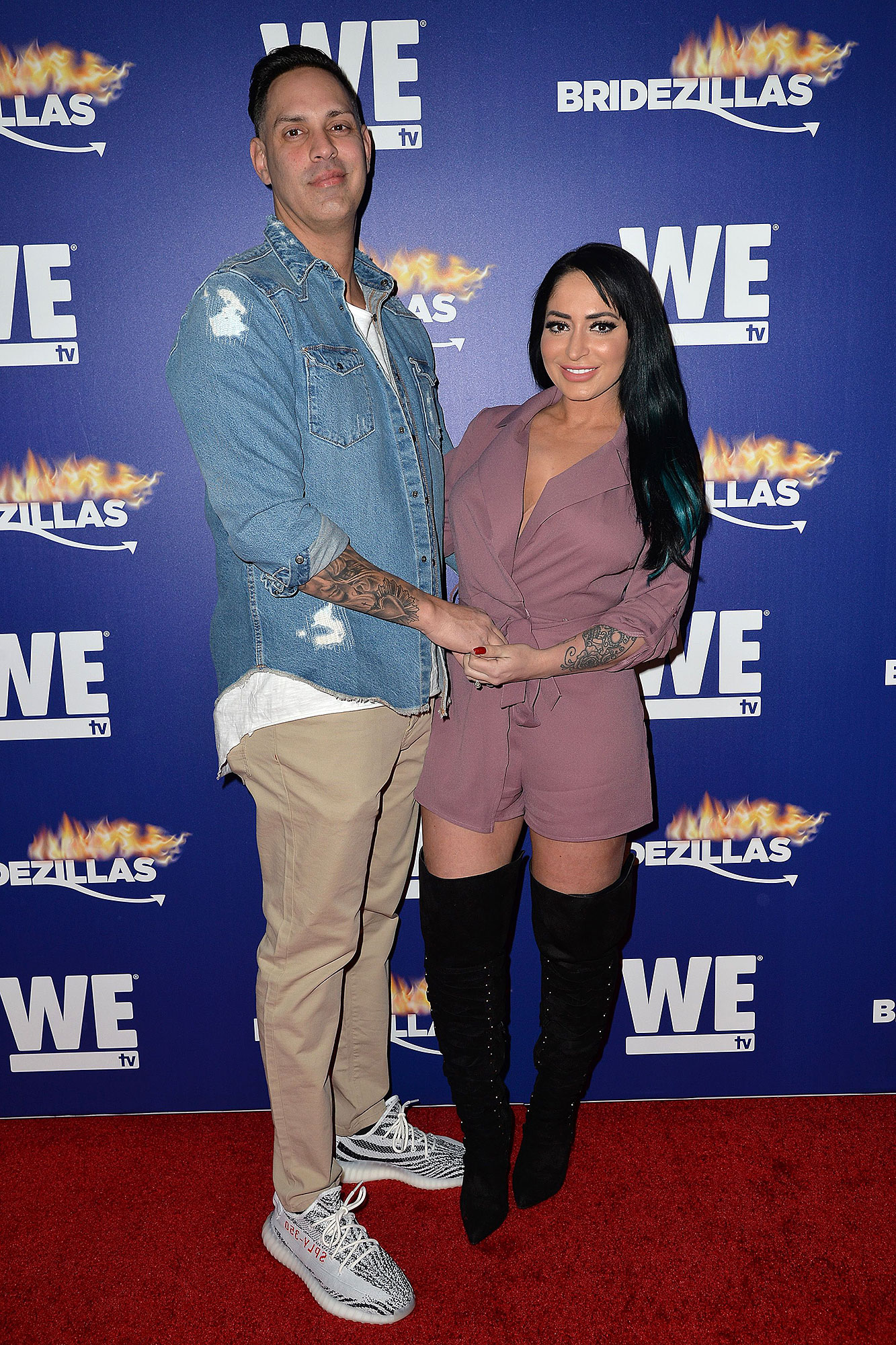 “Thankful for family and friends like these,” she captioned the slideshow. “Thank you for celebrating my bday with me. I love u guys.”

“Angelina and Chris have always had a contentious relationship,” a source exclusively told Us in November 2020 amid breakup speculation. “She and him are very involved but they butt heads very often, you never know if they’re going to be in a good place or upset with each other.”

Four months prior, the reality star showed off her new boob job, telling her fans “my boobies are my fave part of my body now.” Pivarnick’s February cosmetic procedure came three months after the MTV personality married Larangeira in November 2019.

The pair’s wedding caused a fallout between Pivarnick and her Jersey Shore costars Nicole “Snooki” Polizzi, Jenni “JWoww” Farley and Deena Nicole Cortese, who made jokes about the bride during her reception.

“I live day by day, so I’m going to try to forget about the past,” the Couples Therapy alum told Us in December 2019, alluding to the wedding drama. “My thing is, I forgive too many people too quickly. I’m going to stop doing that, so for 2020, that’s also a new thing. I’m going to keep my circle way smaller, you know? I think right now, all I need is my husband and my family and his family.”

When the controversial toast played out on Jersey Shore: Family Vacation, Pivarnick revealed on social media that it was still painful for her and Larangeira to watch.

Couples Who Survived the Reality TV Curse (So Far)

“My husband was distraught and I was acting like I was okay with this,” she tweeted at the time. “I saw his face and I snapped because I know my husband and I know the look in his eyes. I just couldn’t hold it back anymore. I was also mad don’t get it twisted.”

The pair said “I do” nearly two years after getting engaged in January 2018. The couple had been dating for one year when the sanitation worker popped the question after enjoying a “beautiful Italian dinner,” a source told Us at the time.

“I followed a trail of rose petals all the way to his bed,” Pivarnick told Us of the proposal. “He proposed and then we laid in the roses.”

Us Weekly has reached out to both parties for comment.