We’re taking a trip down memory lane through Jennifer Lopez’s storied relationship history. From A-listers like Ben Affleck and Bradley Cooper to dancers like Casper Smart and Cris Judd, the multi-hyphenate superstar has been linked to many a sexy man over the decades. Now that she’s ended her two-year engagement to retired MLB star Alex Rodriguez in the wake of a cheating scandal, it’s time to look back on all of J.Lo’s romances…

RELATED: Celebs engaged more than once: See all their rings

Jennifer Lopez’s high school sweetheart relationship with David Cruz lasted into her mid-20s. They began dating when she was just 15 years old and reportedly stayed together until she was 25.

Wesley Snipes and Jennifer Lopez reportedly had a short-lived romance in the mid-’90s. The two briefly dated after meeting on the set of “Money Train,” where J.Lo incidentally filmed her first sex scene with the actor.

Jennifer Lopez has had a tough time escaping the drama that’s come with her first husband. She met waiter Ojani Noa in a restaurant in Miami and they married in 1997 but divorced a year later. Ever since then, Ojani has given J.Lo a hard time. In 2006, she sued her ex to prevent him from publishing a book about their marriage, claiming he was violating a confidentiality agreement, and won the case the following year. In 2015, it emerged that Ojani was trying to use old photos and video footage from their honeymoon in a project. Horrified, Jennifer filed a $10 million lawsuit to stop him.

While this romance was never confirmed, the rumors of Mariah Carey and Jennifer Lopez’s strained relationship allegedly began because of a love triangle. Mariah was married to Sony exec Tommy Mottola until 1998, the same year that J.Lo divorced first husband Ojani Noa. In the midst of the divorce, Tommy began investing more energy in Jennifer’s career. The two songstresses’ relationship has reportedly been tense ever since.

Jennifer Lopez and Diddy — who was then known as Sean “Puff Daddy” Combs — were a serious power couple from the late ’90s into the early aughts. The rapper was by her side for some of her most iconic red carpets moments, including when she donned the infamous green Versace dress at the Grammys in 2000. After some alleged cheating suspicions and a headline-making nightclub shooting incident — J.Lo and Diddy were both brought in on weapons charges, though she was quickly released — she ended the relationship. But the two are on good terms now! Diddy told “Access Hollywood Live,” “Oh my God. I’m so lucky to have that great woman in my history, she is one of the greatest I’ve ever seen.”

Following her split with Diddy, Jennifer Lopez married Cris Judd, one of her former backup dancers. They met in 2000 when he was hired for her “Love Don’t Cost A Thing” video then dated and quickly tied the knot in 2001. But by July 2002, Jennifer had filed for divorce. She later told Vibe of the relationship, “I loved Cris, still love him, he’s one of the best people. This wasn’t an easy thing to walk away from, but we didn’t have what it takes to make a marriage work.”

When Jennifer Lopez and Ben Affleck became a couple, they also became a huge media sensation known as “Bennifer.” They co-starred in the famous 2002 flop “Gigli” as well as 2004’s “Jersey Girl” — and who can forget Ben’s (very tanned) turn in her music video for “Jenny From the Block”? They got engaged after just a few months of dating and set a wedding date for September 2003, but it all came crashing down when the nuptials were put on hold. They blamed it on “excessive media attention” and barely four months later, they confirmed the romance was over. Jennifer later told People magazine, “I think different time different thing, who knows what could’ve happened, but there was a genuine love there.”

Jennifer Lopez married a long-time friend, salsa singer Marc Anthony, in 2004 in a private ceremony at her home barely five months after ending things with Ben Affleck. In February 2008, the duo welcomed twins Max and Emme. The exes announced their split three years later in 2011 and the divorce was finalized in 2014. Despite their breakup, the two remain close, as evidenced by the kiss they shared at the Latin Grammy Awards in December 2016. While that kiss fueled the rumor mill, is was quickly made clear they are simply happy co-parents these days. Jennifer shared some nice words at the awards show, saying, “Marc is a living legend. He is a magical and pure artist giving away classics that will stay forever. He will always be many things in my life.”

Just a few months after her split from with Marc Anthony, Jennifer Lopez was linked to Bradley Cooper. In September 2011, they had dinner at New York City’s Per Se restaurant. A month later, they were photographed driving together in Los Angeles. “After their date in New York, Bradley and Jennifer stayed in touch,” a source close to J.Lo told People magazine at the time. “She does like his attention, and it makes her feel good that he seems so into her. She has a fun time with Bradley and he makes her laugh.” Whatever was going on, nothing came of it. Plus Jennifer was soon linked to a much younger man…

Jennifer Lopez found yet another passionate relationship with dancer-choreographer Casper Smart, who would be her on-and-off boyfriend for years. Jennifer began dating Casper in late 2011. She told People magazine, “I just got out of a big, heavy, devastating thing, and he’s helped me heal.” The couple had their fair share of short breakups before splitting for good in August 2016. They remained on good terms, with J.Lo telling Bravo host Andy Cohen, “He’s a good friend.”

Jennifer Lopez embarked on an epic romance with former Yankees player Alex Rodriguez less than a year after her final split from Casper Smart. In early March 2017, news broke revealing that the superstars had been secretly dating for weeks. Later that month, A-Rod gushed about his new girlfriend during an appearance on “The View,” calling her “amazing” and praising her skills as a mom. “She just likes simple things. I mean, she’s a very, very simple person. Loves family. Is a great sister. Is a great daughter,” he said. Two years later, Alex proposed with an enormous diamond ring — and Jennifer said yes! But two years after that, in March 2021, they endured a rough patch that sparked split reports in the wake of an A-Rod cheating scandal. A month later, they confirmed they couldn’t make it work and had split after realizing “we are better as friends,” they said in a statement. 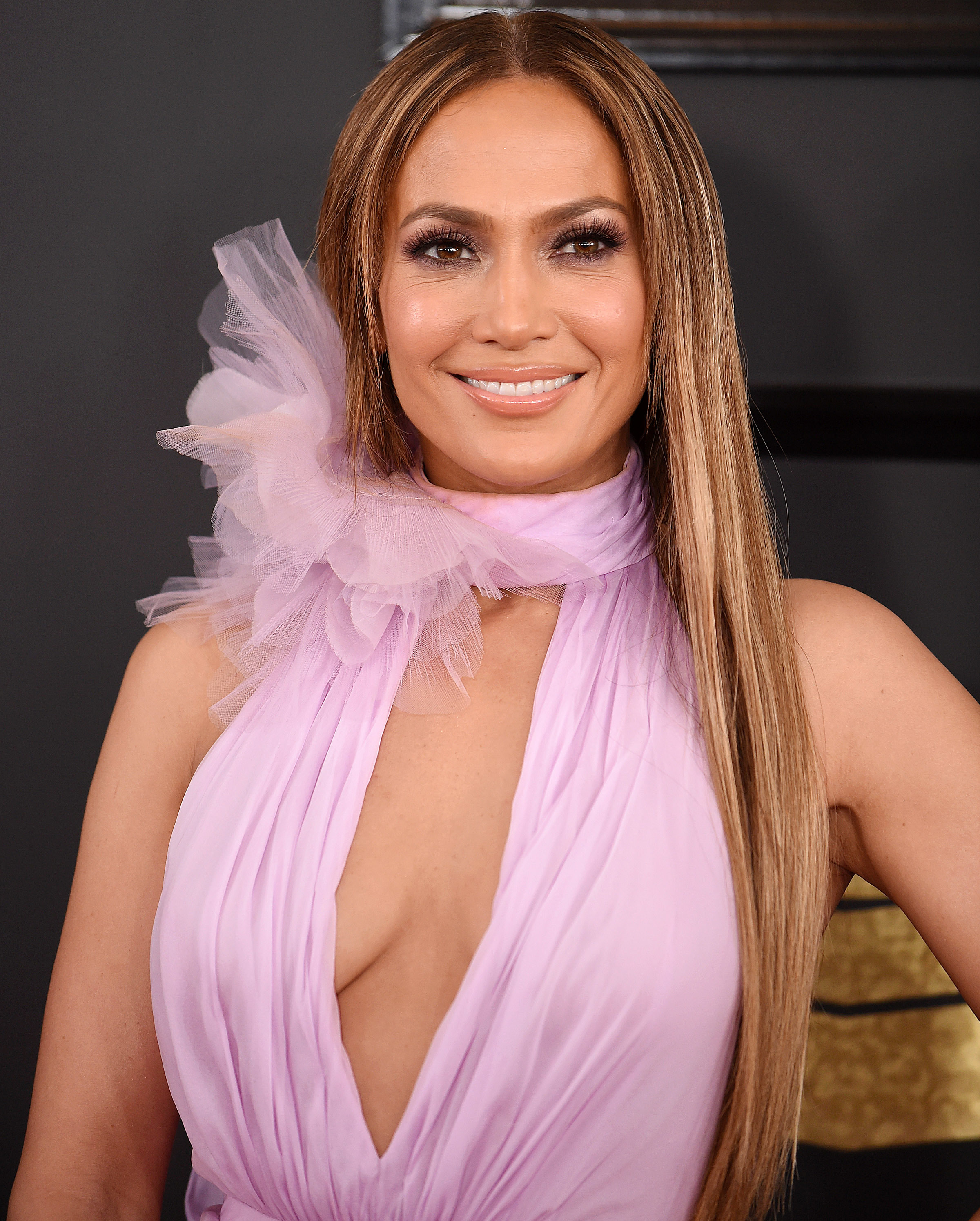 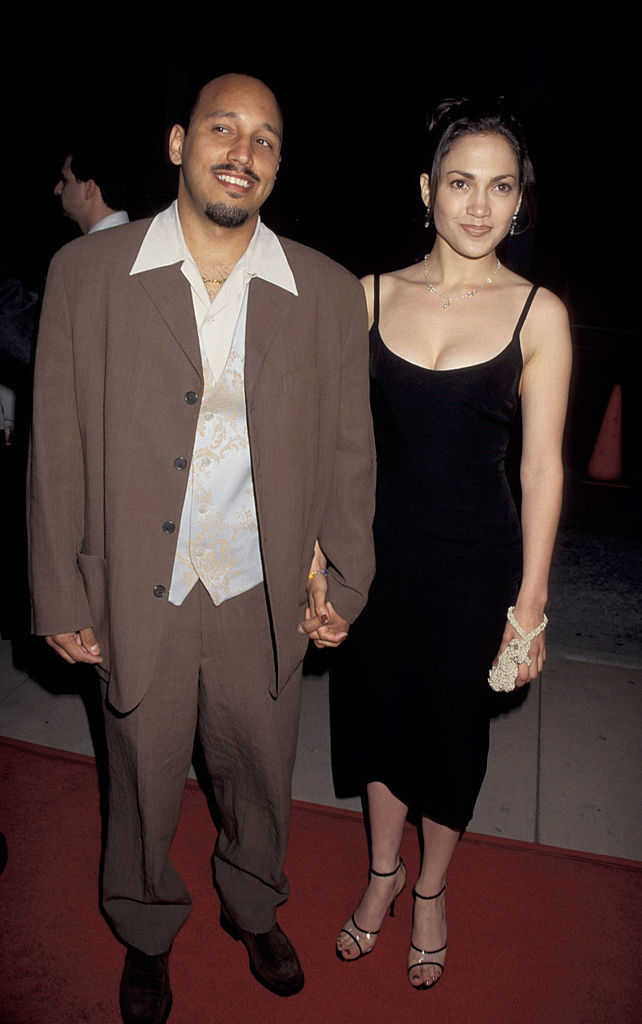 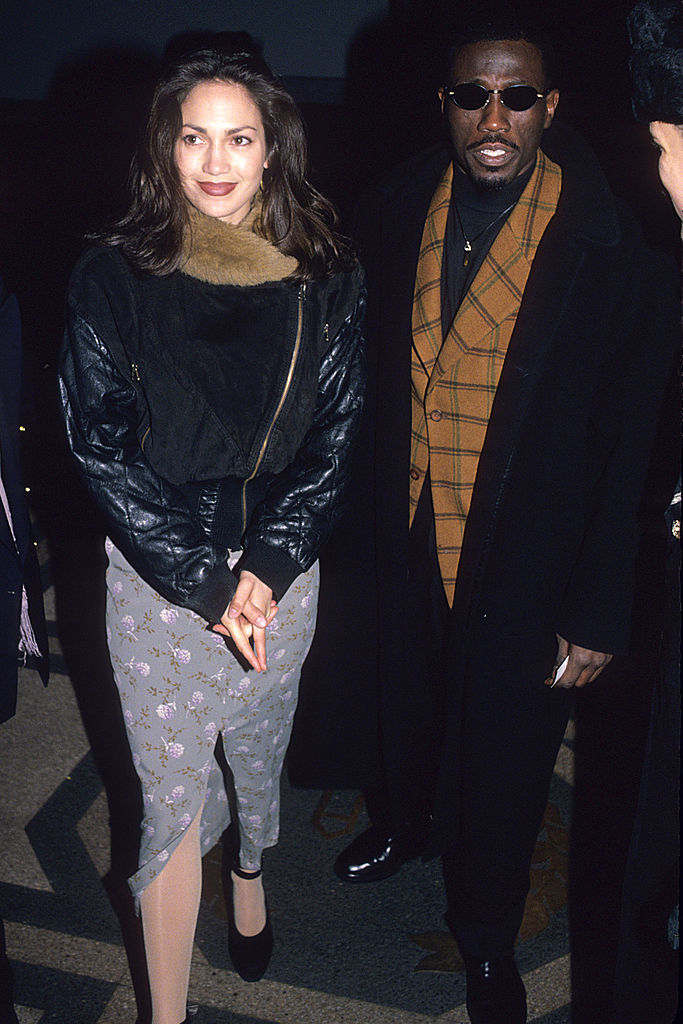 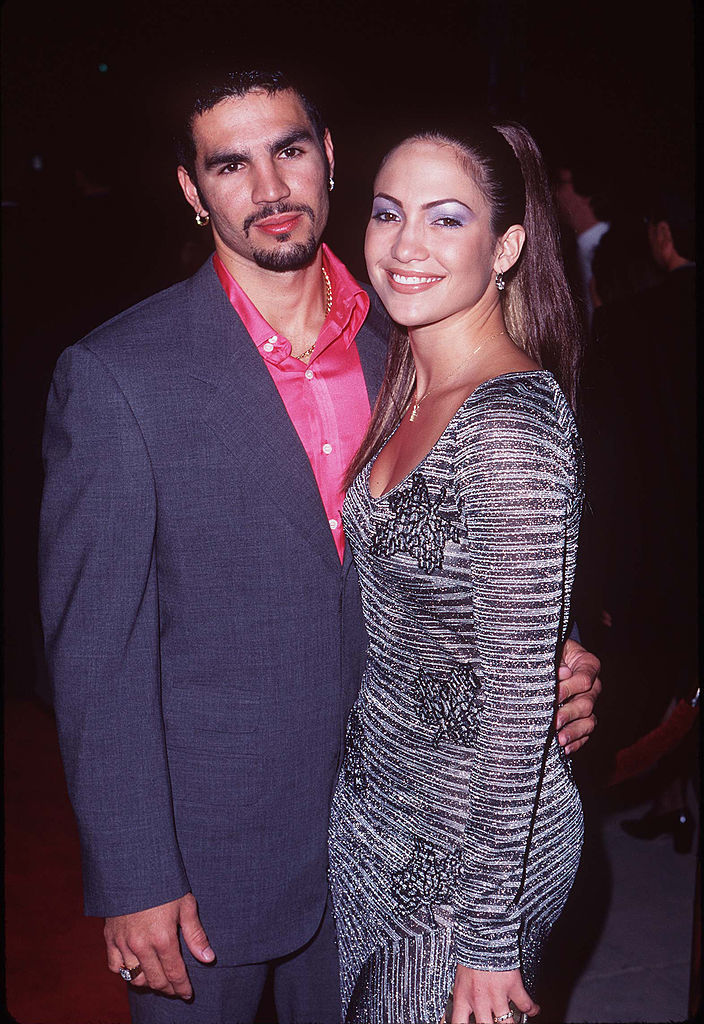 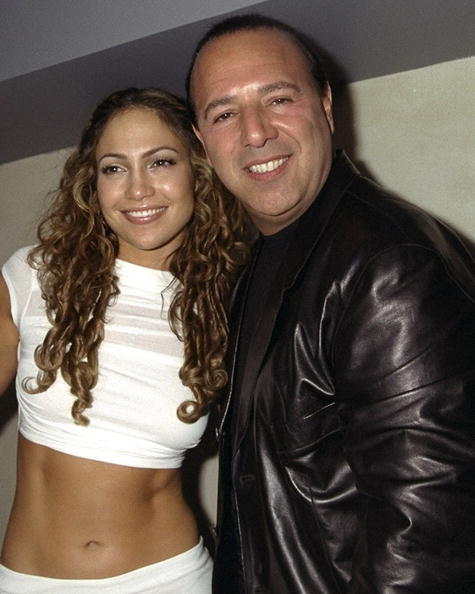 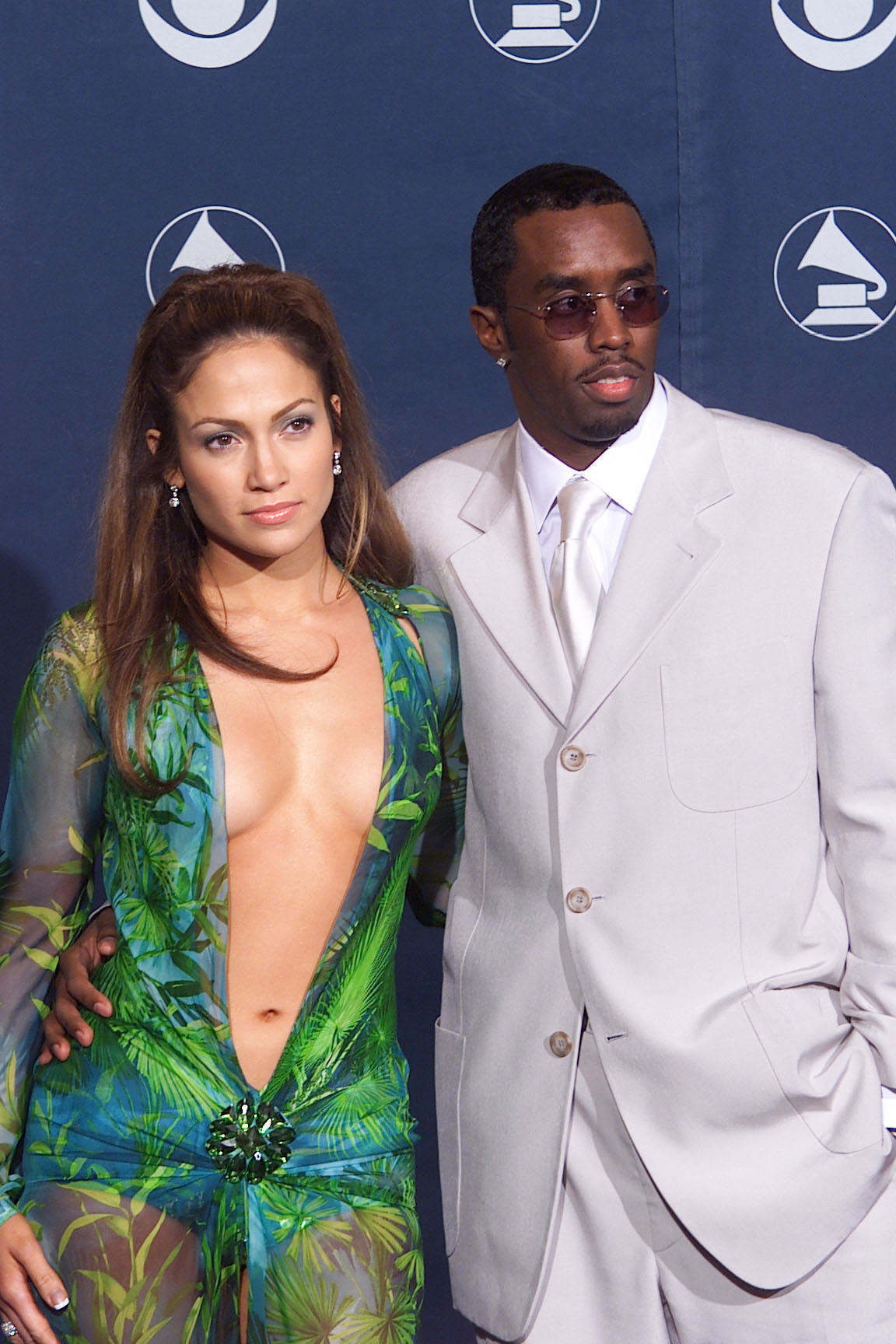 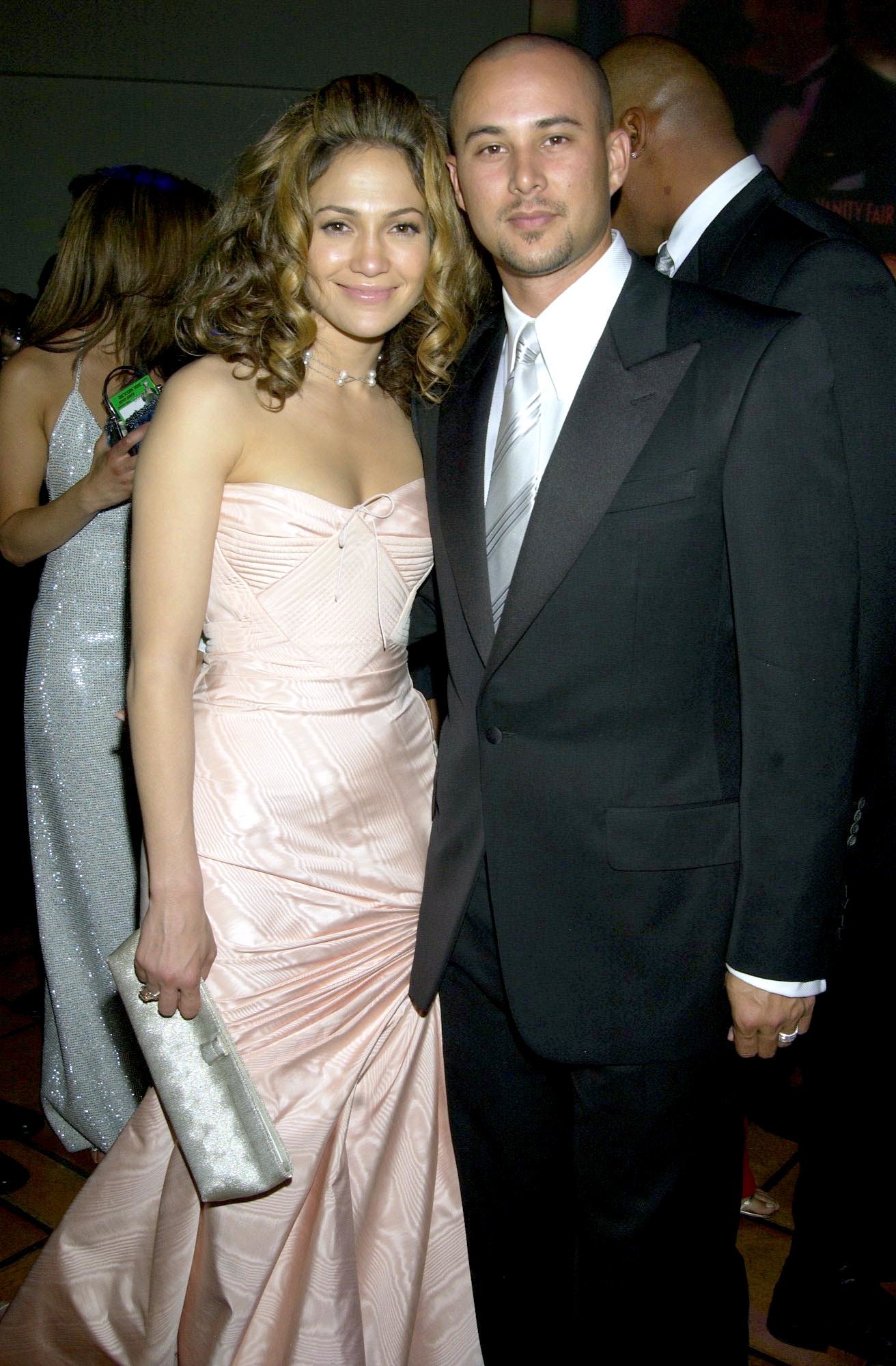 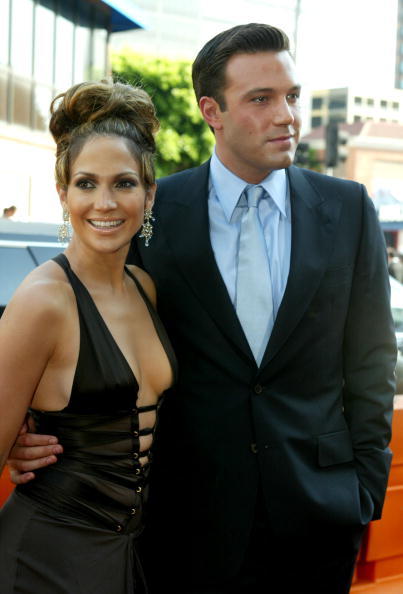 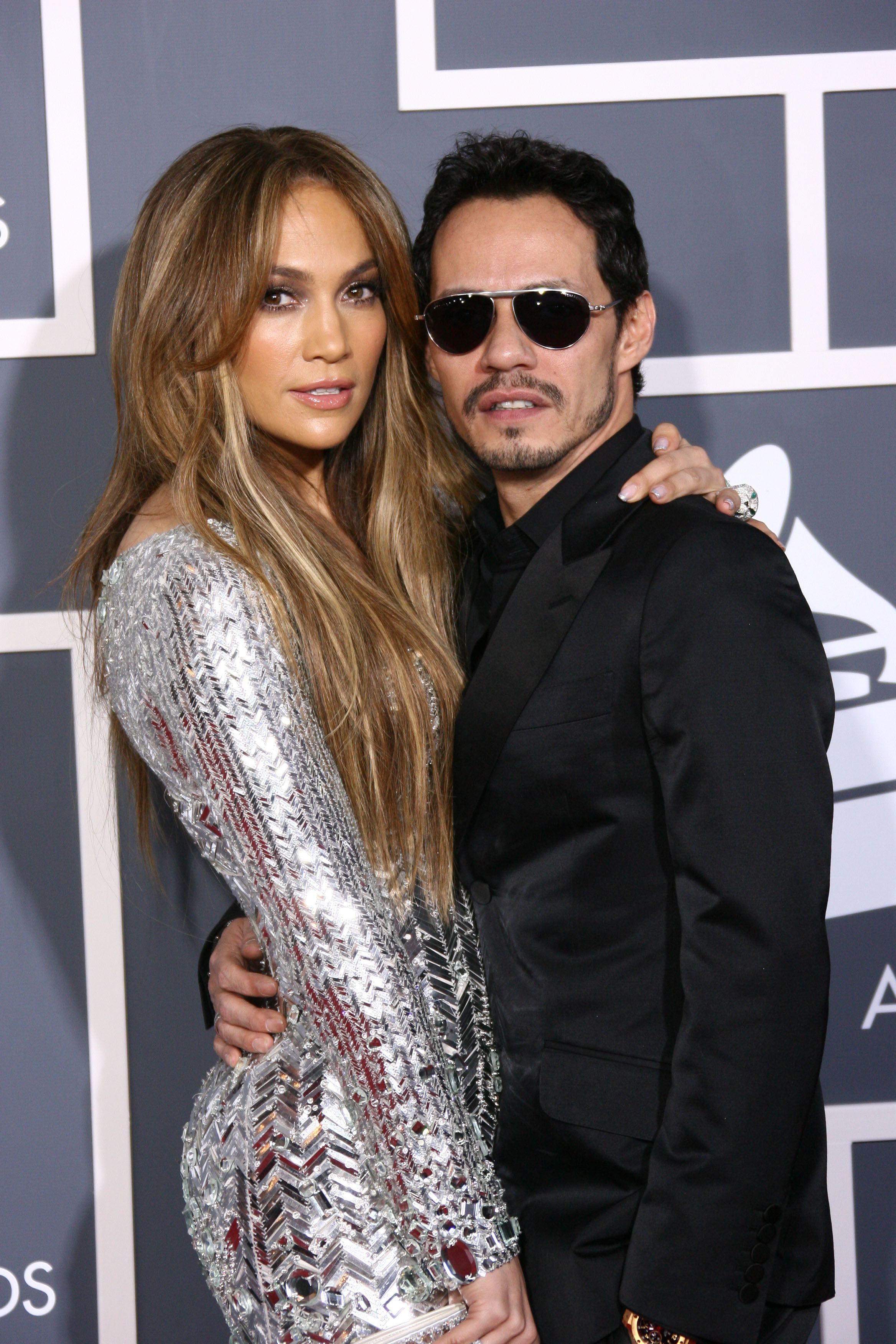 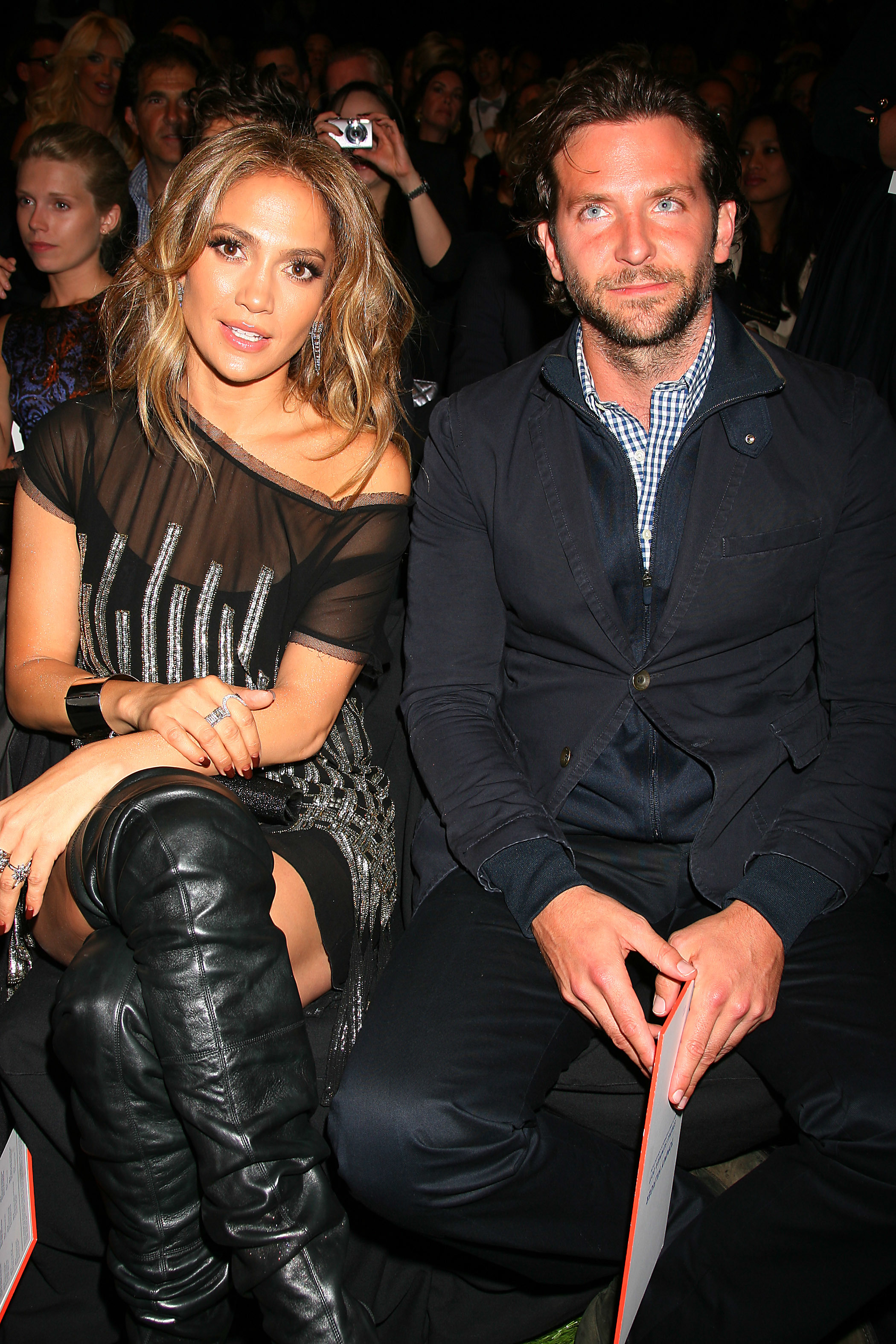 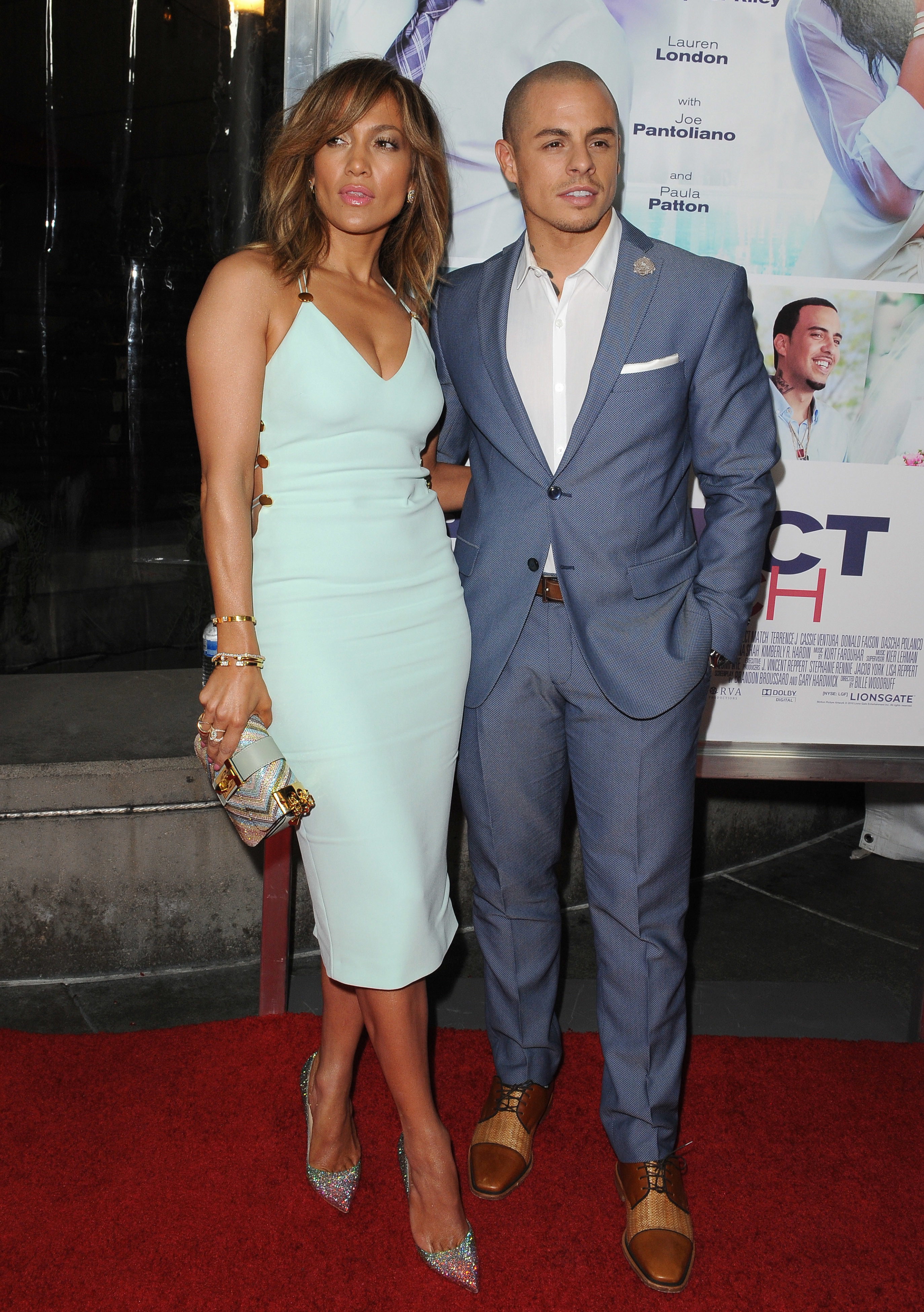 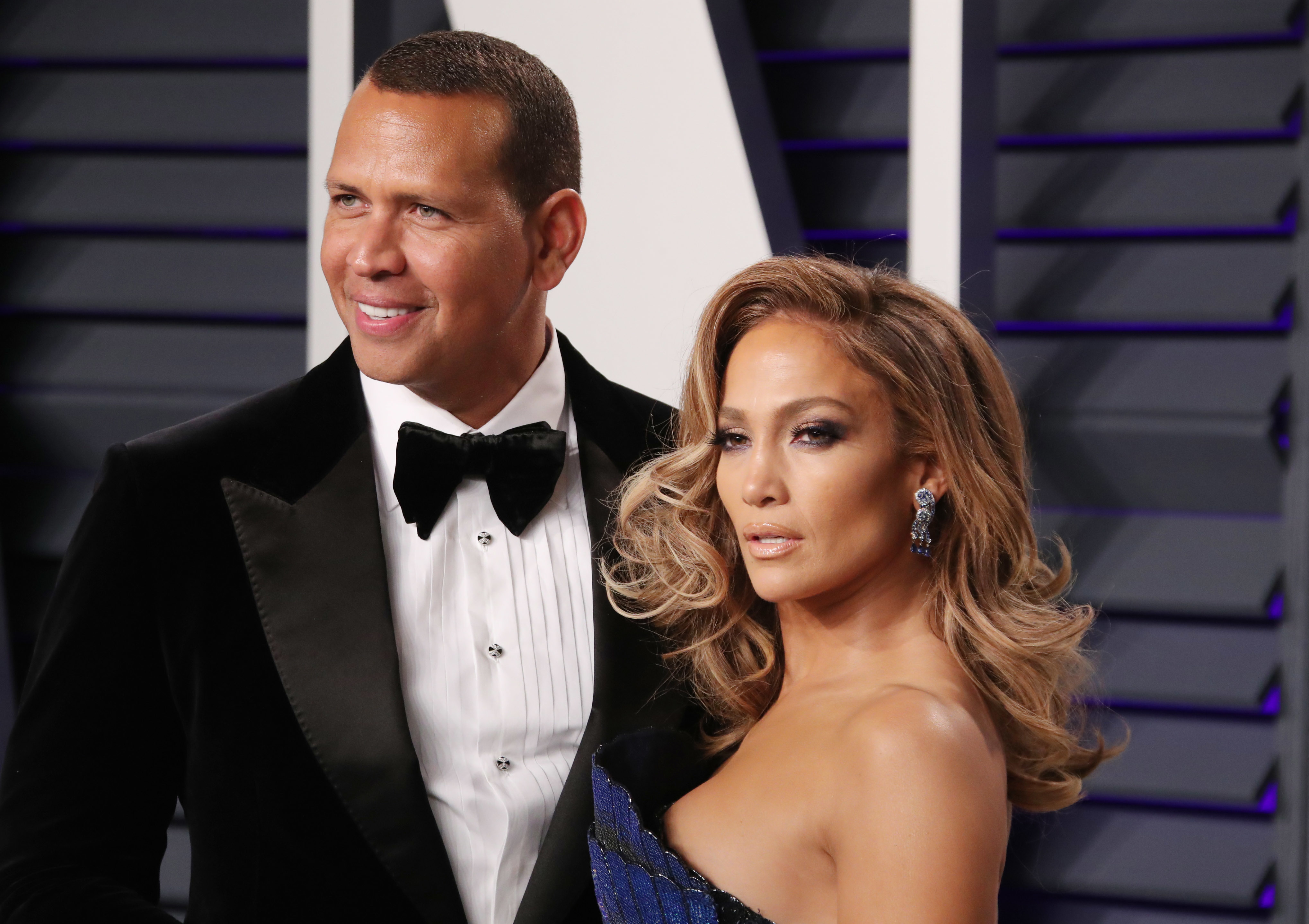 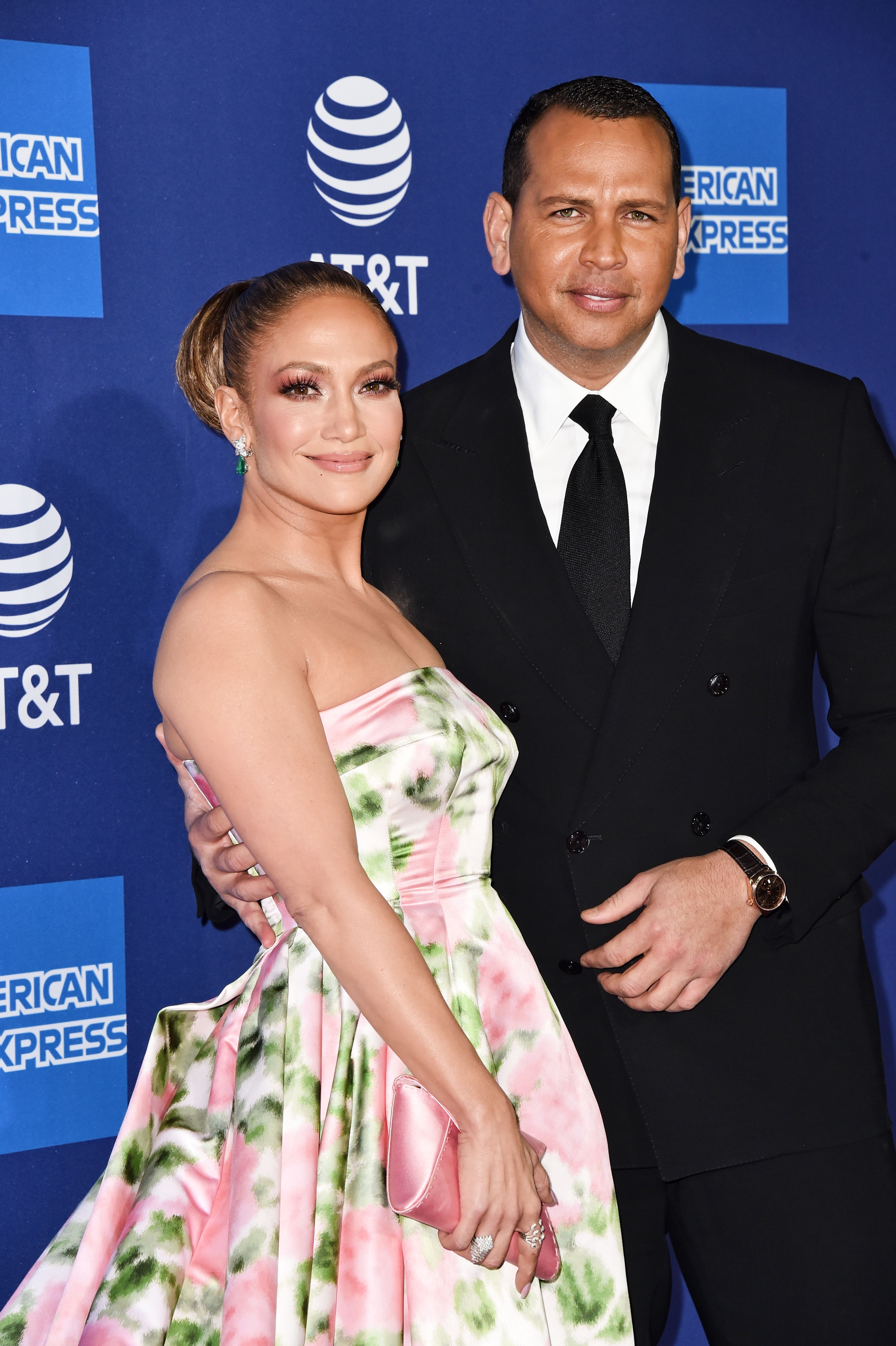