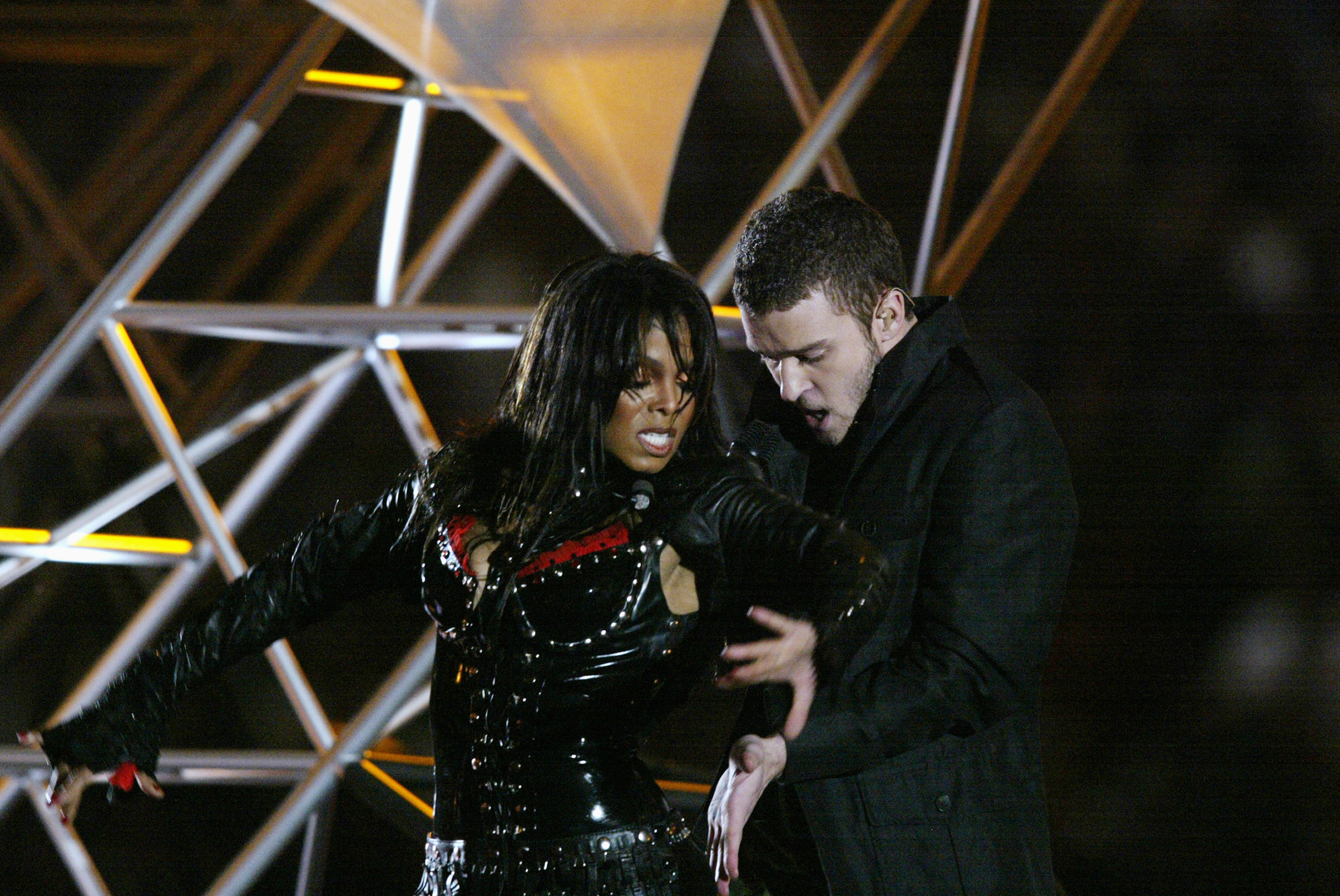 Can we all agree that Justin Timberlake embodies everything about white male privilege in music?

Not only has he just, for the first time, acknowledged this but he unintentionally proved it in the same breath.

The very fact he waited 17 years to publicly apologise to Janet Jackson for the Super Bowl nipple mishap – something he played an equal part in – and even then only giving her a brief mention so as not to draw too much attention to it, embodies the very existence of his privilege as a young, handsome white man in the music industry.

I’m doubtful this apology would have come if his character wasn’t under such intense scrutiny.

Framing Britney Spears, a documentary which aired last week, hones in on Justin’s treatment of his pop star ex-girlfriend following their split in 2002 and how he perpetuated the suggestion that she was to blame for the demise of their relationship.

If you’ve watched the Hulu documentary – or are simply old enough to remember coverage at the time – you’ll likely agree that Justin’s apology to Britney was more than warranted.

The blame and rumours that Britney cheated on Justin only spurred on the unrelenting criticism of her sexy image, which was deemed too provocative for her young audience despite her being a woman in her early 20s at this point.

However, Britney wasn’t the only woman in Justin’s orbit who was subjected to blame for something he was equally accountable for.

Lumped in with his apology to Britney was, bizarrely, a miniscule mention of Janet.

It was in reference to the moment at the 2004 Super Bowl halftime show where Justin tore off her bodice mid-performance exposing her breast.

What was probably intended to be a jaw-dropping moment that would leave the world in awe, did quite the opposite, attracting widespread backlash, an investigation and significantly tarnished a Black woman’s career.

Janet may be the younger sister of Michael Jackson but she was nonetheless a star in her own right.

By the time she performed with Justin at the Super Bowl, the Rhythm Nation hitmaker had five number one albums on the US Billboard 200 chart and five Grammy Awards.

For perspective, she’s never won a Grammy since even with the critically-acclaimed album Damita Jo and bangers like Call On Me and I Want You.

Yet, Justin, on the other hand, saw his career flourish.

Two years after the Super Bowl, he landed his first solo number one album with his most successful record to date, FutureSex/LoveSounds, which has sold over 10million copies worldwide.

It boasted production from music genius Timbaland and further cemented Justin’s position as a crossover R&B singer with sultry songs like SexyBack, My Love and Until The End Of Time.

In fact, when you look at the majority of Justin’s solo catalogue – and that of NSYNC – it’s heavily immersed in Black culture. Justin’s history of collaborations reads like a who’s who of hip hop from Jay Z to T.I. and Snoop Dogg.

Hip hop and R&B are renowned as genres that are particularly welcoming of non-Black artists – Eminem is widely regarded as one of the greatest lyricists of all time and Adele is considered to be a soul singer.

With that in mind, Justin fit in like a glove in the noughties – he had the vocals, the moves and the ear to know what would appeal to both his pop and R&B fan bases and bring them together.

Even Justin Bieber has struggled to earn respect as an R&B artist. Not many have – or will in the near future at least – achieved what Timberlake has.

As a Black woman and a genuine fan of Justin’s music, it’s insulting that someone who has so blatantly been able to profit from Black music couldn’t speak up for a Black woman being thrown to the wolves when he had the power and influence to help.

Justin didn’t need to be Janet’s white saviour – he simply needed to be a visible ally.

It took until two years after the Super Bowl for Justin to acknowledge that Janet was unfairly blamed for the ‘wardrobe malfunction’.

In his interview with John Norris, Justin insisted: ‘If there was something that I could have done in her defense… I would have.’

There was a lot he could have done to defend her at the time – such as actually defending her in a statement to explicitly state that they equally took responsibility.

With this in mind, it’s confusing that Justin wouldn’t then give Janet the space to receive the full, direct apology she deserves. Instead, he grouped her in with Britney, seemingly trying to hit two birds with one stone.

I don’t doubt that Justin’s sorry for his past behaviour and that he has changed now as a married 40-year-old with two children, but his failure to properly call himself out for his lack of support for Janet comes across as though he’s really learned nothing.

In his statement, Justin said this apology is the ‘first step’ and ‘doesn’t absolve the past’.