Fans of Dr. Quinn, Medicine Woman surely remember the series for its groundbreaking female lead and ahead-of-its-time plotlines. When star Jane Seymour looks back on that time in her life, she first and foremost recalls the “lowest depths of despair” that brought her to the series.

“The first thing I remember is that my ex-husband at that time had lost all our money, left me nine million in the red with lawsuits from every major bank,” Seymour tells ET’s Kevin Frazier. “I was homeless, penniless and I called my agent and said I would do anything. He called the networks, and they said, how about a little movie of the week? But she has to sign for five years in case it becomes a series, she has to start tomorrow morning — less than 12 hours from now — and that was it.”

The series, which starred Seymour as a 19th-century doctor working in a wild west town, ran for five years starting in 1993. And who better to kick of ET’s Iconic Leading Ladies of the ’90s week — which will also feature interviews with Melissa Joan Hart, Tisha Campbell, Suzanne Somers and Patricia Richardson — than the one-time highest-paid woman on TV?

“They saved my life. I got a roof over my head, I got some money so I could get back on my feet, and my kids could come out to the set and do their schoolwork in the trailer and they wrote the most beautiful material ever,” Seymour says. 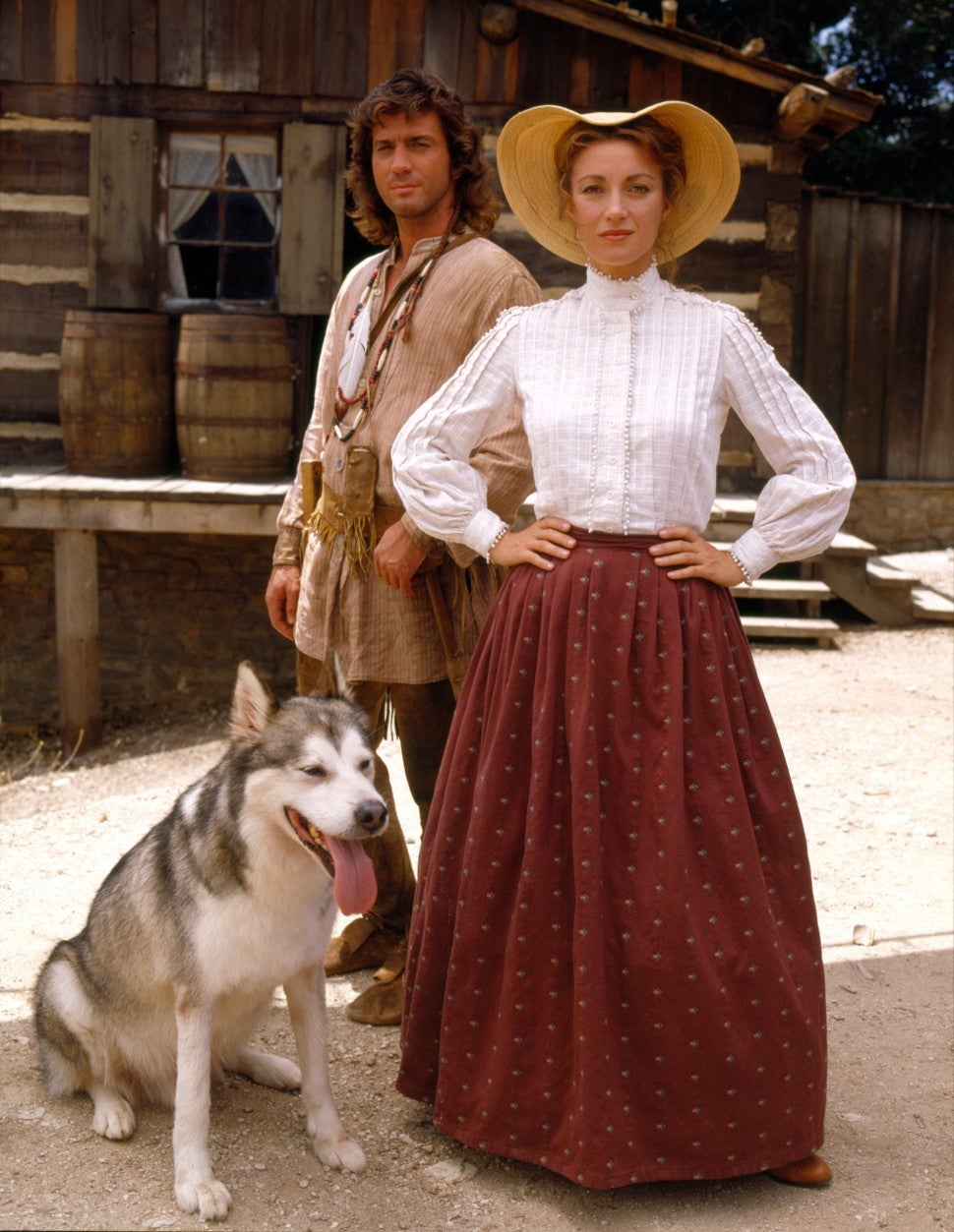 Dr. Quinn quickly became appointment television, with Seymour cheekily crediting the show’s success to one co-star in particular: “There was a really gorgeous guy called Joe Lando playing a man called Sully. I think most of the women went, ‘Oh, yes!’ So, we ticked that box.”

For Seymour, this too comes with its own offscreen baggage.

“Never fall in love with your leading man in the pilot and then break up before they pick it up,” she laughs, adding that Lando and her are now dear friends. But then? “We fell madly in love, ran off to Bora Bora, he realized that everyone recognized me even in the middle of nowhere and that wasn’t going to work. So, that was it. And then they picked up our show. So, all that sexual tension you saw, it was real!”

“I remember not even talking to him and then we’d be feeding one another berries and we’d be half-naked jumping off cliffs and kissing and everything,” she recalls. Complicating matters further, Seymour married director James Keach. “James Keach was one of the regular directors on [Dr. Quinn], and he had to direct Joe and I making out,” she adds.

Seymour recently began watching the series again with her grandchildren — “They just think it’s great” — and found herself struck by how relevant certain themes are to today. “It dealt with everything — racism, bigotry, alternative medicine, immigration,” she lists off. “I’m astounded that of all the shows that have been brought back, that’s the one that hasn’t. It’s a no-brainer really.”

As for reboot talk, original creator Beth Sullivan has scripted a follow-up. “It would pick up 26 years later,” Seymour teases. “It’s turn of the century. [There was] a lot of women’s rights and a lot of activism that was going on at that time, so a lot of issues that we’re dealing with today.” The original cast is already onboard, chief amongst them Seymour. Nearly 30 years later, she doesn’t have to do Dr. Quinn, she wants to.