James Denton and Teri Hatcher are reuniting on screen for the first time since “Desperate Housewives” ended in 2012.

The pair are starring in Hallmark’s “A Kiss Before Christmas” this holiday season, part of the network’s annual “Countdown to Christmas” programming.

“It doesn’t feel like it’s been nine years,” Hatcher, 56, told Fox News. “It’s one of those situations where I know a lot of time has passed, but it feels like no time has passed… I tell people it’s like putting on my old favorite cashmere robe. It’s just so comfortable and cozy and I just want to stay in it forever.”

“That’s what it feels like working with you,” the actress told Denton, 58.

In the film, Denton plays real estate development executive Ethan Holt who has a wife named Joyce (Hatcher) and two teen children. On Christmas Eve, Holt discovers he’s losing out on a major promotion, prompting him to wish that his life had taken a completely different path. And with a little Christmas magic, that wish becomes a reality.

The next morning upon waking up, Holt learns he isn’t married to Joyce and has no children. It’s Joyce who becomes the secret to helping Holt reclaim his original life and the family he loves.

Denton, who also serves as an executive producer, said he was compelled to give Hatcher a call when the project landed on his lap.

“I had the responsibility of coming up with a movie for myself to do on Hallmark Channel,” he explained. “I got together with Mark Amato, the writer, and said, ‘I’ve got to find something right for my age.’ Normally it’s young kids in their 30s falling in love. So we had to come up with something that made sense for a guy in the middle of his life. Mark came up with this idea that’s a little bit ‘It’s a Wonderful Life’ and a little bit ‘Heaven Can Wait.’” 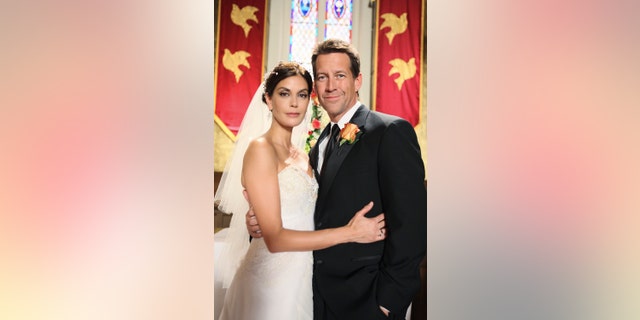 “I loved the idea of it, but then we needed an actress who could play two people convincingly that I wanted to work with that much,” he continued. “So once I contacted Teri, and she unbelievably said that she would do it, everybody got excited… It was like a rollercoaster from there. It was really, really fun.”

“I was so excited that he asked me,” she said. “I couldn’t really believe that he even thought that I wouldn’t do it… The script was so charming. I thought it was a great opportunity for us to have fun working together again.”

In “Desperate Housewives,” Denton played Mike Delfino opposite Hatcher. She starred as Susan Meyer who later became Susan Delfino when she married Denton’s character. The hit ABC series ran for eight seasons from 2004 until 2012. 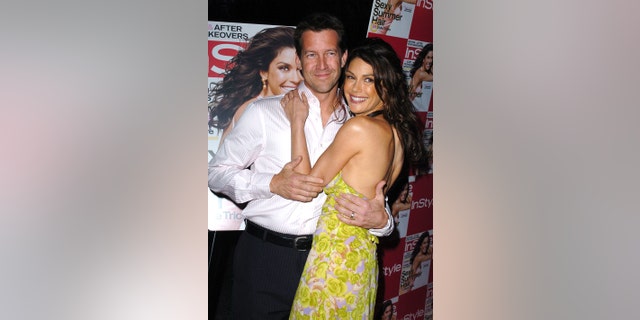 James Denton and Teri Hatcher have remained good friends over the years.
(Photo by SGranitz/WireImage/Getty Images)

Denton said the reunion would also be a special treat for fans who witnessed Delfino get killed before the show wrapped.

“People have been saying, ‘Oh my God, at least we get to see you guys together and happy,’ as opposed to me lying on her lap and bleeding on ‘Desperate Housewives,’” Denton chuckled. “Even when we started working together on this, it was tempting to fall back into the old character and become Mike Delfino again. I really had to resist that at the beginning because that’s what we’re used to.”

But not everything felt the same on set. Denton noted how filming bedroom scenes for a Hallmark movie is completely different than what they were accustomed to in “Desperate Housewives.”

“It took some of the pressure off, but it also took some of the fun out,” he joked. “Early on, we shot a bedroom scene and she’s got on silk pajamas, long sleeves, long pants, like boy, these aren’t the old days. But it was great. The problems that we’re dealing with are the same ones that everybody deals with in real life. We’re having a conversation going to bed about money and our kids going to college… So even though it’s a very different format and more clothes on, the problems are all the same.” 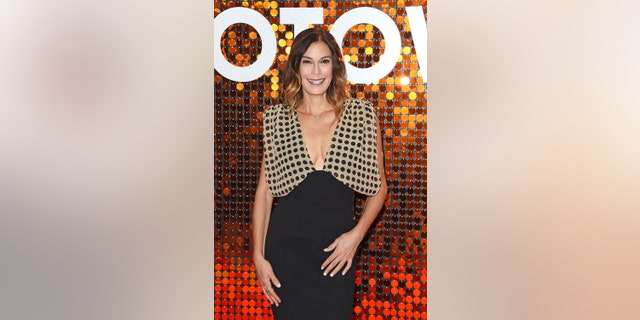 Teri Hatcher would be game for a ‘Desperate Housewives’ reboot – under one condition.
(Photo by David M. Benett/Dave Benett/WireImage/Getty Images)

“I’m the one who [wasn’t] barely wearing any clothes in the scenes!” Hatcher chimed when reminiscing.

While “Desperate Housewives” ended nearly a decade ago, Hatcher said she wouldn’t completely rule out a reunion for that series. And she even came up with a unique idea for a potential reboot.

“I sort of have this scenario where Susan goes off and becomes a J.K. Rowling-level of a children’s book writer,” she explained. “Because that’s what I was doing in the show. And I make so much money that I hire a bunch of people to build a Mike robot that I live with that you cannot tell the difference… He has really great abs and that would be my fantasy. Susan and her Mike robot. I think we should do it.”

“Count me in,” replied Denton. 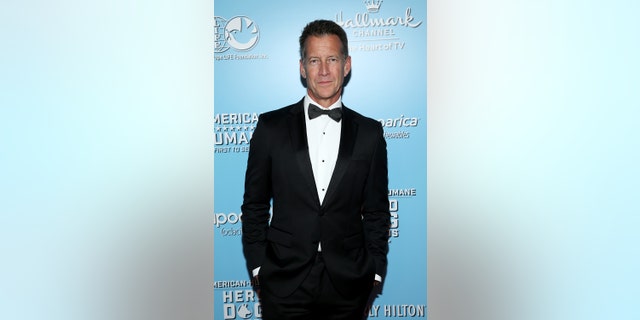 It was James Denton who made the reunion with Teri Hatcher happen.
(Photo by Phillip Faraone/FilmMagic/Getty Images)

The pair said they would be open to taking on another project together. As real-life pals, their love has endured over the years.

“Even though we had traded some emails and texts – Teri went to chef school right after ‘Housewives,’ I moved to Minnesota – we did stay in touch… but we realized we’d never seen each other, we’d never been in the same place physically since she drove away from my ghost in the front yard,” said Denton.

“But it’s one of those kinds of friendships – and I have this with Dean [Cain] from ‘Superman’ – where you don’t necessarily see each other all the time, or even talk all that often, but just know that if you needed something, we’re there for each other,” Hatcher shared. “Chemistry is sort of an ephemeral, mysterious thing. And we clearly have it. We adore each other. Now I’m pushing for a new series. I don’t know what that is, but maybe we’ll figure that out.”

"A Kiss Before Christmas" premieres on Sunday, November 21 at 8 p.m. ET/PT on Hallmark Channel.