Eminem is no stranger to feuding with other celebrities. Throughout his career, Marshall Mathers has called out everyone from fellow rappers to pop stars to actors. Reality stars weren’t safe from his wrath either as Kim Kardashian and Khloé Kardashian learned when they were namechecked in a couple of his songs.

Here’s what Slim Shady said about the sisters and how one of them responded to his diss. 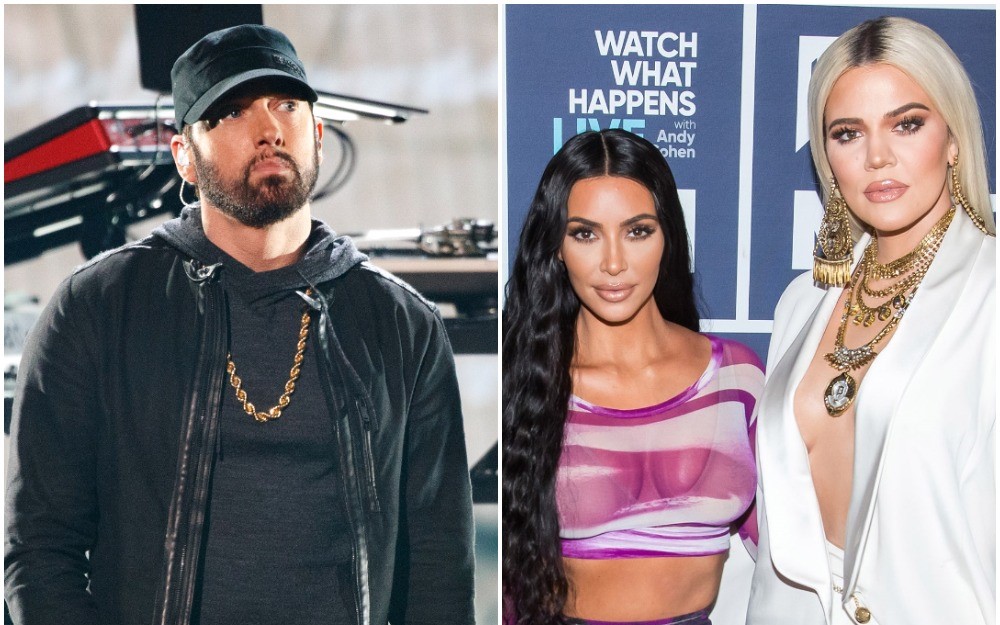 What Eminem said about Khloé Kardashian

The hip-hop artist had a harsh line about Khloé Kardashian in his 2013 song “Bezerk” when he rapped: “They say that love is powerful as cough syrup in styrofoam. All I know is I fell asleep and woke up in that Monte Carlo with the ugly Kardashian. Lamar, oh, sorry, yo, we done both set the bar low.”

After the track was released, some reports claimed that the hip-hop artist was feuding with the whole Kardashian-Jenner clan. While a number of fans weren’t happy that Eminem referred to Khloé as the “ugly Kardashian,” most know that he likes to exaggerate and aims to shock people via his music. We’re hoping the Keeping Up With the Kardashians star was able to brush it off as well.

What Slim Shady said about Kim Kardashian and how she responded

Years before dropping Khloé’s name, Em took aim at her older sister Kim in “We Made You” with the bars: “Damn, I think Kim Kardashian’s a man. She stomped him, just ’cause he asked to put his hands on her massive gluteus maximus again. Squeeze then squish it and pass it to a friend.”

When asked about the lyrics and video for “We Made You” Kim said she was “honored” to be mentioned because she is such a huge fan of the rapper. During an interview on SiriusXM, Em responded that he was glad she was a “good sport” and that he thinks it’s “cool” when people take what he says in his songs like that rather than get so offended by it.

The rumors about any bad blood between them were squashed after the interview aired.

The other Kim Em often rapped about

The KKW beauty founder isn’t the only Kim Eminem rapped about. In the late ’90s, he introduced the world to Kimberly Scott via the controversial single “97’ Bonnie & Clyde.” In it, he talks about disposing of her body and bringing their young daughter along when he does.

Eminem then released a prequel to that song on The Marshall Mathers LP called “Kim” in which he describes in graphic detail a verbal argument with her that turns violent. Despite being mentioned in a number of his tracks, Kim and the rapper stayed together for several years. They married, divorced, remarried, and in 2006 divorced again. However, they continued to co-parent their children.

Finally, in 2017, Eminem apologized to his ex-wife in the song “Bad Husband” with the lyrics: “You’re my lightning rod when my sky gets dark. I’m your shiny rocks in that tiny box. When we tied the knot when we broke the knot. Every line we crossed we were supposed to not ’cause I loved you but I hated that me. And I don’t wanna see that side again. But I’m sorry, Kim. More than you could ever comprehend. Leaving you was f—— harder than sawing off a f—— body limb.”