Lisa Bonet turns 53 today, November 16, and we’re celebrating with a look back at her fairytale romance with Jason Momoa! Travel back in time to the early 2000s when they first met, to their secret wedding ceremony in 2017, and more sweet moments!

Hollywood romances are unpredictable to say the least. But, there’s one couple whose love remains stronger than ever — Lisa Bonet and Jason Momoa. The power couple, who shared the screen in his 2014 film Road to Paloma, are what we like to call “relationship goals.” On November 16, Lisa’s 53rd birthday, we’re celebrating another year of martial bliss between the fairly private stars. — Take a look through our gallery to see some of their cutest photos to date, and follow along to reminisce over their relationship milestones! 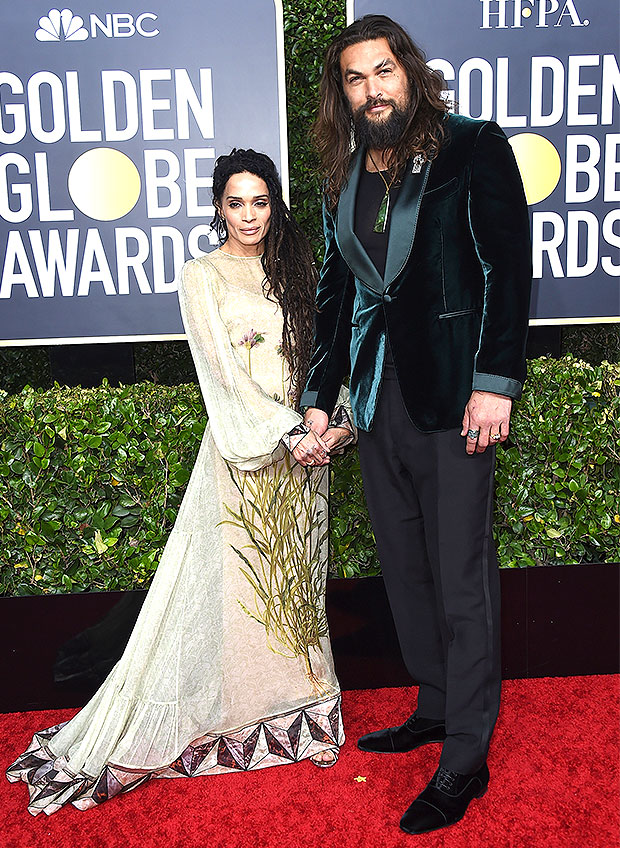 While you’ve mostly likely caught the pair on red carpets and in movies, Jason and Lisa’s love story is like any ordinary relationship. In the early 2000s, they were introduced through mutual friends at a Los Angeles jazz club. The Cosby Show alum previously recalled the special moment, and noting that they’ve been together ever since.

“I can’t say it was full-on from the moment we saw each other, but we have been together from the day that we met,” Lisa told Net-A-Porter magazine in an interview published in March 2018. The lovebirds would go on to enjoy Guinness and grits at a cafe, and the rest is history. “In that moment, love came and it came big, and he did not run as I think a lot of men do,” she continued, adding that Jason “basically picked me up and threw me over his shoulder, caveman style!” 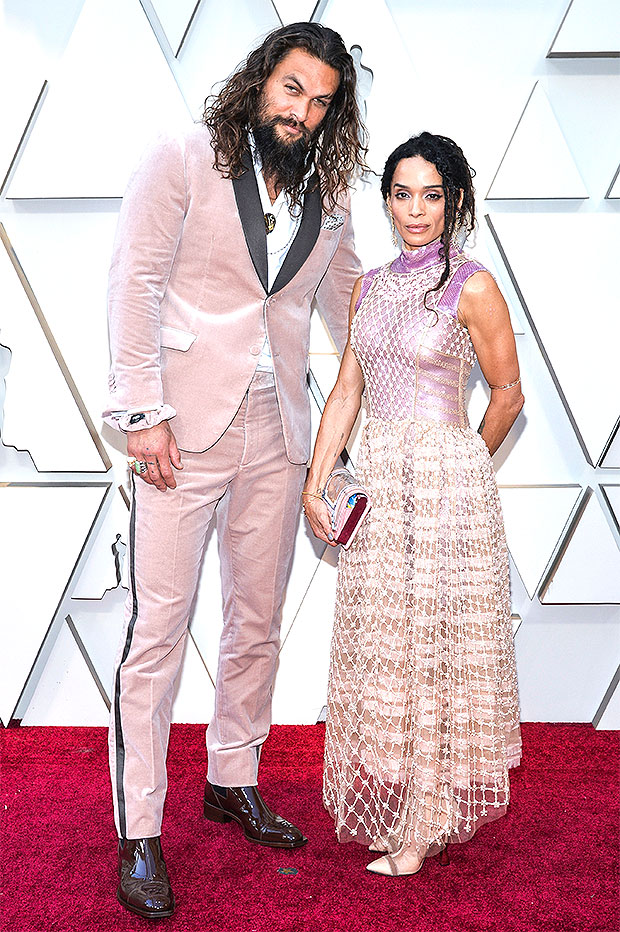 First came love, then came children. Lisa gave birth to the couple’s first child, a daughter named Lola Iolani, in 2007. In 2008, the couple welcomed a son, Nakoa-Wolf. Meanwhile, Lisa was already mother to a then teenage daughter, Zoe Kravitz from her previous marriage to music icon, Lenny Kravitz.

Lisa and Lenny, who split in April 1993, have a great relationship as co-parents and he gets along very well with Jason. In August, the internet nearly exploded when Lenny took to Instagram to share a birthday tribute to Jason on his 41st. “Happy Birthday @prideofgypsies. One family. One love,” Lenny wrote, to which Jason replied, “Love you ohana. miss u.” 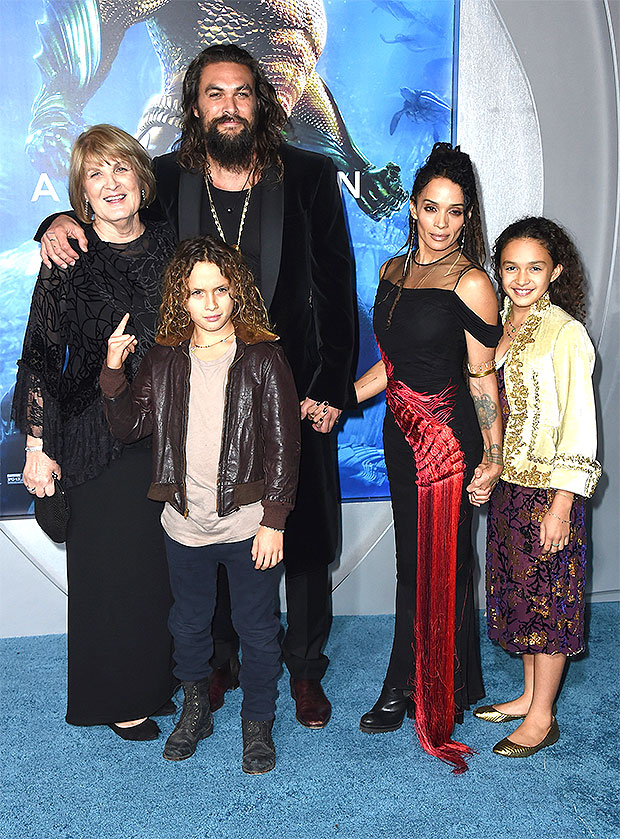 In 2014, Lisa played Jason’s love interest in Road to Paloma — the 2014 film in which the actor also wrote and directed. The Aquaman star told Collider in February 2014, that working with his beau was an “honor.” He explained, “In this business, we have to travel so far away from our families. We have two children, so if we can work together, that’s awesome,” Jason said, admitting, “Before I met her, it was a dream to work with her.” On a separate occasion, Jason has also admitted that Lisa was his “childhood crush” before they got together. 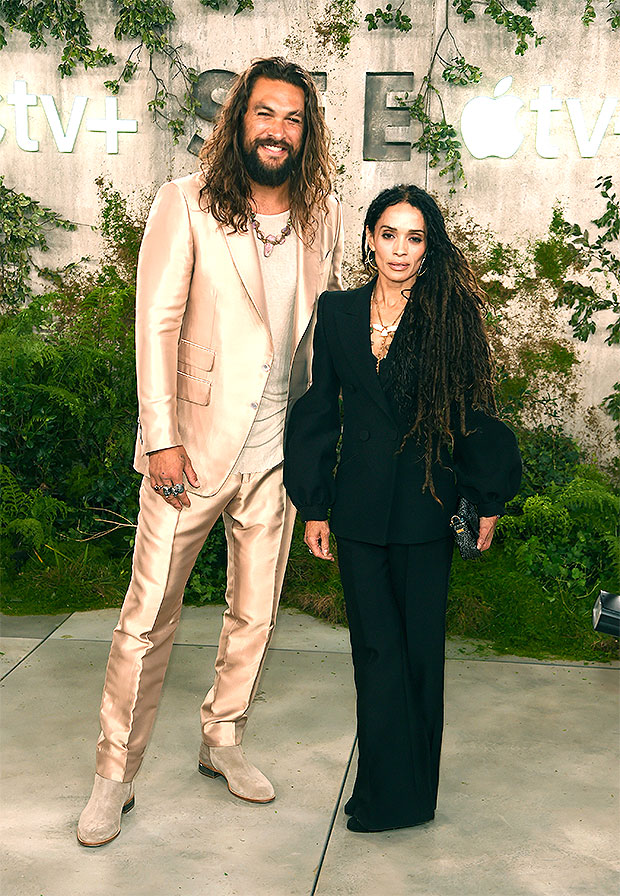 After two kids and working together, Jason and Lisa tied the knot in a secret ceremony in California in 2017. In November of that same year, Jason gushed over his lady love during an appearance on The Late Late Show With James Corden.

“Ever since I was, like, 8-years-old and I saw her on the TV and I was like, ‘Mommy, I want that one.’ I’m like, ‘I’m gonna stalk you for the rest of my life, and I’m gonna get you.’ I am a full-fledged stalker,” he joked. “I didn’t tell her that till we had two babies. Otherwise it’d be creepy.”