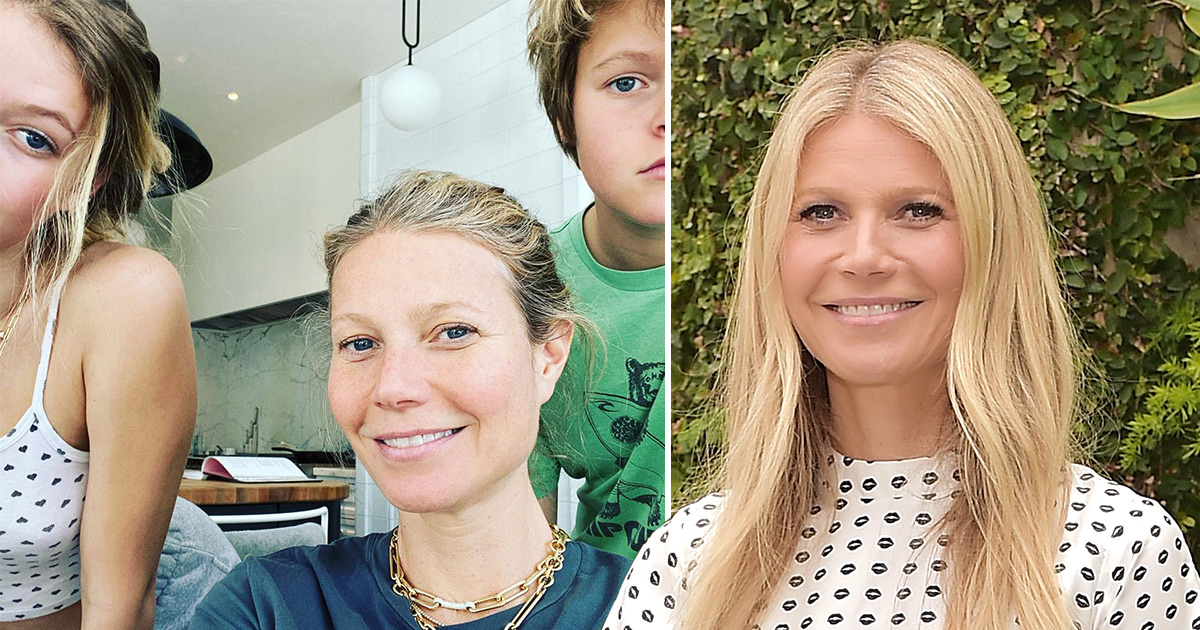 Gwyneth Paltrow has revealed she suffered a big health scare while giving birth to her first child, Apple, in a new interview.

During an appearance on Dax Shepard’s Armchair Expert podcast, the 49-year-old claimed she ‘almost died’ during her first delivery in May 2004.

The actress and her then-husband Chris Martin – who also share son Moses, 15 – welcomed Apple via C-section, and the Seven actress explained how scary the delivery had been.

‘I had two cesareans… My daughter was an emergency. It was crazy – we almost died. It was, like, not good,’ she stated.

The Goop founder did not offer more specifics about the situation before adding: ‘Anyway, there’s a big scar across your body, and you’re like, “Oh, wow, that didn’t used to be there.”

The Shallow Hal star went on to discuss how social media was now for creating unrealistic expectations of female beauty after giving birth.

She commented: ‘Thank god there wasn’t Instagram when I had babies because now it’s like if I see someone, “Oh I just gave birth two weeks ago and I have a completely washboard stomach,” and I’m like, “wow that’s not what I [looked like].”

‘And like great, more power to the lady with the washboard [abs] but that is totally the exception and then now we’re being fed all of these other images of what we’re supposed to look like all the time – babies, no babies, whatever.’

The Iron Man star added: ‘I think women really need to be friends with each other and all the judgment around how you have a baby, do you breastfeed, do you not, this that, are you going to work, are you not going to work.

‘Guess what, whatever it is, it’s OK. I feel like we also have this weird thing around, it’s past perfectionism, it’s like I can do this gargantuan task that’s superhuman and why? For what?’

Gwyneth previously told Daily Mail in 2013 that she suffered a miscarriage during her third pregnancy.

At the time, she explained that Apple, 17, and Moses would often asked her to have another child but that she ‘had a really bad experience when I was pregnant with my third.’

‘It didn’t work out, and I nearly died. So I am like, “Are we good here, or should we go back and try again?”‘

Tags: Gwyneth Paltrow, us showbiz ne
You may also like
Celebrities News