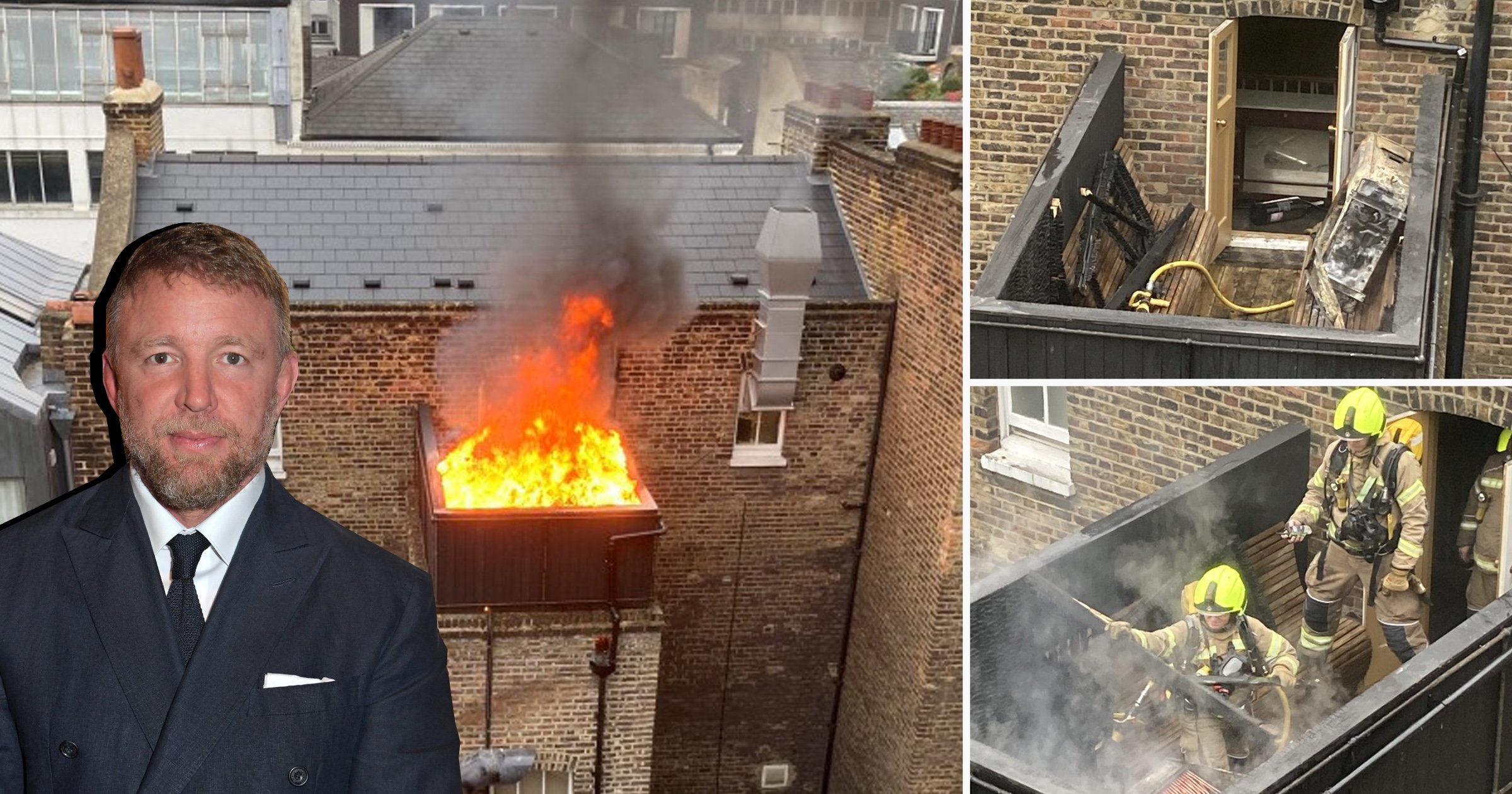 Guy Ritchie’s London pub caught on fire this morning with around firefighters seen attending the scene.

The filmmaker’s Lore of the Land pub in Fitzrovia was pictured ablaze at around 11:20am on Sunday.

Photos show the balcony engulfed in flames at the back of the pub while footage filmed by a nearby resident reveals thick plumes of smoke billowing from the building. Firefighters successfully contained the blaze before putting it out within 40 minutes of their arrival, it is claimed.

A spokesperson at London Fire Brigade confirmed to Metro.co.uk that firefighters did attend a fire at the pub but were unable to provide further details at this time.

The incident comes just seven months after another blaze broke out at Ritchie’s cosy central London pub and restaurant.

Around 70 firefighters attended the scene when the incident took place shortly after midday on June 23. The London Fire Brigade confirmed that no one was injured and the pub was temporarily closed.

Station Commander Jason Fisby said at the time: ‘The fire is within the extraction system from the first floor to the roof vent. There are no reports of any injuries.

‘Access to the seat of the fire is challenging and very labour intensive. The number of fire engines at the scene is a reflection of the need for a high turn over of firefighters wearing breathing apparatus.’

He added: ‘Firefighters are carrying out salvage work and trying to prevent water damage on the floors below.’

The pub’s famous owner, Ritchie, later showed his appreciation for the emergency services on social media alongside photos of the devastation caused by the fire, and wrote: ‘Twelve hours and seventy brave service men and women later. I admire your courage. @lordofthelandpub.’

The Lock, Stock and Two Smoking Barrels director bought the Mitchells and Butlers pub in 2018 after previously owning a Mayfair pub during his marriage to Madonna.

Together, the former couple purchased the Punch Bowl in 2008 for a reported £2.8million and it was frequented by the likes of David Beckham and Leonardo DiCaprio. However, it was sold in 2013.

Ritchie’s brewing company produces a 4% ale called the English Lore. On its website, the company explains: ‘Our four fermenters are named after the four Archangels Michael, Gabriel, Raphael and Uriel, allowing us to combine the history of both traditions, English and Biblical, in our beer.’

Metro.co.uk has reached out to Ritchie and the LFB for further comment.