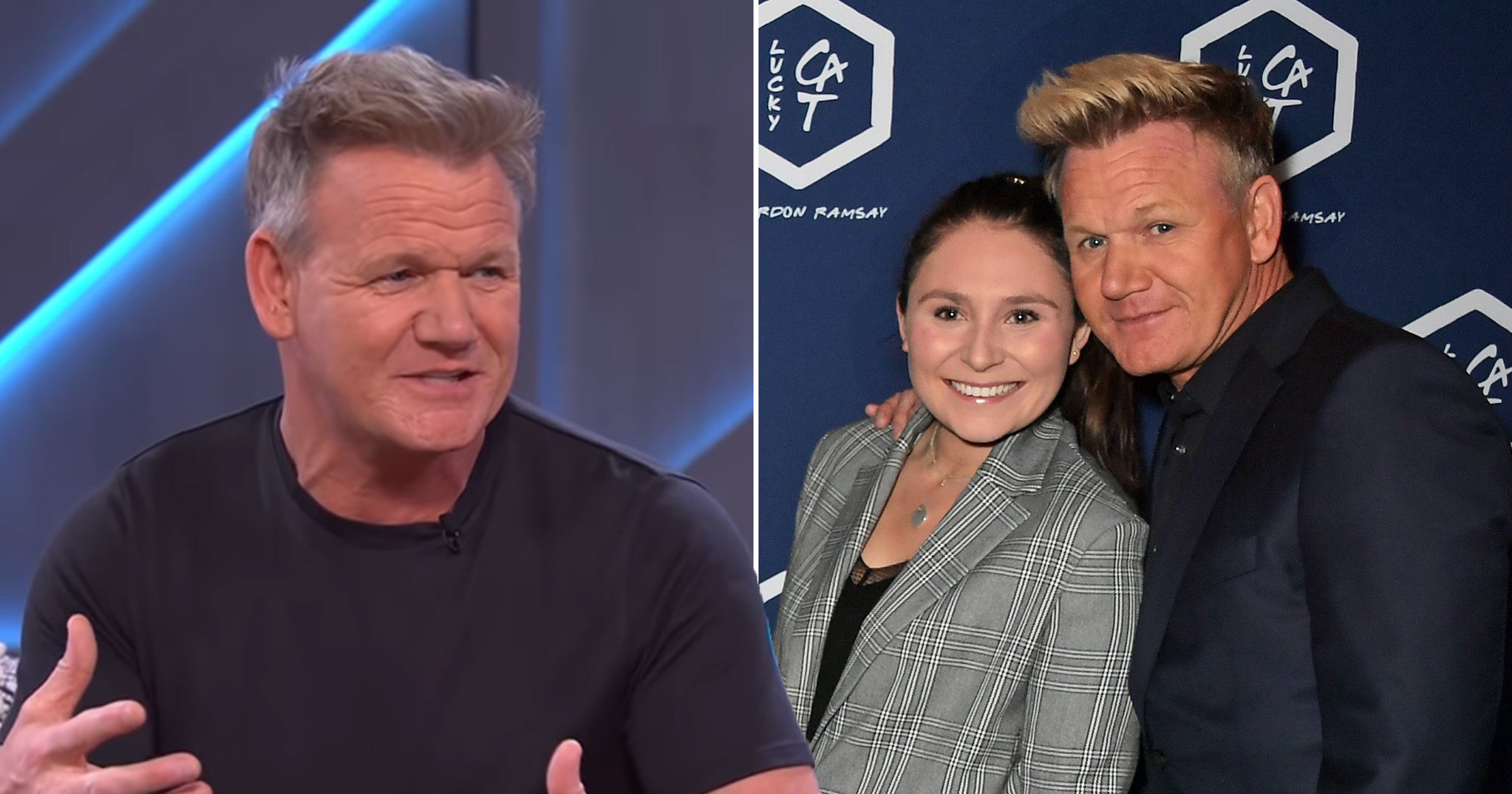 Gordon Ramsay is unsurprisingly hard to impress when it comes to his daughters’ partners, branding Megan’s boyfriend ‘pathetic’ and ‘a bit wet’.

The TV chef wasn’t exactly jumping for joy when Megan, 23, rekindled her romance with boyfriend Byron following their recent split.

It’s not known why the couple broke up in the first place but Gordon isn’t thrilled about them getting back together.

During a chat on The Kelly Clarkson Show, Gordon said on Thursday: ‘I just want the girls to be looked after, and for them to look after each other. You’re always anxious about that.’

Talking of Byron, he explained: ‘He was okay to begin with. A bit wet. A little bit sort of… you want a man to date your daughter and he was just, a little bit pathetic.’

No doubt making Byron quaking in his boots, Gordon added: ‘I want to kill the little f****r, I kid you not.’

The 55-year-old then recounted an incident to host Kelly, where he video called Byron after sneakily getting his number from his other daughter, Strictly Come Dancing star Tilly, 20.

He shared: ‘She gave me it and said, “Dad don’t do anything”, and I said, “No, just give me, if anything’s wrong I need his number on my phone”.

‘So I waited to find out when they were having dinner together and I FaceTimed him.’

Byron was apparently ‘shaking’  (shock) when he answered the phone and saw Gordon peering back at him.

‘Megan bent over and pushed [the button] and cut me off, which was so rude!’ Gordon said, adding: ‘I was just in the middle of having a proper chat!’

As well as Megan and Tilly, Gordon shares three other children with wife Tana have five children in total – twins Holly and Jack, 22, and two-year-old son Oscar.