Ginger Zee has travelled the world highlighting how the climate is changing and the effects that is having, and during the week she took to Mississippi to share some devastating consequences.

But she wasn’t alone, as she was joined by her Good Morning America co-star Max Golembo, and she revealed that it was his first time out in the field. The pair had headed for the port of Osceola to show how dried up it had become. As ever, Ginger looked absolutely phenomenal as she rocked a flannel shirt, while Max wore a North Face t-shirt.

Ginger’s hair was dept to the side, as her tresses fell down her shoulders, and she looked even more beautiful with her makeup.

“Out here on the Mississippi River water harbor at the port of Osceola,” she explained. “Record low levels on America’s water Highway… 60-90 barges lined up waiting to get down river.

“And it’s @maxgolembo’s first time in the field. VERY exciting. See you all on @goodmorningamerica.”

The pair reported on how climate change has impacted Mississippi

Fans were stunned at how far the water had receded, as one shared: “I live on the border of Minnesota and Wisconsin, very close to the Mississippi River. I am in my late 60s. I have never seen the river this low in my lifetime.”

A second added: “Record low levels, meanwhile Halloween in PA/NJ was so warm this year that we got hot in our costumes. Wild!”

A third joked about Max’s first appearance, saying: “Max in the field??? Will we pay extra for that?” 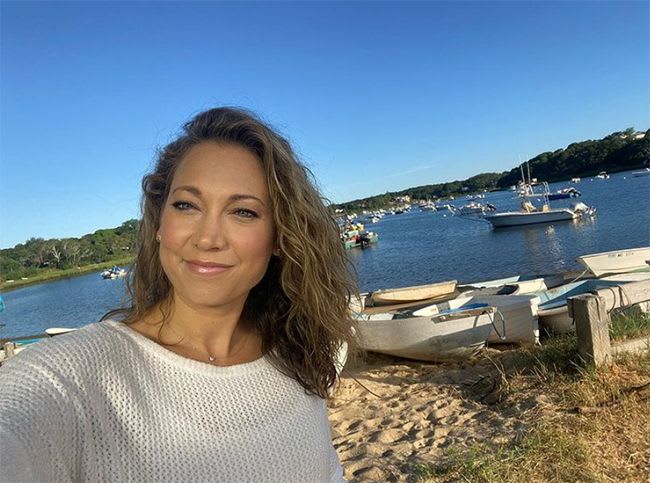 Ginger travels the world to share the effects of climate change

Her trip came shortly after she spent some time in Switzerland and shared seriously impressive glimpses from her time away, from the long journey to the Morterarsch Glacier, whose increasing melting she is reporting on.

She looks as in her element as it gets, clad in weather-proof gear and smiling ear to ear as she climbs the receding glacier in several behind-the-scenes clips.

“2022 will go down as the largest melt on record in Switzerland. On an extreme year they see 2% ice loss, this year it was 6%. While glaciers would naturally retreat, scientists we are with say humans have amplified the melting,” she explained in one post.