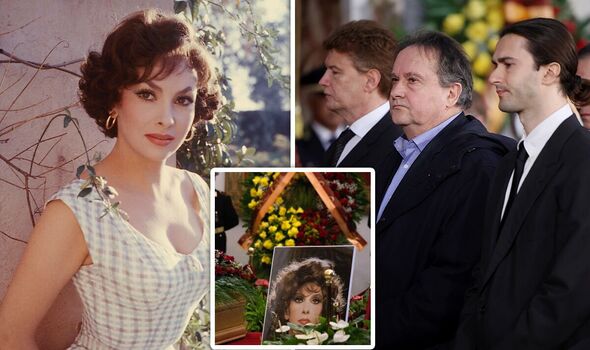 A funeral was held for Gina Lollobrigida on Thursday as crowds gathered to pay their respects to the iconic star at Chiesa degli Artisti in Rome, Italy.

The actress, who was once known as the most beautiful woman in the world, died on Monday at the age of 95.

Photographs show hundreds of mourners who gathered to pay their respects to the Italian icon.

Gina Lollobrigida’s coffin was carried from the church on Thursday

Pallbearers carried the coffin of Gina Lollobrigida after the actress’ funeral at Chiesa degli Artisti in Rome, Italy.