The comedian, who was born Christopher Graham Collins, has spent more than 25 years on our TV screens. He co-presented Fantasy Football League in the Nineties before launching The Frank Skinner Show and later taking over as the host of Room 101. Skinner, now 64, appears on tonight’s episode of The Graham Norton Show alongside David Schwimmer, Melissa McCarthy, Steps and others.

They starred Baddiel and Skinner Unplanned and other shows before releasing Three Lions, a song written and sung together.

The hit, which featured Liverpudlian band The Lightning Seeds, became popular at the 1996 European Championships, known as Euro 96.

The tournament, which was hosted by England, saw our national team lose to Germany on penalties in extra time. 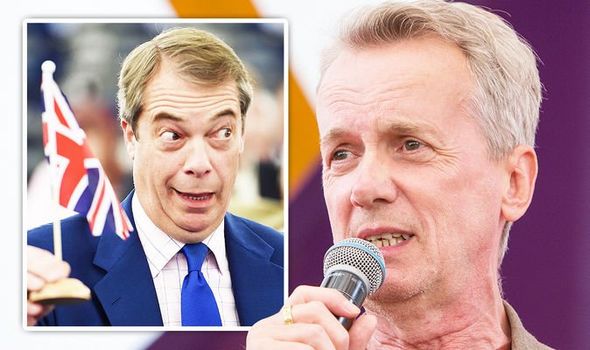 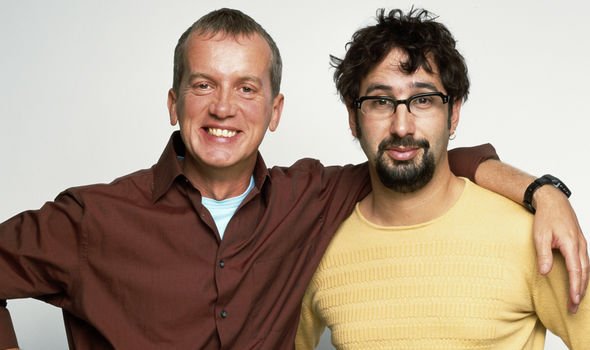 During that time, Three Lions – which drew its name from the Royal Arms of England, which was used in the England badge– became a beloved hit

Three Lions was released again two more times to coincide with the 1998 and 2010 FIFA World Cups.

The song made history by becoming the only song to reach number one in the UK charts four times while being performed by the same artists.

The most recent time it topped the charts was during the 2018 World Cup, when England came in fourth after losing to Croatia, and then Belgium in the third-place play-off. 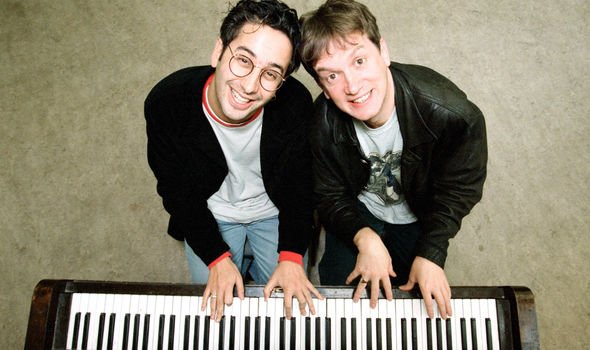 Skinner and Baddiel loved Three Lions but before writing it struggled over what approach to take.

In a 2016 Guardian column, Baddiel explained it was better to “try to convey the actual experience of being an England football fan” than something artificial.

He considered it as “an alternative to the triumphalism of previous World Cup songs”.

They hoped to depict “the bittersweet sense of hope vs despair that the history of our national side engenders”. 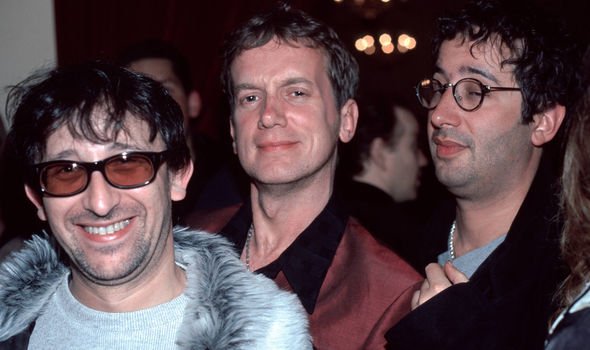 Baddiel claimed that feeling swept through supporters “every time an international tournament rolls around”.

He thought they were able to channel “some of that” into the song and so were a little surprised when an unlikely group covered it.

In 2016, UKIP parliamentary candidate Mandy Boylett reworked the lyrics into an “anthem of support for the campaign to leave the EU”.

Some of the lyrics including: “There’s endless regulation, red tape; It seems there’s no escape; Till the leave vote takes shape.” 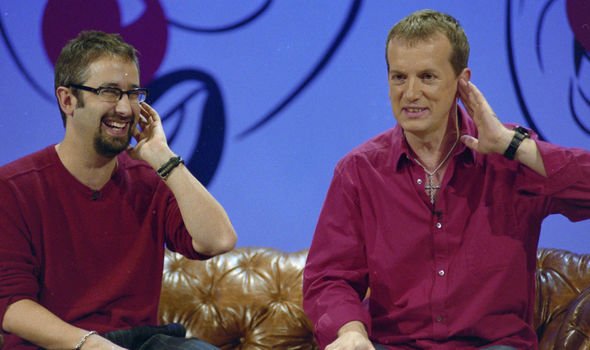 Baddiel mocked the lyrics and believed it could only be appreciated when audiences heard “the way she twists ‘fish’ into ‘fi-ii-yy-ish’”.

As for the chorus, the comedian explained: “The word I’m looking for is ‘amazing.’”

The chorus was: “Our flags red, white and blue; More than just a star;

Only wanted trade; But now it’s gone too far.”

Baddiel argued: “What sums up the anguish of Brexiteers everywhere more than the extraordinarily original thought that some EU regulation has ‘gone too far.’”

Brexit 'is not actually done' for UK says Nandy

While the comedian acknowledged that “Boylett is a better wordsmith than that” he felt the parody put the original Three Lions to shame.

Baddiel described it as a “little crowbarred” version of their song and considered it a “bootleg recording”.

He claimed he “actually liked” Boylett’s version of the song because it was “so bad it’s good”.

Baddiel added: “It’s so bad it’s absolutely fantastic… It made me and Frank laugh like drains.”

Baddiel believed it could have helped to explain Brexiteers’ concerns as most people knew little about “Brexit vs Bremain (sic)”. 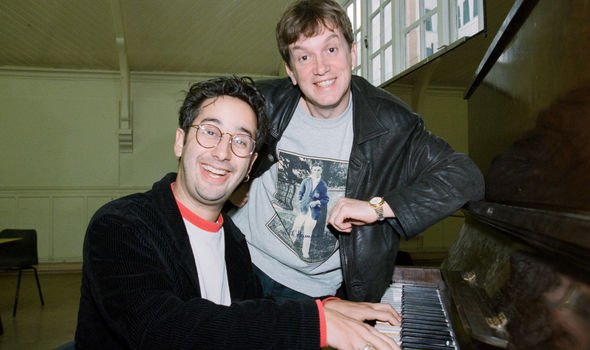 He added: “Most people, myself included, know Bruckallaboutit (sic).

“For a long time I thought that both Brexit and Bremain (sic) were oat-based, keep-you-regular breakfast cereals.”

Baddiel argued that Brexit was something “politicians and journalists” should get “remarkably wound up about” not the “common folk”.

He claimed ordinary people were “bored of the subject” and often felt “excluded from the basic information needed to decide about it”.