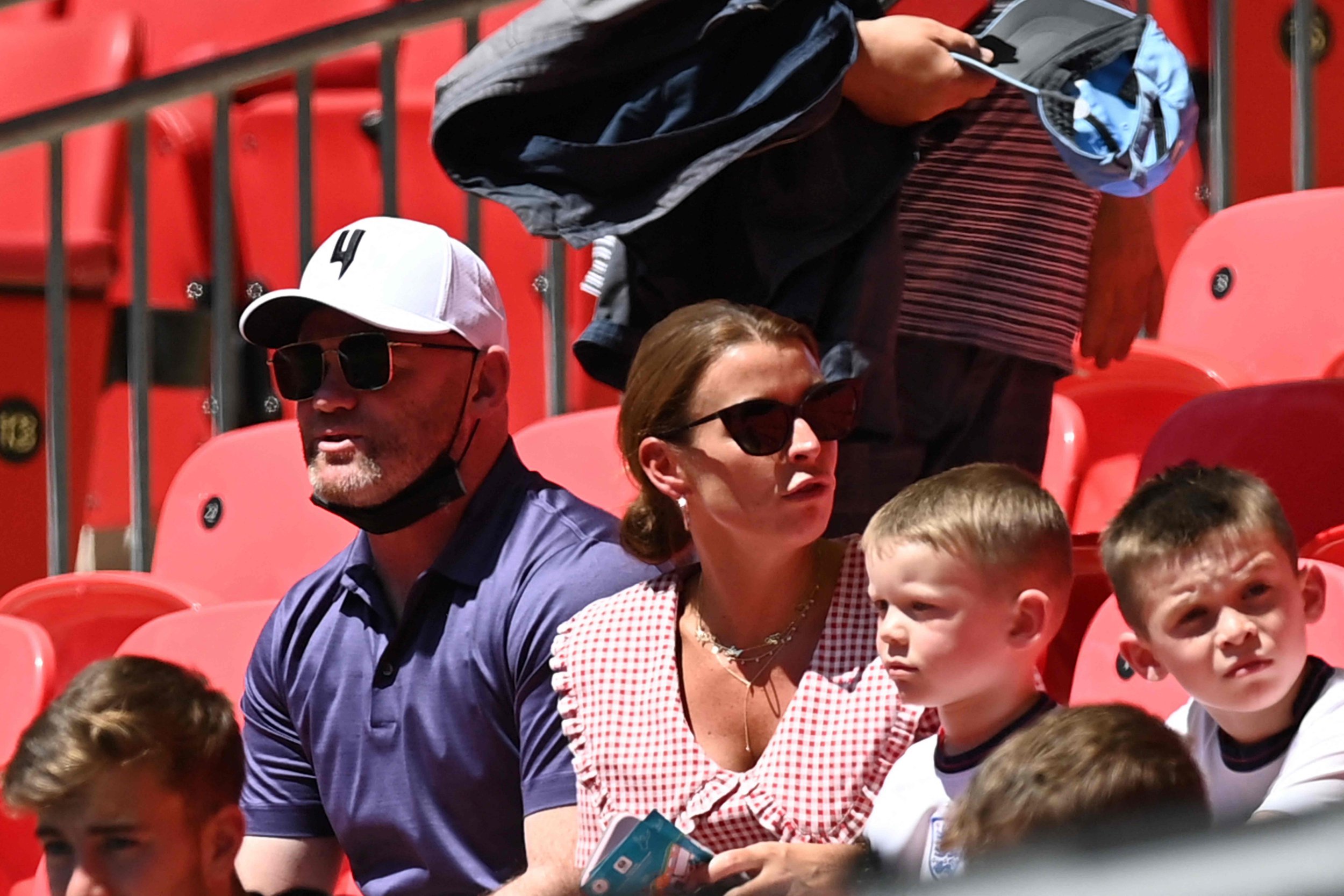 Wayne Rooney may no longer play for England but he watched them like a hawk as they took to the pitch at Wembley for the latest Euro 2020 match.

The retired footballer enjoyed a family day out at Wembley on Sunday with wife Coleen and their sons, Klay, eight, and Kit, five, as England took on Croatia.

After departing their central London hotel with their suitcases, the clan were later spotted taking their seats in the socially distanced stands.

They were dressed appropriately for the heatwave with Coleen donning a light red shirt with denim shorts and Wayne keeping cool in a T-shirt and pair of long shorts.

Before getting stuck into the game, Wayne kindly took a photo with Jamie Redknapp’s son who was also in the VIP section. They also rubbed shoulders with Jordan Pickford’s wife Megan Davidson.

The match will no doubt stir fond memories for Wayne, who represented the country at the Euros in 2004. He incredibly scored four goals for his team and briefly became the youngest goalscorer in the history of the European Championship.

Hours before the big match, Wayne wrote in an Instagram post: ‘Looking forward to supporting @england at Wembley later 🙌🏼🏴󠁧󠁢󠁥󠁮󠁧󠁿. Proud to be back in the shirt for @socceraid for @unicef_uk in Manchester this September.’

Following his 13-year stint at Manchester United, Wayne went on to play for Everton and then DC United in the States, before settling at Derby County last year. However, he announced his retirement from the pitch in January after being appointed permanent manager of Derby.

It’s been a weekend of celebrations for Wayne and Coleen as they marked their 13th wedding anniversary.

The couple spent time in London and proved to be true tourists after taking a photo together outside the gates of Buckingham Palace.

Coleen shared another sweet photo of them at Southbank and wrote: ‘13 years married!! Happy Anniversary @waynerooney.’