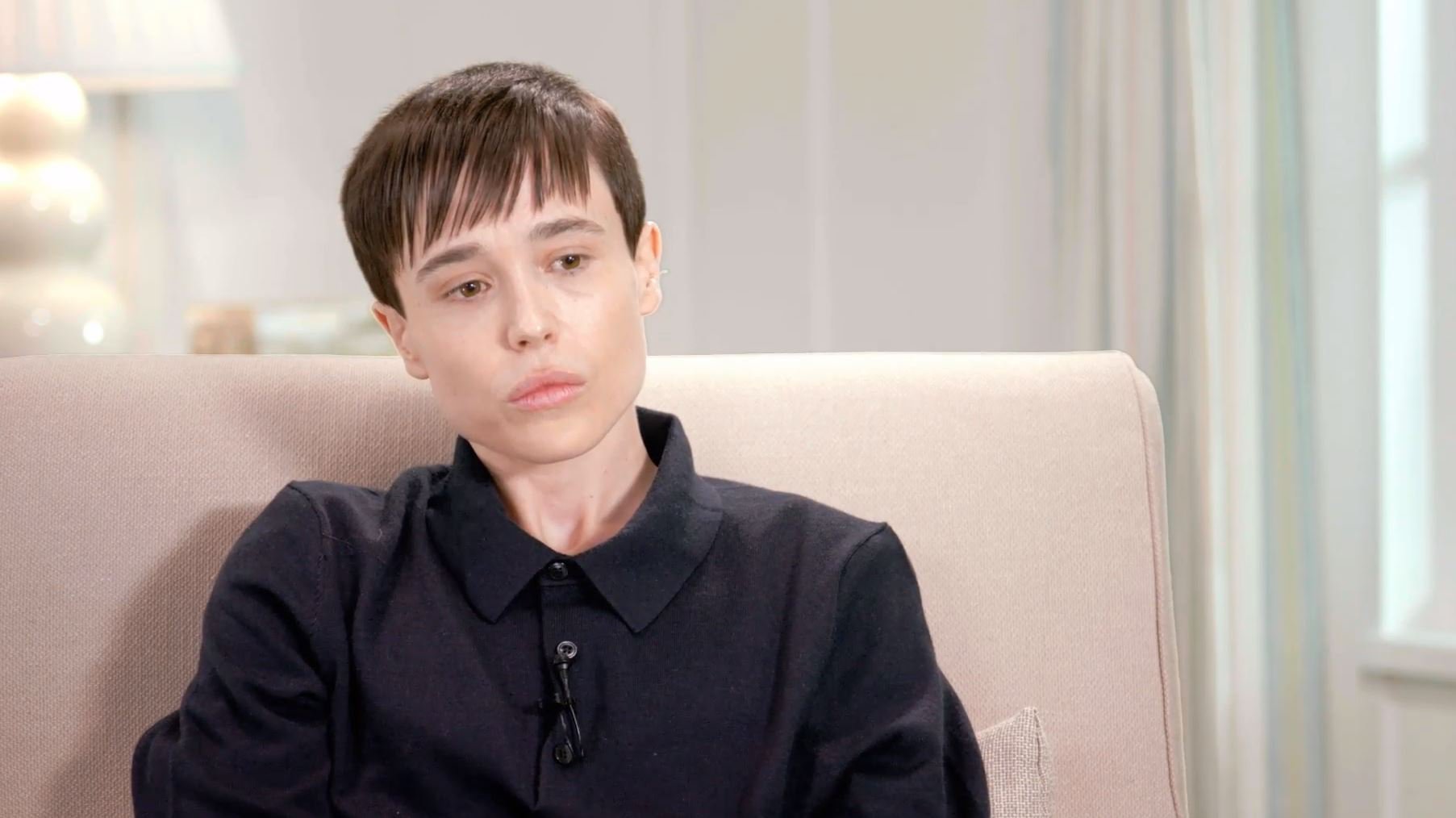 Elliot Page has revealed he knew he was transgender from when he was a toddler but only began to live his truth publicly last year.

The actor, 34, came out as trans late last year to his followers on Instagram, but admitted he ‘grieves’ that he wasn’t able to feel all the joy it has brought earlier.

He told Vanity Fair that he knew from when he was a small child: ‘All trans people are so different, and my story’s absolutely just my story.

‘I was writing fake love letters and signing them “Jason.” Every little aspect of my life, that is who I was, who I am, and who I knew myself to be.

‘I just couldn’t understand when I’d be told, “No, you’re not. No, you can’t be that when you’re older.” You feel it.

‘Now I’m finally getting myself back to feeling like who I am, and it’s so beautiful and extraordinary, and there’s a grief to it in a way.’

Elliot also opened up on the importance of opening up the conversation around being transgender to challenge the ‘toxic dialogue’ which exists.

He added: ‘[It’s] about making sure we talk to each other, because at the same time, you’re basically seeing your identity challenged constantly.

‘It’s so much toxic dialogue and rhetoric, and complete denial of trans and gender-nonconforming people’s existence.’

Elliot has filmed an interview with Oprah Winfrey to talk about his own transition as well as the wider issues trans people face in the USA.

The Umbrella Academy star decided now was the right time to have that conversation to educate people on the implications of recent bills which affect trans people.

The full interview with Elliot Page is available in Vanity Fair.

Tags: elliot page
You may also like
Celebrities News