The Loose Women panellist took to Twitter and shared a clip from the state funeral of Queen Elizabeth II, which was televised live on Monday. Denise Welch retweeted a video, which has subsequently gone viral after an important mourner appeared to be awkwardly snubbed.

The video in question has received over two million followers and has been widely shared on social media.

It comes after Alessandra Viggiano Marra, a Minister of the Embassy of Argentina, found herself being ignored while entering Westminster Abbey for the Queen’s funeral on Monday.

Ms Marra walked in with her husband, Javier Figueroa, the Argentinian ambassador to the UK, along with a number of other diplomats from around the world.

Unfortunately, she became a viral sensation after footage of a doorman not taking her outstretched hand began to circulate on social media. 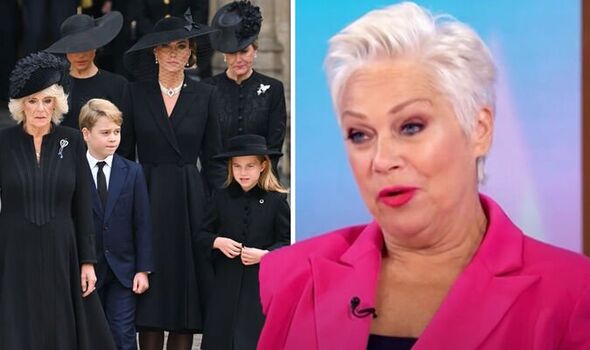 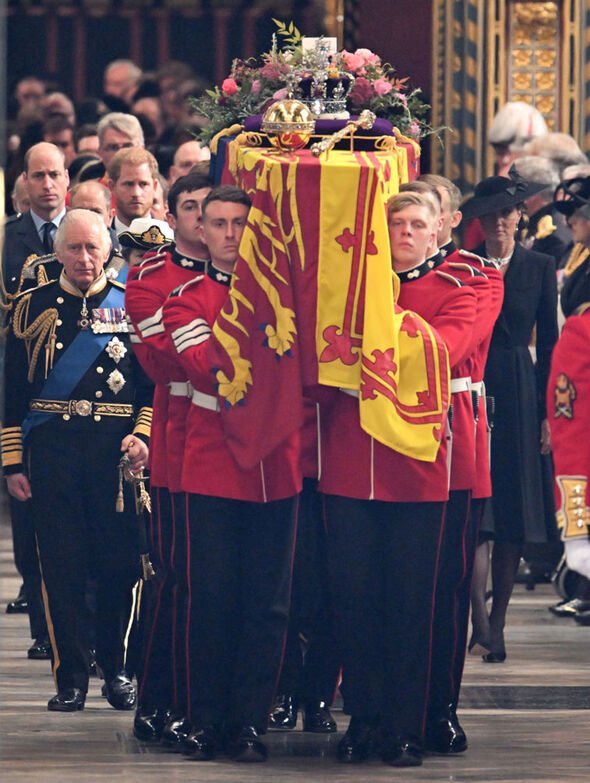 Taking to the micro-blogging site, Denise, 64, reacted to the video as she shared her horror.

In view of her 535,000 followers, she retweeted the video, as the caption read: “An awkward moment at the Queens funeral.”

Social media users flocked to comment on the post, as Twitter user @TDCDTweets wrote: “I noticed this and her mouth says ‘Oh My God’ but I couldn’t make out what else she said after that. I think she just missed her chance at shaking his hand and he had a duty to greet so many people.” 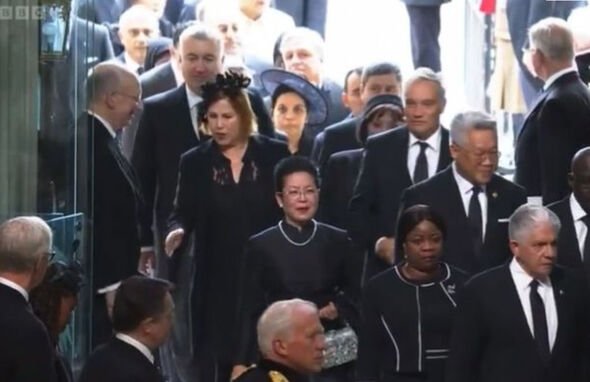 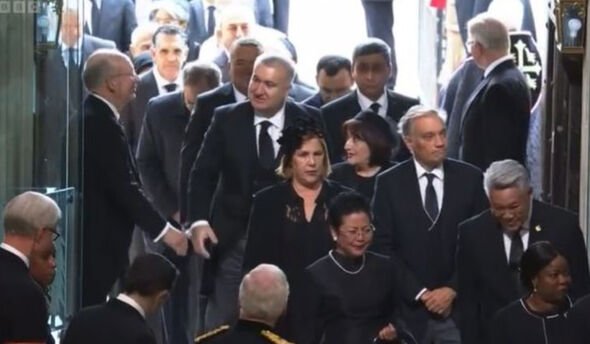 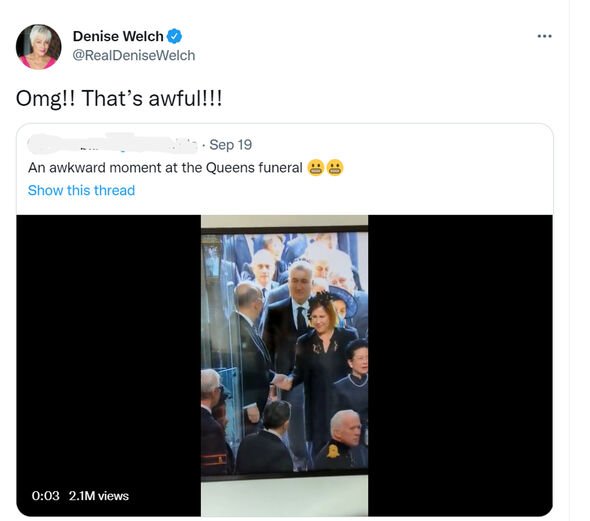 @JudithCG commented: “Oh flipping Eck!! What happened there then? Awkward or what.”

@TalkingPoint quizzed: “Was it on purpose, or accidental?”

“I saw that. Poor woman will be mortified,” stated @suecook.

In TV footage that aired around the world, Ms Marra was seen putting her hand out to shake the doorman’s hand, as he had been greeting many of the guests who were flooding in.

But when she put her palm out she didn’t get a response and awkwardly pulled her hand away.

Ms Marra appeared to mutter something under her breath as she walked away and joined her husband.

The awkward moment was caught by the cameras in the Abbey and watched by an estimated four billion people.

Meanwhile, all members of the Royal Family sat in the front row at Westminister Abbey for the Queen’s state funeral, including Prince Charles, the Queen Consort, and the Prince and Princess of Wales and their children Prince George, nine, and Princess Charlotte, seven.

Princess Anne and her husband Vice Admiral Sir Timothy Laurence, Prince Andrew, Prince Edward and the Countess of Wessex, Peter Phillips and Zara and Mike Tindall were also on the front row.

A wreath of flowers accompanied the Queen, draped over the late monarch’s coffin, as she was laid to rest in the King George VI Memorial inside St George’s Chapel.