The Masked Singer: Mel B revealed to be Seahorse

Debbie McGee, 51, found it hilarious that people had thought she was Seahorse on the show, before it was unveiled that Spice Girl Mel B was the celebrity behind the mask. The former Strictly Come Dancing finalist received a flurry of texts from friends, after she was incorrectly guessed to be taking part in ITV’s The Masked Singer UK 2021.

That was so funny

Debbie, in view of her 43,000 followers, retweeted a picture of Seahorse posted by The Masked Singer account.

Alongside the photo, they had speculated whether Debbie, Trisha Goodard, Jessica Ennis or Mel B could be behind the mask during the second instalment.

In response, the 51-year-old typed: “That was so funny. My phone went mad with messages from friends asking, ‘Is it you?'”

She added: “I am hooked on @MaskedSingerFOX.” 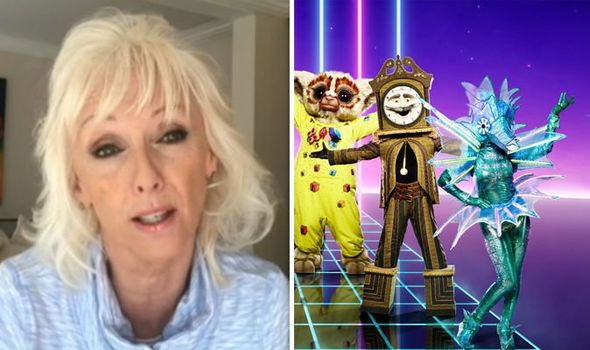 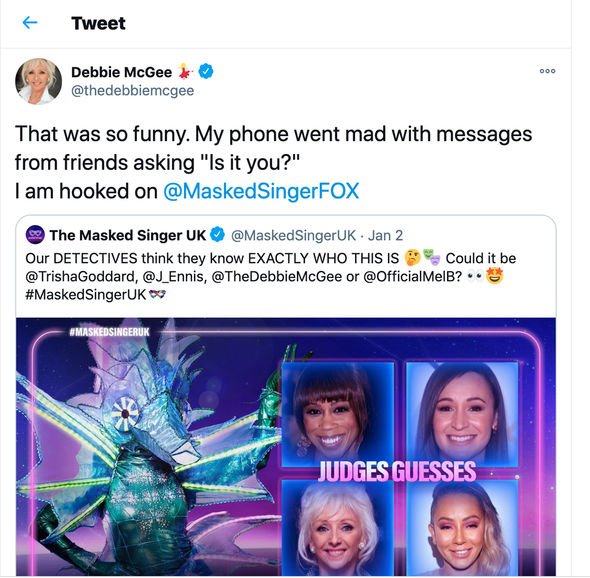 Realising her mistake in tagging the US version of the programme, the star added: “Ooops meant @MaskedSingerUK.”

It appears as though Debbie is only just catching up on her Twitter mentions, as Seahorse was unveiled back on January 2.

Fans of the show were left in shock as the Spice Girl was voted out after just one performance.

Seahorse made her debut on episode two of the new series, performing a cover of Kylie’s Can’t Get You Out of My Head. 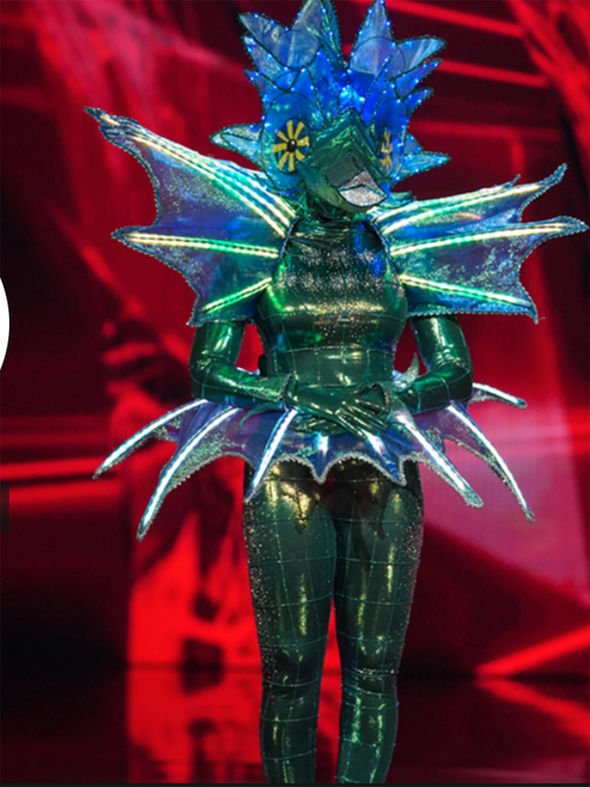 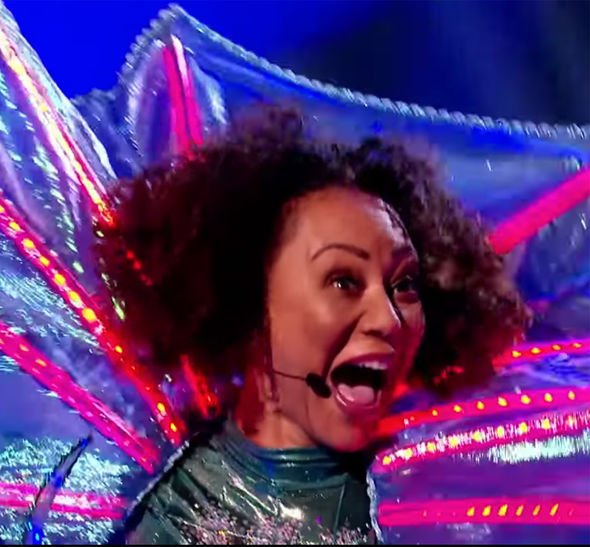 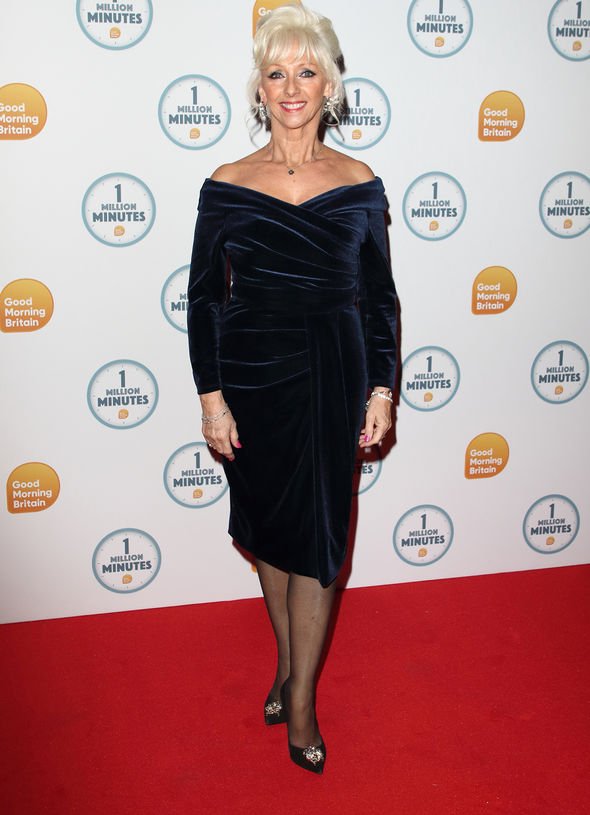 Jonathan Ross picked up on Mel’s Northern accent and, in the end, his fellow panellists agreed with him.

One reacted: “MEL B ON THE F***ING MASKED SINGER!! Didn’t know how could they could top Sophie Ellis Bextor from last week!!!! I am shocked!!!!!”

Another tweeted: “As if As if Sophie Ellis Bextor and Mel B are the first two out”

While a third said: “Wow Mel b voted off 2nd kind of awkward to say she’s a singer.”

One of the clues provided was that Seahorse once stole toilet paper from a famous person’s house.

Some thought it could be Loose Women star Denise Welch after she revealed in 2019 that she once stole some from Prince Andrew’s home.

But, after being unmasked, Mel B revealed she once took some from Nelson Mandela’s home.

Meanwhile, Debbie has previously appeared on Strictly Come Dancing back in 2017.

The star danced alongside Giovanni Pernice and the pair reached the final of the contest.

Debbie said the programme “changed her life” after the loss of her long term love Paul Daniels.

The magician died back in 2016, aged 77, following an incurable brain tumour.

Debbie has since set up her own podcast Spill The Tea With Debbie McGee, which airs weekly on Spotify and sees her interview a host of well-known personalities.

The Masked Singer continues Saturday on ITV at 7pm.

Tags: celebrities, debb, entertainment
You may also like
Celebrities News