Darragh Ennis, 40, took to Twitter this evening to defend a contestant from The Chase after she mixed up Oasis with the Spice Girls and confused Sandra Bullock with Jennifer Lopez. Fans of the game show were left stunned and flocked to Twitter to air their disbelief at what one person branded “the worst player ever”.

Charlene got caught up after getting the first one wrong

Charlene, 38, from Essex, faced the newest Chaser, as she gave her all in an attempt to beat him.

Unfortunately, Charlene only got one question right before she went head-to-head with The Menace.

Her mistakes threw her off her game, which Darragh stated in his tweet, in a bid to defend her.

He said: “Charlene got caught up after getting the first one wrong. 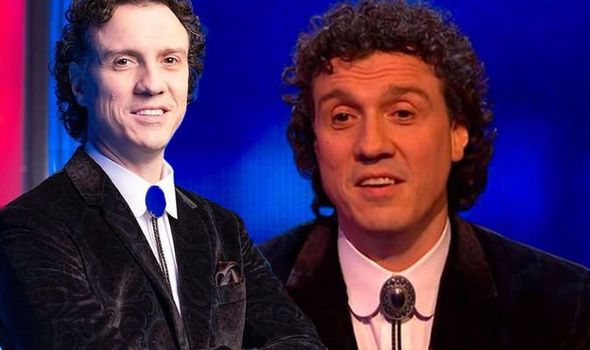 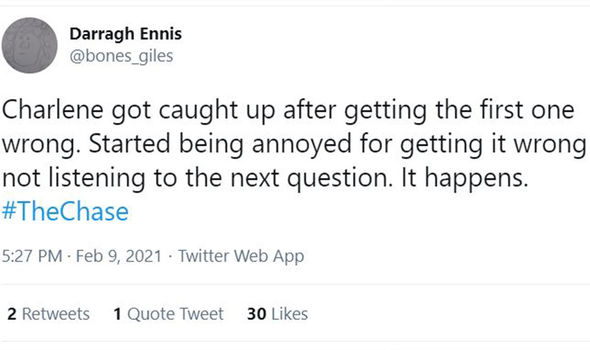 “Started being annoyed for getting it wrong and not listening to the next question. It happens. #TheChase.”

Shortly after, Charlene could be seen getting a question correct on the show and he tweeted: “Lucky on the hangers question Charlene! #TheChase.”

However, viewers didn’t see eye to eye with the Chaser and insisted that they were easy questions everyone should know.

One person wrote on the social media platform: “The first question was so easy Oasis she’s a rubbish contestant”. 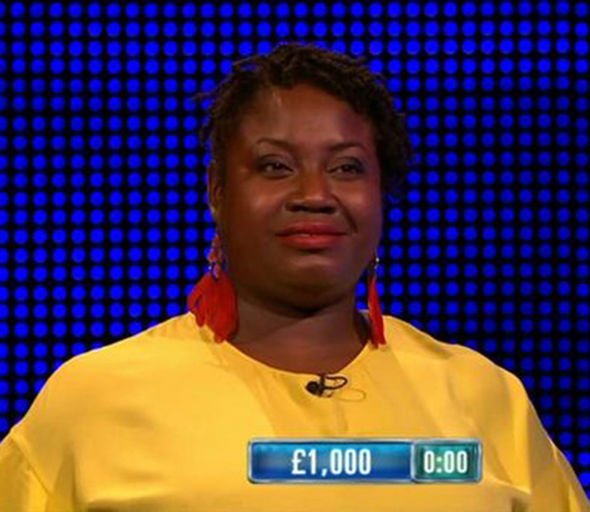 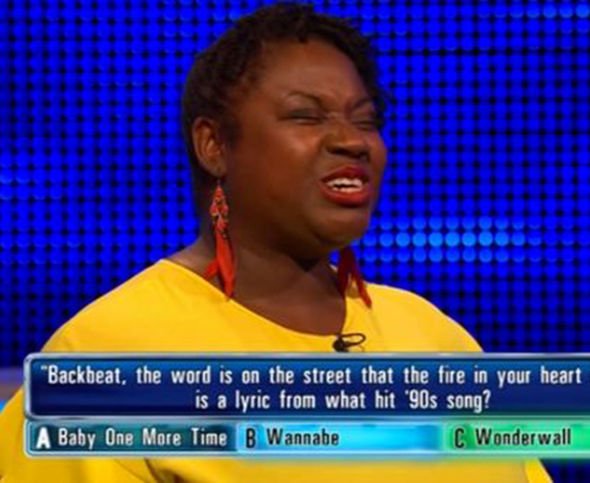 At the end of the round Darragh said Charlene’s mistakes were down to nerves.

He said: “Another player there that very obviously was really nervous, and that affected her performance quite a bit.

“But the questions just didn’t fall her way at the table.”

After incorrectly attributing the lyrics “backbeat, the word is on the street that the fire in your heart is out”, to Wannabe by the Spice Girls, Charlene grimaced when she realised her mistake.

However, Darragh correctly chose Wonderwall by Oasis and The Chase fans flocked to Twitter to share their shock at the fitness instructor’s error.

One said: “Fancy getting the ‘Wonderwall’ question wrong.”

Another added that the error was “a new low for The Chase.”

One Twitter user asked: “Is that the worst player ever? What’s the actual point??? #Charlene #thechase”.

Darragh’s tweet comes weeks after viewers were left wondering about the Chaser’s absence from the show.

One fan took to Twitter and said: “Have they sacked The Menace? #TheChase”.

Another asked: “Where’s the new chaser at? Only seen him in like two shows #TheChase.”

The Menace was also missing from the latest series of Beat The Chasers, which ITV explained was due to scheduling clashes.