Danniella Westbrook has sparked rumours that she’s landed a role on Emmerdale after she shared a video online of her on the set of the ITV soap.

The former EastEnders actress, 47, shared a video on her Instagram feed of her on the set of the Yorkshire-based soap opera as she walked outside the show’s iconic pub The Woolpack.

Danniella, who has always hoped for a role on the show, was beaming from ear to ear as she walked through the set in the glorious sunshine.

The actress, who played Sam Mitchell on the BBC soap, sent fans wild with rumours as they theorised she would appear on the long-standing series in the future.

She confirmed to fans that she was on the set in her video as she announced: “Yes, Westbrook is in Emmerdale!”

The soap star, who recently revealed she is "seeking legal advice" after cruel jokes made on Gogglebox, shared her little walk through the country town before she explained that she was there for her latest appearance on the podcast Soap From The Box.

She clarified: “Hey everyone, guess where I am today. I’ve actually made it, I’m here at The Woolpack. 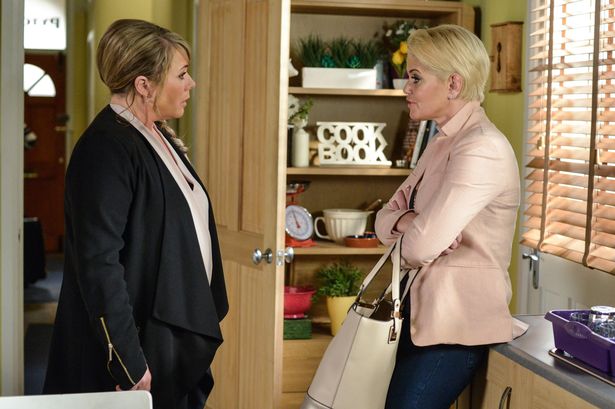 “What an amazing day. I'm so excited. Emmerdale! I'm so happy,” she added.

The actress arrived on set to take part in a special live edition of the podcast in question, which featured interviews with stars of all the major soap operas, including Emmerdale.

But this isn’t the first time the TV star has shared her dream for joining the Northern soap after she told The Sun how landing a role in Emmerdale is her “dream” because she’s “a country girl” at heart.

She told the publication: “I love EastEnders, I love Sam, but my dream is Emmerdale.

“I’d love to be in Emmerdale, I’m a country girl. You can see where I live – I ride horses.

“One of my school friends Kevin Mathurin, is now in Emmerdale, playing the vicar.”

This comes after the blonde bombshell shared her results of her new lip fillers and Botox injections ahead of her four plastic surgery operations to correct her damaged face.

The TV star revealed she was “over the moon” with the results after she shared the snap on Tuesday where she revealed exactly what she had done to her face.

She told fans: “Over the moon with how my skin is looking. Huge thank you to the @knightsbridgeaesthetics8 amazing team what they have done to boost my confidence before my surgery is due at some point this year.”

Tags: Danniella Westbrook, Emmerdale
You may also like
Celebrities News