Piers has been a strong critic of the Duchess of Sussex for a number of years now, but the pair used to be on good terms. According to Piers, before Meghan met Harry, she messaged him on Twitter to tell him she was a fan and to ask him for a drink. The pair went for a drink in London, but that was the last time they ever met, and Piers later claimed she “ghosted” him.

When Meghan and Harry first got married, Piers was positive about it, branding Meghan a “keeper”, although he did joke that the couple’s romance “destroyed my beautiful friendship” with the Duchess.

However, as time went on he became increasingly disparaging about Meghan on Good Morning Britain, to the point where he said he did not believe “a word she says” after the Sussexes’ interview with Oprah Winfrey.

His comments triggered hundreds of complaints to ITV, including one from Meghan herself, resulting in Piers leaving the show, leaving Susanna Reid to host the show on her own.

Back in 2019, Piers had a falling out with BBC Breakfast star Dan Walker over strident remarks made about Harry and Meghan on Twitter. 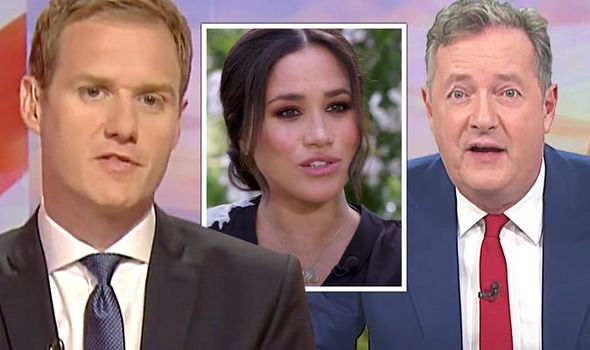 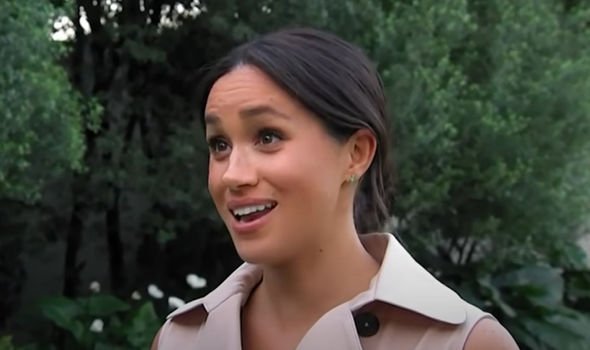 ITV documentary ‘Harry & Meghan: An African Journey’ had just aired, in which Tom Bradby followed the couple on their tour of Africa and, at the end, interviewed them separately about their struggles in the public eye.

Both Meghan and Harry took the opportunity to criticise the media, with Meghan also admitting she was struggling behind closed doors and Harry confirming the rift with his brother William, saying they were “on different paths”.

Piers took to Twitter to lambast the pair for speaking about their own problems after a tour where they saw much poverty and suffering.

He wrote: “Imagine being two staggeringly privileged royal multi-millionaires going to Africa to make a documentary that supposedly ‘shines a light’ on poverty, violence against women/girls and racial inequality ‒ then in fact making it all about their own terrible struggle. I mean, FFS.” 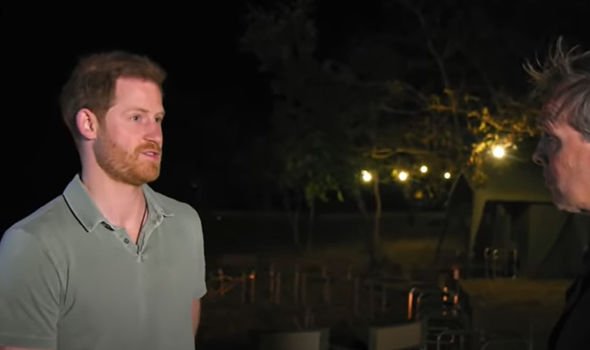 However, Dan hit back with a sassy comeback, defending the Duke and Duchess of Sussex.

He ridiculed Piers for “picking on” Meghan, implying he was only doing it because she did not want to go for a second drink with him.

He quote-tweeted Piers, adding: “Imagine being given a TV show and a newspaper column and using them to pick on a woman who didn’t want to go out for a second drink with you.”

Piers quickly retorted with a cutting take-down of his BBC rival. 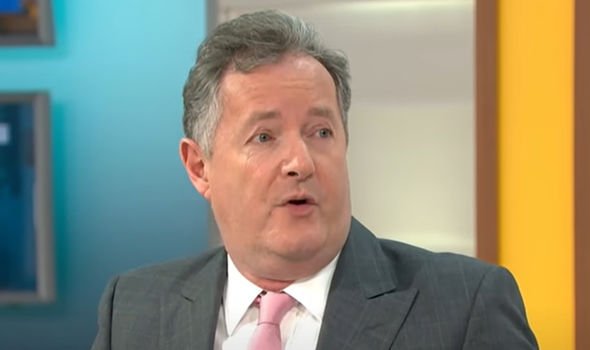 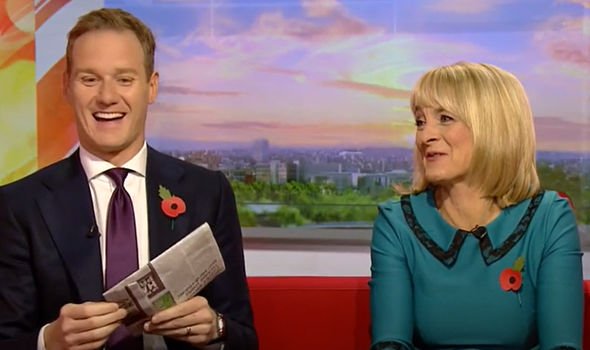 He wrote: “Imagine being the dullest, most excruciatingly virtue-signaling, tediously opinion-devoid, toe-curling snivelling sycophant on TV?

“PS for the record, I never asked Meghan for a drink, she asked me.”

Still riffing on the same format of joke, Dan said: “Imagine losing the plot (and the argument) to the ‘dullest, most excruciatingly virtue-signaling, tediously opinion-devoid, toe-curling snivelling sycophant on TV.’ #TearsforPiers.”

Piers said: “Mate, the only thing I lose when jousting with you is the will to live.”

Dan later jokingly asked if Piers was around for a drink later.

Piers hit back: “Sure, if you can afford to fly to Beverly Hills.”

Dan also accused Piers of “bullying” Meghan, which Piers insisted he was not doing.

He said: “Criticising a publicly-funded royal when they behave hypocritically is not ‘bullying’.

“But relax mate, you’ve probably done enough to get your MBE now.”

While the pair are no longer rivals for early morning viewers, as Piers has left Good Morning Britain, they still seem to have very different views on the Duke and Duchess of Sussex.