The golden rule! Courtney Stodden had some advice to share with Chrissy Teigen after the model opened up about how she’s dealing with the repercussions of her past actions.

Stodden, 26, reminded Teigen, 35, to “just be nice” in a clip uploaded to social media on Thursday, July 15. The video first showed the reality star standing in front of the Cravings author’s recent Instagram post where she discussed how she’s been feeling since Stodden’s claim that they previously received messages from Teigen encouraging them to kill themself. 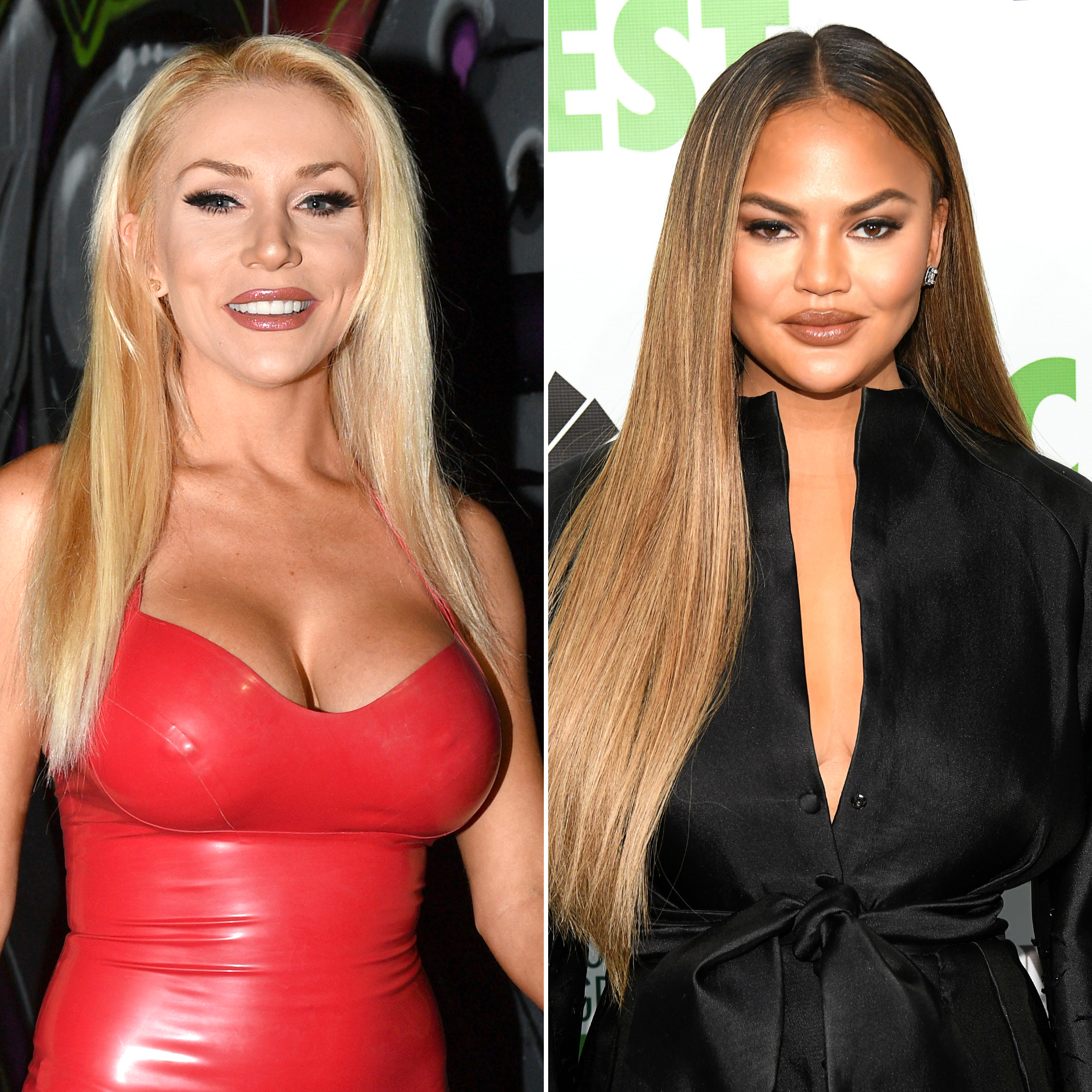 “Iiiii don’t really know what to say here,” Teigen captioned the Wednesday, July 13, photo showcasing her view from the couch. “Just feels so weird to pretend nothing happened in this online world but feel like utter s–t in real life. Going outside sucks and doesn’t feel right, being at home alone with my mind makes my depressed head race. But I do know that however I’m handling this now isn’t the right answer. I feel lost and need to find my place again.”

Stodden later appeared in front of an image reading “just be nice” and lip-synced to a corresponding laugh track, captioning their post, “Just be nice 🙃 #fyp #bully #spreadkindness.”

The Washington native’s response comes after Teigen’s alleged comments resurfaced in May.

“She wouldn’t just publicly tweet about wanting me to take ‘a dirt nap’ but would privately DM me and tell me to kill myself. Things like, ‘I can’t wait for you to die,’” the “Pleasure” singer told The Daily Beast at the time. “Some of the worst treatment I got was from women, and we’re not going to get anywhere if we keep holding each other back.”

Teigen subsequently apologized, noting via Twitter that “not a lot of people are lucky enough to be held accountable for all their past bulls–t.” She added that, while she felt bad, “that is nothing compared to how [she] made Courtney feel.”

Celebs Fight Back on Social Media

Nevertheless, Stodden revealed that — while they forgave Teigen — they’d never received a private acknowledgment from the Chrissy’s Court host.

“All of me wants to believe this is a sincere apology, but it feels like a public attempt to save her partnerships with Target and other brands who are realizing her ‘wokeness’ is a broken record,” Stodden wrote via Instagram in May.

As the scandal continued to make headlines, Teigen lost several gigs, including a role on Netflix’s Never Have I Ever and a partnership with Kris Jenner for cleaning supply company Safely.

While she apologized multiple times, the Lip Sync Battle alum revealed on Wednesday that she still isn’t feeling her best.

“I need to snap out of this, I desperately wanna communicate with you guys instead of pretending everything is okay. I’m not used to any other way!! Cancel club is a fascinating thing and I have learned a whollllle lot. Only a few understand it and it’s impossible to know til you’re in it,” she wrote. “It’s hard to talk about it in that sense because obviously you sound whiney when you’ve clearly done something wrong. It just sucks. There is no winning. But there never is here anyhow.”

Stodden, meanwhile, is feeling “stronger now than [they] ever have been,” according to an Instagram post on Friday, July 9.

Tags: Chr, Courtney, Reacts, Stodden:, to
You may also like
Celebrities News