‘I don’t want my language mangled!’ Countdown’s Anne Robinson, 76, hits out at ‘woke’ culture and says she’s ‘past offending people’ after being told she couldn’t use the word ‘foreigner’

Anne Robinson has furiously hit out at ‘woke’ culture and insists she ‘doesn’t want her language mangled,’ after a Countdown contestant stated she couldn’t use the term ‘foreigner.’

The veteran presenter, 76, who has taken over from Nick Hewer as the first ever female host of the Channel 4 game show, explained she doesn’t ‘want her English language mangled,’ by the removal of certain phrases that may cause offence.

Anne added that in recent years she’s learned how various terms are no longer deemed acceptable, and she’s grown ‘fed up’ with it. 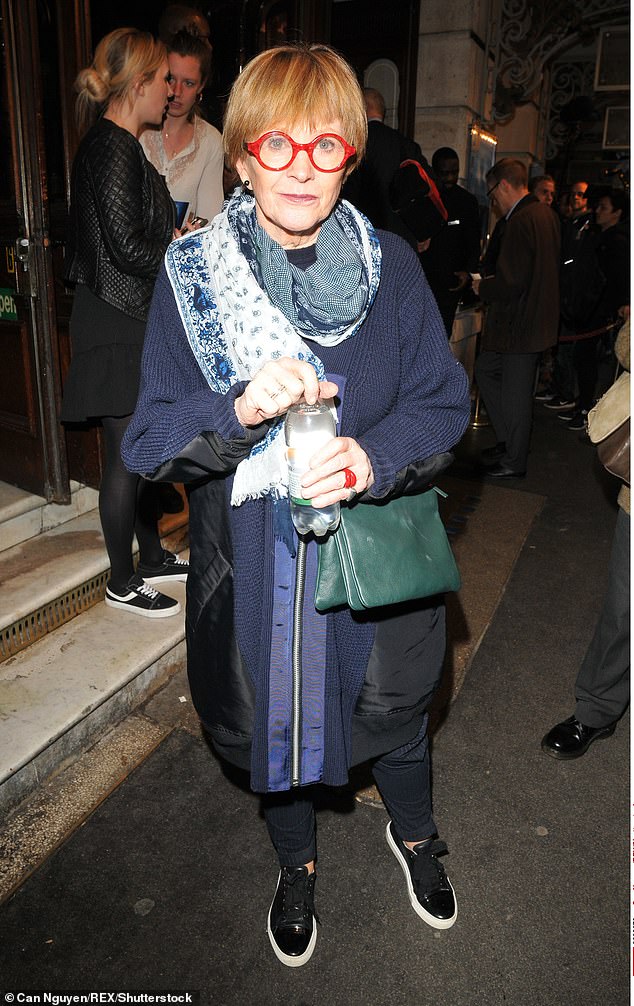 Hitting out: Anne Robinson, 76, has furiously hit out at ‘woke’ culture after a Countdown contestant stated she couldn’t use the term ‘foreigner’ (pictured in 2018)

Speaking to The Express, Anne explained she discovered ‘woke language’ through her chiropodist, and saw her language corrected during an encounter with a contestant on Countdown.

She asked him about his profession, and he explained he teaches English to ‘non-English speaking people.’

Anne then replied: ‘You mean you teach English to foreigners?’ before the contestant said: ‘We never say that.’ 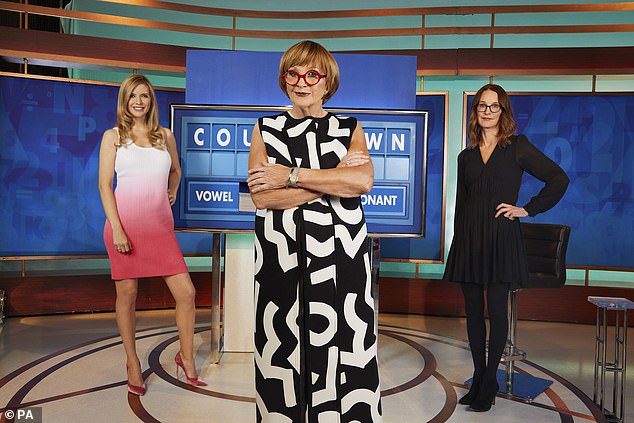 Historic: The presenter has taken over from Nick Hewer as the first ever female host of the Channel 4 game show (pictured with co-hosts Rachel Riley and Susie Dent)

The former Weakest Link presenter claimed that she’s sick of being told what she’s allowed to say, stating: ‘I am fed up with it, I’m fed up with people telling me I’ve got to say ”mixed heritage” and not ”mixed race”.

‘I just think we’re being told what to do by people who aren’t in a position to tell us what to do.

Asked whether she feels The Weakest Link would be commissioned today, Anne went onto say ‘there’s a great many things that I said that you couldn’t say now.’ 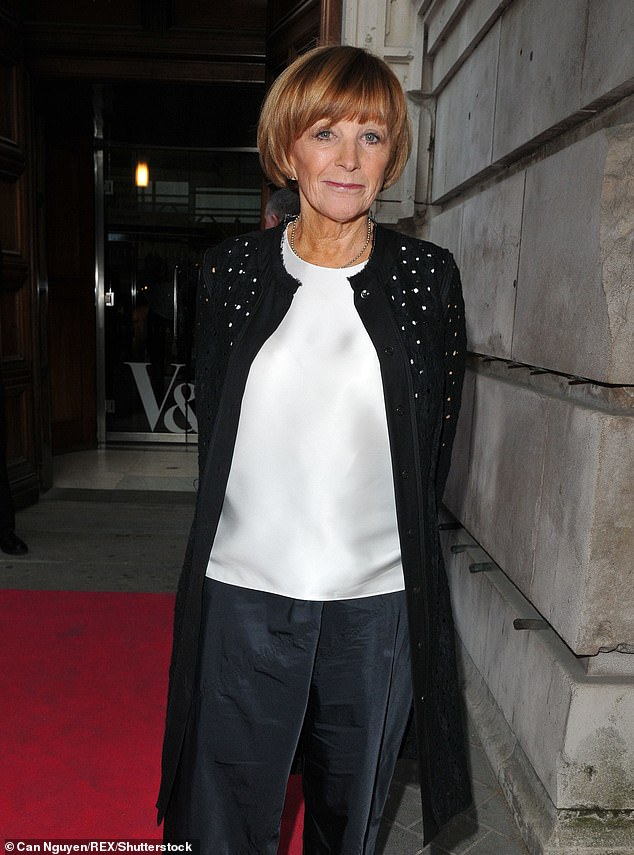 Outspoken: Anne explained she doesn’t ‘want her English language mangled,’ by the removal of certain phrases that may cause offence (pictured in 2016)

The Weakest Link originally concluded in 2011, but Anne has since reprised her role as host for a selection of charity specials.

In an interview for The Mirror, Anne also vowed to be kinder to the contestants, in a far cry from her steely persona on The Weakest Link.

She said: ‘You have to judge how far you can go – some are quite shy. I don’t want the contestants to have to have a box of Kleenex next to them.

‘But it’s exactly the same as the Weakest Link. If there was a 19-year-old undergraduate, I wouldn’t treat her as I would a not-very-attractive old man, to whom I would ask, ”Have you always been so devastatingly handsome?”.’ 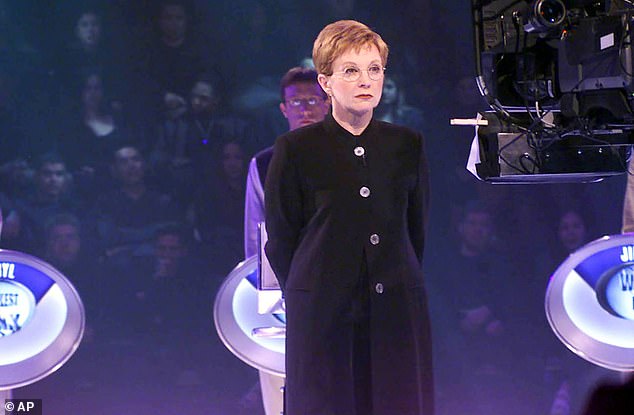 Steely: Known for her reputation as ‘The Queen of Mean’ on The Weakest Link, Anne went onto say there were many things she said on the show that wouldn’t be allowed today

In February, it was confirmed that Anne would be the first female presenter of Countdown after being named as the Nick’s, 77, replacement.

Confirmation of her appointment on the Channel 4 staple was made on Steph’s Packed Lunch, where her name formed a Countdown inspired conundrum.

Asked if she’s a fan of conundrums, she added: ‘I love anagrams. I do The Times crossword every day. I’m not very good at adding up or subtracting…

‘I’ll tell you what’s great about this show, it’s very clever contestants who have to work at speed. I think that’s what’s most impressive, they do it within 30 seconds.’

Steph asked how she feels about returning to TV, after she finished presenting the Weakest Link in 2011.

Anne responded: ‘I feel more at home on the telly than I do anywhere else. I’m delighted.

‘I did slightly hope, with diversity, I might take over from Gary Lineker on Match of the Day but then the Countdown request came and it’s much better.’ 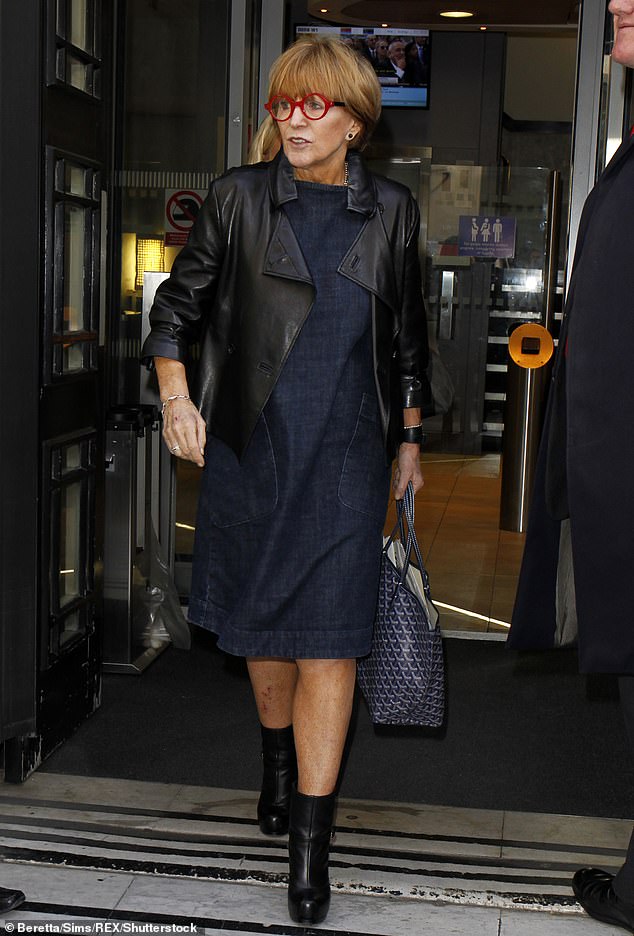 She will be nice! She went onto say she’ll be kinder to contestants on Countdown, because she doesn’t want contestants to have ‘a box of Kleenex next to them’ (pictured in 2016)

Tags: Anne, Countdown's, Robinson:
You may also like
Celebrities News