Braff, 45, tweeted on Nov. 18 that he would “never forget all these enablers,” and Evans, 39, followed-up the next day with a tweet of his own to “#RememberWhoSaidNothing.”

The memorandums from the “Scrubs” star and “Captain America” franchise performer came on the heels of ongoing speculation from GOP voters that Trump had lost the 2020 presidential election due to alleged voter fraud.

Many on social media sided with the stars, while there were others who also hit back at Braff and Evans with one Twitter user responding to Braff to “never forget you’re just an “actor."

Another social media user chimed, “Whoa! I had forgotten about you. Thanks for popping in before you get canceled though. It’s only a matter of time. Best of luck.”

Other Twitter users found it difficult to decipher what Evans was even referring to with the vagueness of his tweet.

“What’s this about?” inquired one responder. “I love a good mystery but it’s been a tough week.” Additionally, a separate Twitter user said they were shaking their head at “all the retweets and likes of people who don't know what its [sic] for smh.”

Another user attempted to get to the bottom of Evans’ tweet as well.

“It’s either specifically about politicians (GOP) who did not stand up against Tr*mp, or the broader concept of people who don’t speak out against evil doing but then claim themselves as good people bc they weren’t the ones who actually said/did the evil things,” suggested the Twitter user.

Evans and Braff aren’t on an island in their public disapproval of Trump supporters, who in the actors' estimation had remained silent or “enabled” the president.

On the other hand, comedian Whitney Cummings told the Daily Beast that she was over the practice of maligning those who disagreed with her political stances and was looking to move forward with healing and unity.

“I’m fascinated by playing devil’s advocate and want to understand the people I disagree with. I don’t want to dismiss and malign,” Cummings told the outlet earlier this month. 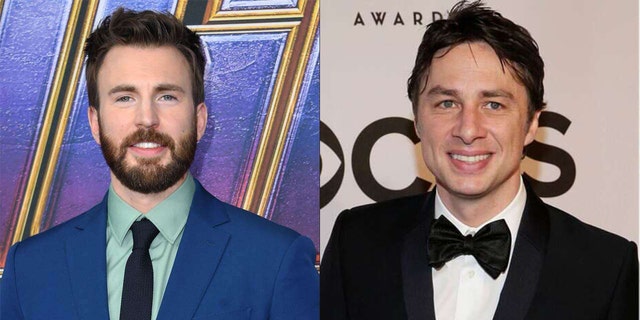 “I think it’s very self-righteous or sanctimonious to just dismiss people we disagree with without trying to understand why they believe what they believe,” added the funnywoman. “I don’t get it. I grew up in Washington, D.C., mostly, but also in Virginia and West Virginia, so I grew up seeing both sides, and people believing different things. Even though I don’t agree with somebody, I don’t think they’re dumb. And I’m a comedian who tours all over the country, and I see why people make the decisions that they make. And as a writer, you have to be able to do that."

“‘You complete me’ doesn’t mean because we’re exactly alike. It means because we are different. I don’t want to live in a country without the red states,” he recently said on his HBO program “Real Time.”

“I like traveling there. When people talk to you in Oklahoma, they’re not scanning the room to see if there’s someone more important. Because, frankly, when I’m there, there never is.”

Tags: Braff, Chris, Evans, will, Zach
You may also like
Celebrities News