Kanye West wasn’t entirely happy with ‘DONDA’ dropping, and he’s not the only one. Chris Brown was also upset, and he blasted Ye on his Instagram Story.

“Kanye [West] a whole hoe,” Chris Brown, 32, posted to his IG Story on Sunday evening, hours after the long-delayed DONDA album hit streaming services. Chris deleted that shot at Kanye, 44, but added a second IG story, per Page Six. “Nah he tweakin.” At first, it was unclear why Chris was angry at Kanye. The two worked together on “Waves,” off of The Life of Pablo, and teamed up again on DONDA’s “New Again.” Apparently, the “hoe” remark is due to Ye getting crazy with the edit.

Chris can be heard on the chorus of “New Again” (Thank You, thank You, thank You for Your mercy, make me new / Make me new again, make me new again,” per Genius), but when it comes to verses, it’s solely Ye. Chris was supposed to have a verse on the track, according to a report by The Shade Room. When the album dropped, Chris’s verse was removed from the track, and a TSR reports that Chris “isn’t too thrilled” about this creative decision.

It seems that Chris wasn’t the only one cut from DONDA. Soulja Boy also blasted Ye on Sunday. “Idk how to feel, Kanye sent me that song remote control’ and I don’t hear my verse on it…” he tweeted. “hmm, f-ck that n—-.” Soulja then took a page out of Ye’s own book by sharing screenshots of texts between him and West. “Yo it’s Ye. I love you bro. You’re a genius. Wanna work with you on the new GAP campaign. And my new album,” Kanye supposedly messaged Soulja Boy. In a second image, it appears that Soulja Boy shared a verse for the song “Remote Control,” but the version that arrived Sunday only has Young Thug on the track. Soulja wasn’t pleased. “This n—- Kanye smh. Tell homie don’t hit my phone no more.” 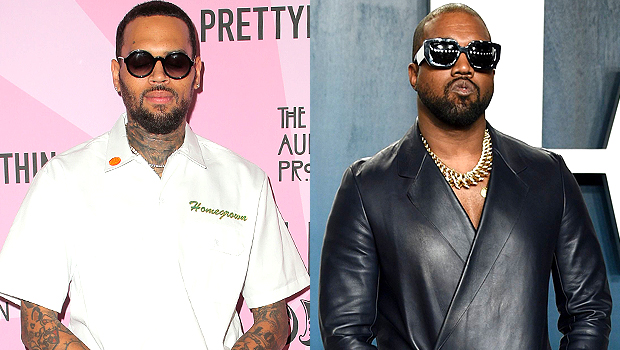 Even Kanye wasn’t happy with DONDA. The rapper accused Universal Music Group – the parent company of Kanye’s GOOD Music label – of releasing the album without consulting him. “Universal put my album out without my approval,” Kanye said in a post on his IG account shortly after his music was released, “and they blocked ‘Jail 2’ from being on the album.” As of Monday, Aug. 30, “Jail 2” – the track featuring DaBaby – is available for streaming on Spotify. However, the lack of any album art or credits for any of the featured performers on the record lends credibility to Kanye’s claims.