Charlie Hunnam’s acting career began after he was randomly spotted in a shoe store when he was a teenager. That chance encounter with a talent scout led to TV roles for Hunnam in the UK. The actor then moved to America and started to audition in Hollywood.

Two decades later, Hunnam is famous for his seven-season run as Jax Teller on Sons of Anarchy. He’s also had plenty of roles on the big screen, in films like King Arthur, The Lost City of Z, and Pacific Rim. Hunnam may be a movie star, but he surprisingly hates this one aspect of his job. 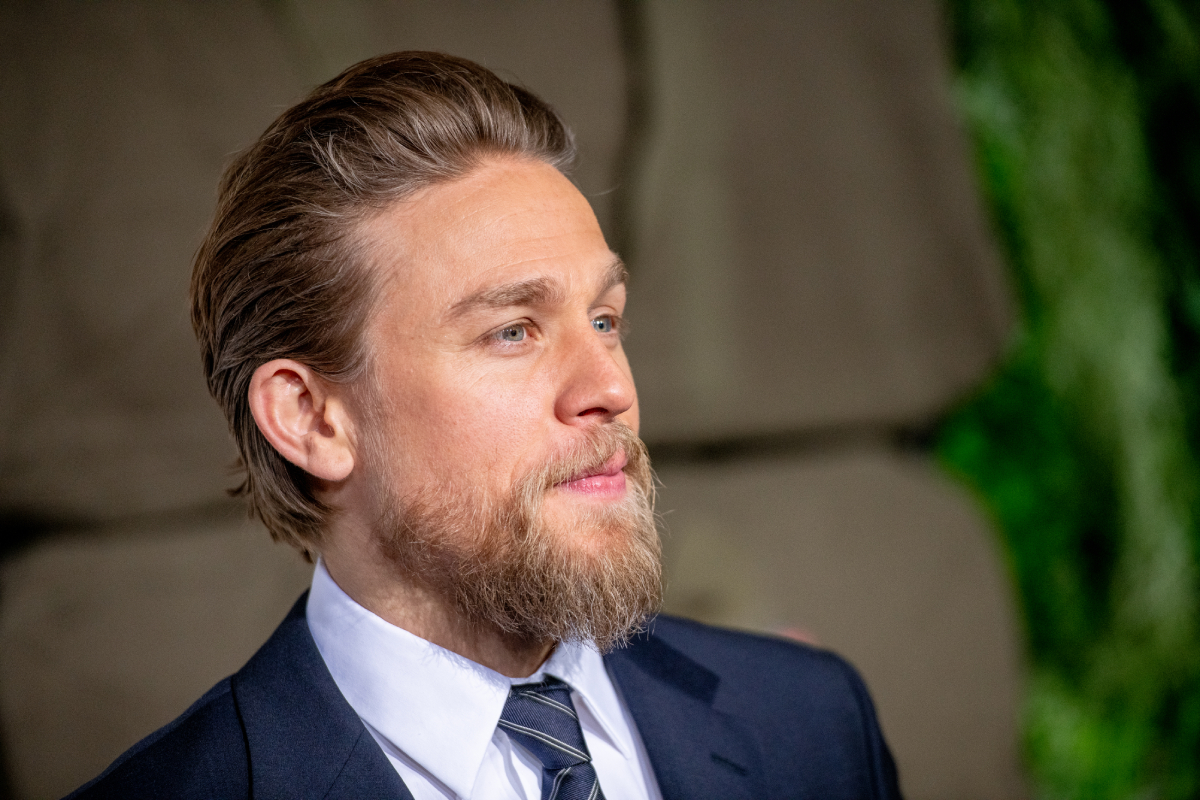 Charlie Hunnam hopes his career is about more than his looks

During Hunnam’s acting career, he’s often found himself wearing very little on camera and having to do love scenes. He’s also used his sex appeal to sell Calvin Klein cologne. But the 41-year-old has never felt objectified. He does, however, recognize how important looks are in his profession.

“I obviously am cognizant of the fact that being handsome gives me greater breadth of opportunity. I’d hope that what I bring to the table far surpasses just being handsome,” Hunnam told Elle Magazine.

Many actors have described filming sex scenes as awkward, and Hunnam admits they aren’t his favorite part of his job. He says he tries to be sensitive to the fact that he and his scene partner are doing something intimate. But at the same time, they also have to keep a “clear boundary.”

“Because I’m in a very committed relationship [with longtime girlfriend Morgana McNelis], and I’m also cognizant that it’s not my girlfriend’s favorite part of my job,” Hunnam explained.

“It’s a delicate balance to strike — to be emotionally open enough to have an experience that feels honest between two people but also maintain that it’s just for the film. It’s not my favorite thing to do.”

The Sons of Anarchy star also admitted that he is a germaphobe, and he has been since he was a kid. Because of this, Hunnam doesn’t like to get physically close to people who aren’t his girlfriend, Morgana McNelis.

“I don’t want to kiss anyone but my girlfriend for my whole life,” Hunnam confessed. “Everyone thinks it’s great to be an actor and get to kiss a bunch of beautiful actresses in films, but I actually hate it.”

The ‘Sons of Anarchy’ star’s germaphobia has an origin story

Hunnam says that he’s been “profoundly germophobic” since he was a young child. He explained that when he was around the age of eight or nine, there was a parasite from dogs in the north of England that would turn you blind if ingested.

“We had a thing in schools to educate the kids about the importance of hygiene, specifically around dogs, because we had a few kids who went blind. That horrified me,” Hunnam explained.

Was his phobia the reason Charlie Hunnam dropped out of ’50 Shades of Grey’?

Hunnam was set to star in the Fifty Shades of Grey trilogy alongside Dakota Johnson. But at the last second, he had to drop out of the role and it went to Jamie Dornan. Fans might think that Hunnam quit the project because of his germaphobia and his desire to kiss no one but his girlfriend. However, he says he overloaded his schedule and just couldn’t follow through with that commitment.

The actor says dropping out of the film was a “somewhat traumatic experience.” He’s also described it as “the most emotionally destructive and difficult thing that I’ve ever had to deal with professionally. It was heartbreaking.”

Tags: celebrity, Charlie Hunnam
You may also like
Celebrities News