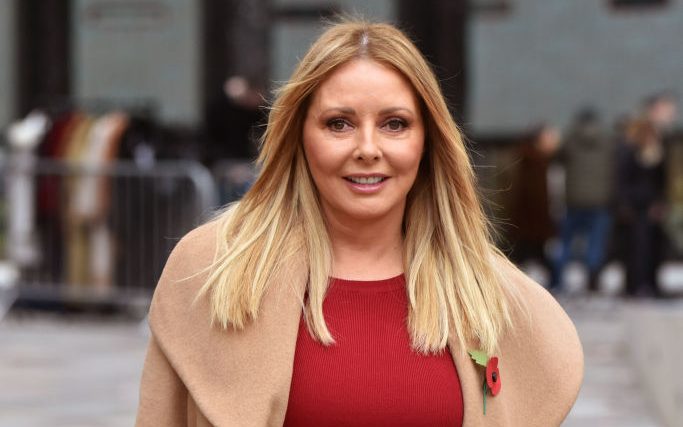 Carol Vorderman unleashed her inner Welsh dragon by sharing a daring thirst trap bikini picture on Instagram for her followers.

The TV presenter, 60, looked unreal in the in the low cut, halter neck bikini top, that had a black border and red Welsh dragon printed across it on a white background.

In the racy snap posted on social media Carol held her phone up to the mirror to get the best angle of her skimpy swimwear.

In the picture caption, the star told her 91,000 followers that she had tried the bikini on for size after ‘rummaging’ for it in her house on a day off, clearly taking advantage of the recent run of nice weather.

Of course she had to share the results with the nation – not that we’re complaining.

Her photo clearly had the desired effect as the comments were flooded with fire and heart eyes emoji.

She had an appreciative comment from Denise Van Outen, who posted: ‘Ooh, sexy minx.’

Another fan praised her by saying: ‘Better body than any model’ adding a heart eyes emoji.

One particularly excited fan commented: ‘You have to stop doing this to me Carol !!!!’.

Tags: Carol Vorderman
You may also like
Celebrities News