Oops! She did it again. Britney Spears is back with another dance video — this time in a super sexy, plunging neon pink bodysuit!

There’s no denying, Britney Spears has still got it! The 39-year-old pop icon took to her Instagram on June 8th to show off her moves in a striking hot pink body suit. It’s clear that Brit still has her famous abs and toned figure, as the plunging, skin-tight outfit put it all on display. Dancing to “No Diggity” by Blackstreet, the pop star rocked a pair of knee-high white stiletto boots as she free styled for a minute and a half in the video. Britney even through on a little furry cardigan for some of the clips! She captioned the video, “PINK is the new RED” with a pink flower emoji, a pink bow emoji and a tulip emoji.

The video also features Brit-Brit’s notorious black eyeliner, and her blonde tresses appeared long and natural which helped amplify her famous brown eyes. The singer also looked quite tan, which she must have picked up during her recent outdoor adventures, like horseback riding, with boyfriend, Sam Asghari.

The “Slave 4 U” singer’s post comes shortly after she shared an Instagram referencing her 2001 MTV Video Music Awards performance, during which she danced with a python around her neck. “I held a snake at the @VMAs one time but decided to go ahead 20 years later and become the motherf***ing snake myself!!!!’ she wrote alongside the slideshow with videos of herself in a snakeskin bodysuit. “And since TRICKS ARE FOR KIDS you tricky little sh*ts … who knows what color snake I will be tomorrow!!!!??? STAY SAFE folks and watch out for the [three snake emojis,]!” 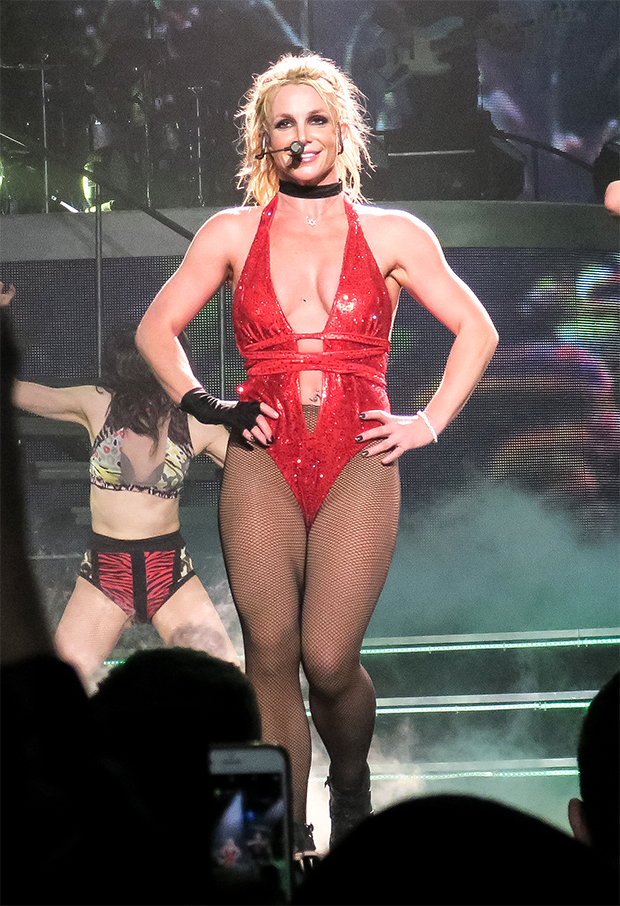 While her Instagram feed remains light and fun, Britney is due in court later this month to testify in her ongoing conservatorship battle against her father Jamie Spears. The hitmaker plans to argue that she would like her dad removed from being in charge of her business affairs, but multiple reports say that she does not feel “trapped” in the conservatorship, as a recent documentary claimed. “She has 99% of the freedom she’d have if she weren’t in a conservatorship, and the only thing she’s prevented from doing are crazy things, like buying three cars at a time [something she tried to do back in the day],” a source told TMZ. “She’s taken care of and she knows it.”