Jamie Spears was seen at a lumber yard in Kentwood, Louisiana, staying incognito in a baseball cap and sunglasses on Nov. 12.

Jamie Spears, 69, has been spotted since the conservatorship controlling his daughter Britney Spears, 39, has ended. Jamie, who was previously conservator of Britney’s estate, visited a lumber yard in Kentwood, Louisiana on Friday, Nov. 12 — see the photos via DailyMail here. He appeared to keep a low profile with a baseball cap and sunglasses, wearing cargo pants and a short sleeved gray t-shirt layered over a longer one. Notably, Kentwood is the town where Britney was born. California family lawyer David J. Glass confirmed to HollywoodLife that Jamie and Lynne Spears, 66, appeared virtually at the hearing but did not make any statements. 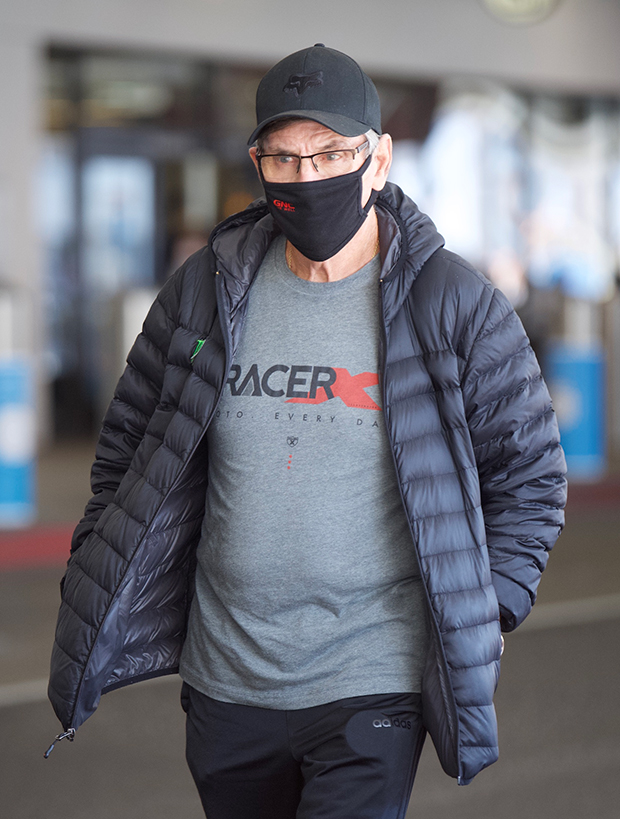 The photos were snapped after Britney’s 13 year long conservatorship was terminated by Judge Brenda J. Penny in Los Angeles Supreme Court. “The conservatorship of the person and estate of Britney Jean Spears is no longer required…is hereby terminated,” the judge said in court, adding that Britney will not have to be evaluated. “In this case the court finds that this was a voluntary conservatorship and there’s no need for a capacity declaration,” Penny also said.

Both sides of Britney’s conservatorship have ended, effective Nov. 12: up until August, Jamie served as conservator of her estate, which included her music and business assets. Jamie was replaced by Certified Public Accountant John Zabel, who will remain on board to ensure smooth transition of assets, after Britney formally requested he step down from the position. Jodi Montgomery served as conservator of Britney’s person, looking out for her wellbeing and liaising with medical professionals on the singer’s behalf.

Britney took to social media to mark the occasion shortly after news broke. “I think I’m gonna cry the rest of the day !!!! Best day ever … praise the Lord … can I get an Amen ??? #FreedBritney,” she wrote on Instagram alongside a video of supportive fans stationed outside of the Los Angeles court. Sparkling pink confetti could be seen in the air as several wore #FreeBritney -shirts and carried pink flags. “I can’t freaking believe it !!!! Again … best day ever !!!!” she said in a second post.