Shai Moss, the pre-teen daughter of Bow Wow and Joie Chavis, lip-synced to one of her father’s scenes from “Madea’s Big Happy Family.’ Even though Shai ‘nailed it,’ her mom threatened to take her account away!

At least Shai Moss knew she was playing with fire. “My dad’s gonna kill me,” the 10-year-old captioned the video she posted to Instagram on Thursday (Jan. 6). In the clip, Shai recreated a scene from 2011’s Madea’s Big Happy Family, the Tyler Perry movie that featured Shai’s father, Shad “Bow Wow” Moss. The scene featured Bow Wow’s Byron arguing with Teyana Taylor’s Sabrina, and Shai really got into it. She might have gotten too much into it because her parents chimed in the comments section. “OMG! Noooooooooo,” wrote Bow Wow, 34, while Shai’s mother, Joie Chavis, said, “I’m taking the account back.”

Other people praised Shai’s performance. “You nailed it,” wrote Teresa Caldwell, aka Bow Wow’s mother and Shai’s grandmother. Shanelle Gray said, “My star, your(sic) unreal babe!!!” Jermaine Dupri echoed Bow Wow by writing, “OMG!!!!” and another fan said, “I LOVE THIS GIRL. I CANNOT WAIT TO SEE HER ON THE BIG SCREEN!!!!” That may be sooner than we think because Bow Wow tagged Tyler Perry in one comment. While there hasn’t been a Madea movie since 2019’s A Madea Family Funeral, maybe Tyler could cast Shai on the next season of Assisted Living?

Shai also recently impersonated her mother in a recent TikTok. “Shai said this is how I am. Lies,” Joie captioned the video she posted on Dec. 10, which shows Shai freaking out after seeing clothes in the hallway before laying down some strict discipline. “If I have to tell you one more time? GET OFF MY PHONE AND GO DO YOUR HOMEWORK.” Shai also poked fun at her mother seemingly being the drama, which Joie denied. “Not y’all messaging me saying this is 100% accurate. She being dramatic!” 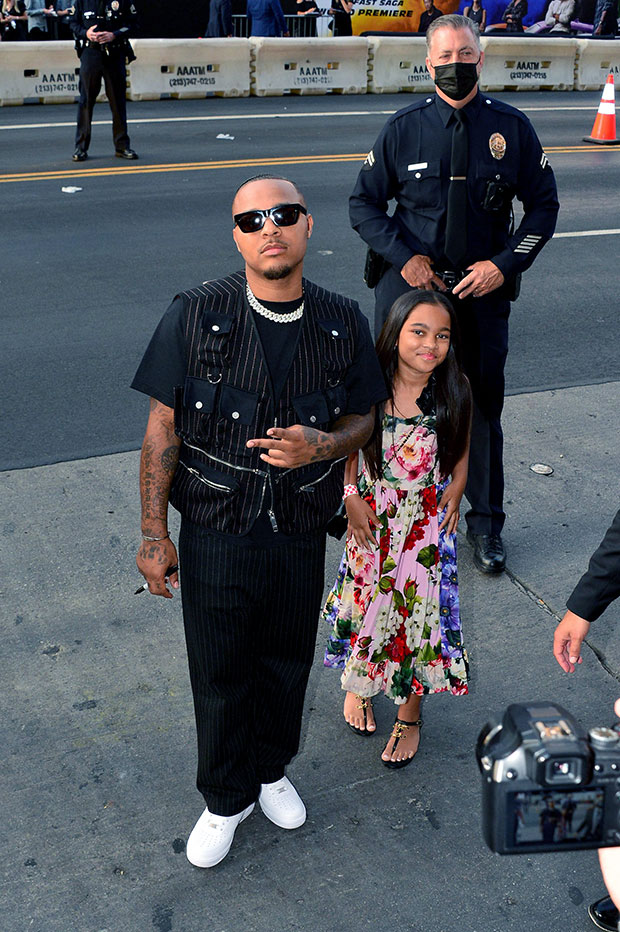 Despite the recreation, things are rather good between Shai and her family. Days before imitating her mother, Shai teamed with Joie for a TikTok dance. The two grooved along to a family-friendly version of T-Pain’s “Booty,” and both mother and daughter nailed all the beats. She can dance and “act”? Shai is already on her way to being a superstar.