Blink-182 bassist and vocalist Mark Hoppus has revealed the great news that he is ‘cancer free’ after undergoing chemotherapy.

Mark Hoppus has revealed he’s cancer free following a months-long battle with the disease. The Blink-182 bassist and vocalist first told fans about his diagnosis back in June, and revealed he had been undergoing chemotherapy. However, he made the announcement on Instagram on September 29 that he was on the road to recovery. “Just saw my oncologist and I’m cancer free!!” he began.

“Thank God and universe and friends and family and everyone who sent support and kindness and love. Still have to get scanned every six months and it’ll take me until the end of the year to get back to normal, but today is an amazing day and I feel so blessed. Can I get a W in the chat?”

Fans and friends were quick to jump in the comments section of the snap, with John Mayer writing, “Just the best,” while another person commented “There is no better news than this!!!! A massive congrats to you, Mark. You should feel so proud. Sending you and your family so much love.” 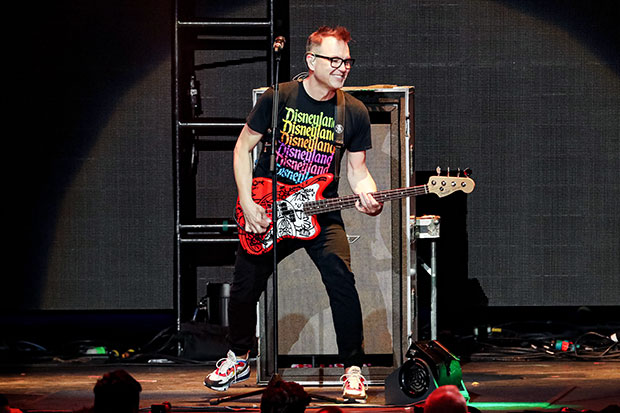 When he revealed his diagnosis earlier this year, Mark wrote that he was “trying to remain hopeful and positive.” He added, “I have cancer. It sucks and I’m scared, and at the same time I’m blessed with incredible doctors and family and friends to get me through this.” Mark continued, “I still have months of treatment ahead of me but I’m trying to remain hopeful and positive. Can’t wait to be cancer free and see you all at a concert in the near future.”

Blink-182 was originally formed in 1992, and Mark is the last remaining OG member of the iconic rock group. The band was originally formed by Mark, with Tom DeLonge, and Scott Raynor. Currently, the group is made up of Mark, Travis Barker, and Matt Skiba. Along with Blink-182, the bassist and vocalist also makes up one half of the pop rock duo Simple Creatures with All Time Low rocker Alex Gaskarth.