It’s the start of a new school year and, for the fresh wave of young adults who’ve decided to go to college, an opportunity to shape their future. For an increasingly large number of Black students, this means following in the footsteps of many well-known figures and icons who’ve attended a historically Black college or university and have come out the other side praising their experience.

There’s just something about the HBCU experience that bonds Black Hollywood like nothing else. Remember when Spike Lee’s BlacKkKlansman won the Oscar for Best Adapted Screenplay and Samuel L. Jackson couldn’t help but exclaim, “The House!” during the announcement? Both men are graduates of Atlanta’s Morehouse College, and even though they attended during different years, they’ll be Morehouse brothers forever.

Many of the most well-regarded and talented names in history and Black Hollywood started out at HBCUs, including celebrities like Michael Strahan, the late Chadwick Boseman, Toni Morrison and more. They’ve credited their experience at HBCUs for shaping them as people and preparing them to become leaders and, in the vein of spreading the wealth, they’ve given back to those institutions by giving commencement speeches, donating millions of dollars to benefit future students and more.

Strahan, who attended Texas Southern University, where he played football before graduating in 1993 and beginning his pro career, told ET’s Kevin Frazier that his alma mater “gave me the life I have now.”

“Without Texas Southern, I am not here, I’m not talking to you,” the Good Morning America co-host said. “What I loved about it, is it was a school that fit me, my personality. It was the right size. It was the right environment. It fostered me. It had the perfect type of coaching and teachers and students that I needed. It took me from being a boy, it made me a man. It taught me a lot of responsibility that I needed.”

“On top of that, I was not overwhelmed. I was supported every day on that campus. I look back and I think, ‘How blessed was I to go to an HBCU and sit on that campus every day?'” he continued. “I wish I would have enjoyed it a little bit more than I did when I was there. It is such a different environment than most people ever experience, but it was definitely perfect for me.”

Being at an HBCU, Strahan says, gave him a feeling of “togetherness, of unity, of belonging.”

That’s a sentiment echoed by many HBCU alum, and it’s that desire for belonging in a white-dominated society that inspires many to forgo attending culturally revered predominantly white institutions (PWIs). Vice President Kamala Harris — who attended Howard University — has been very open about how her decision to go to what was once called “the Black Harvard” was fueled by a desire to have a wholly Black experience after attending majority-white schools.

“When you’re at an HBCU, and especially one with the size and with the history of Howard University — and also in the context of also being in D.C., which was known forever as being ‘Chocolate City’ — it just becomes about you understanding that there is a whole world of people who are like you,” Harris said in an interview with The Washington Post. “It’s not just about there are a few of us who may find each other.”

“It was more, for me, about the numerosity than it was the diversity,” she added. “I grew up in a community where there were many representations of diversity. Going to Howard, there were so many [Black people]! And they’re all in your age group, in your phase of life.”

That sense of belonging comes with an incredible education and, perhaps more importantly for budding leaders, empowerment to accomplish their wildest dreams. It comes with the unique perspective of how the world operates from the Black point of view and how to build on the dreams of those who came before us to achieve what they only hoped was possible.

In her memoir, The Truths We Hold: An American Journey, Harris writes, “That was the beauty of Howard. Every signal told students that we could be anything — that we were young, gifted, and Black, and we shouldn’t let anything get in the way of our success.”

Mo’Nique, who attended Morgan State University, echoed that belief, telling BuzzFeed News, “The education that we receive from, I’ll say, our history books — is valuable. And I tell those babies to get that history. It’s not staying shut off from the rest of the world. It helps you deal better with the rest of the world when you can really dig in to who you are and where you come from. And when you go to a historically Black university, you gon get it.”

And for those of us who didn’t go to an HBCU for our undergraduate years, we’ll always have Hillman College.

Kamala Harris 'So Proud' of Stepdaughter After College Graduation 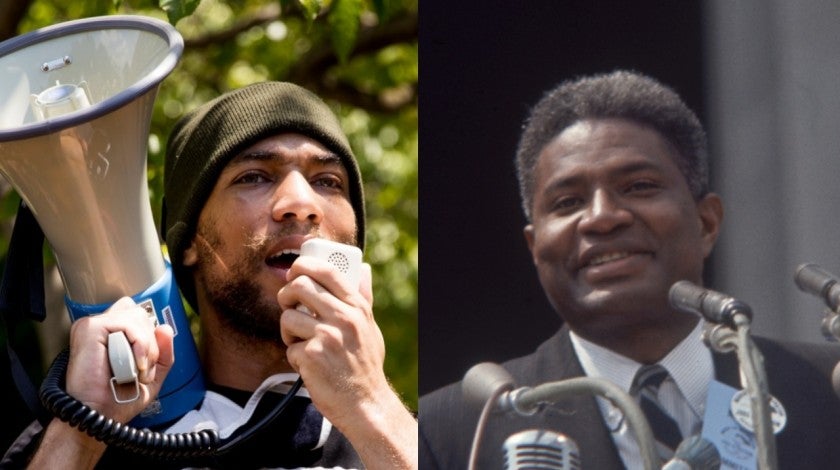 How Black Hollywood Has Used Its Platforms for Social Change