Billie Eilish’s reaction was priceless after the pop star lost thousands of followers on Instagram, after sharing intimate sketchbook drawings that she’s ‘really proud of.’

Billie Eilish‘s sketches may have been a bit too risqué for some people’s tastes. On Dec. 28, the singer hopped on the “post a picture of” Instagram bandwagon, in which followers can ask an account to post a picture of a certain memory/event/and so forth. Billie was asked to post “a drawing you’re really proud of,” which led her to share a page from her sketchbook — featuring a whole lot of breasts.

“These probably lol i love boobs,” Billie wrote over the pencil drawings, which showed various naked figures (one bounded in what looked like a snake). One keen fan noticed that Billie’s Instagram following seem to take a hit after sharing the drawings, although this could have been purely coincidental. “BYE NOT HER LOSING 100K CUZ OF BOOBS,” the Twitter fan wrote over two screenshots of Billie’s Instagram following, which went from 73 million to 72.9 million.

Billie even posted this observation on her own Instagram Story. “LMFAOOO y’all babies smh,” the “Therefore I Am” singer wrote over the tweet. Regardless of whether or not this drop in followers was caused by the sketchbook reveal, Billie’s Instagram following has since recovered: it returned to 73 million fans on Dec. 29.

Elsewhere on her Instagram Story, Billie shared a screenshot of her iPhone lock screen (also featuring breasts), her dogs, and Internet browsing history which revealed many hunky photos of Tom Hardy. One of these posts even showed the pop star in the music studio, which Billie shared six days after teasing new music to come. 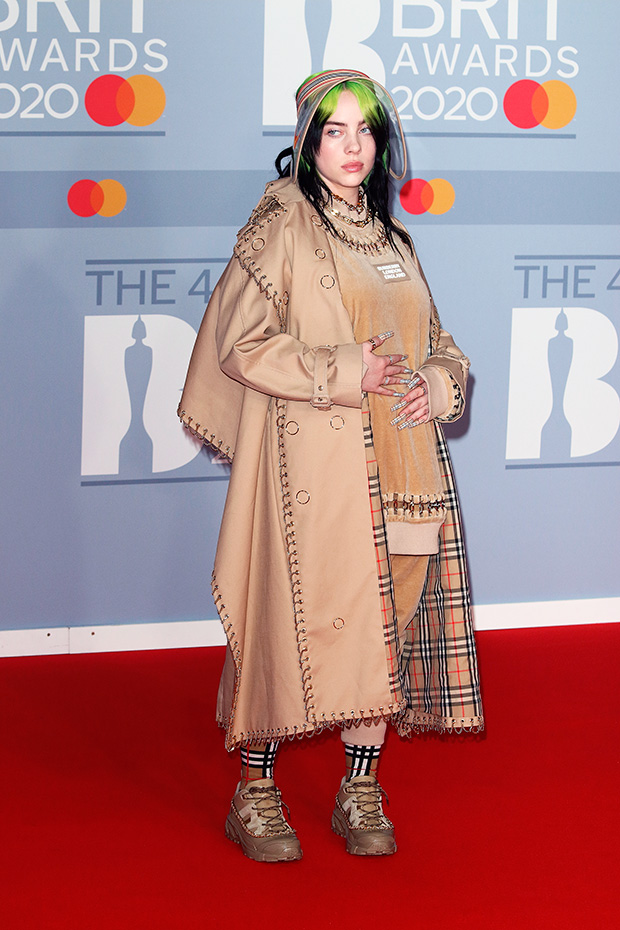 On Dec. 22, Billie also took to her Instagram Story to react to people’s unsolicited opinions on her trademark hairstyle (neon green roots, which flow into dark hair). “Stop making fun of me…I’m f–king making you an album,” Billie said in the Instagram Story, laughing. She continued to tease, “I will not put it out if you keep making fun of my hair. Shut up.” Billie also has a new documentary arriving on Apple TV+ on Feb. 26, 2021, Billie Eilish: The World’s A Little Blurry; the trailer dropped on Dec. 15.

Tags: Billie Eilish
You may also like
Celebrities News