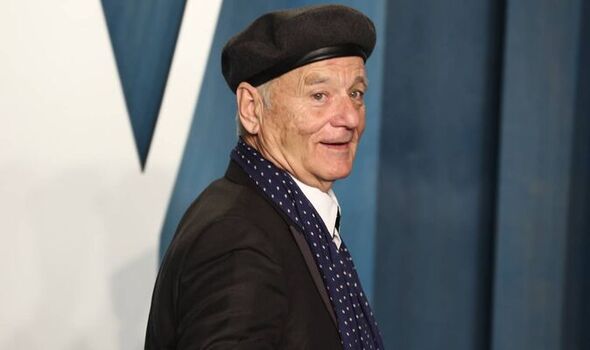 The comedy star, 71, had a complaint made against him last week, with production of Being Mortal now suspended. The full nature of the complaint is not clear.

It is “unknown at this time” what Murray’s involvement in the project will be going forward as the investigation continues, according to reports.

The news was shared with the cast and crew in a letter that said: “We know you are all concerned about the recent delays in production and want to give you an update.

“Late last week, we were made aware of a complaint, and we immediately looked into it.

“After reviewing the circumstances, it has been decided that production cannot continue at this time.

“Production will be in touch with you to share details on the wrap, and we will let you know as soon as we have more information to share.”

Ghostbusters star Murray has faced allegations of being difficult to work with before.

He starred in smash hit Charlie’s Angels in 2000, but was accused of using “inexcusable and unacceptable language” towards his co-star Lucy Liu, 53.

Ms Liu said at the time: “I was like, ‘Wow, he seems like he’s looking straight at me.’ I couldn’t believe that [his comments] could be towards me, because what do I have to do with anything majorly important at that time?”

“I say, ‘I’m so sorry. Are you talking to me?’ Clearly he was because then it started to become a one-onone communication.”

Being Mortal is based on the 2014 book by surgeon Atul Gawande.