A star studded lineup is set for the Critics Choice Association’s 5th Annual Celebration Of Black Cinema and Television taking place in Los Angeles on Monday December 5, 2022 at the Fairmont Century Plaza Hotel.

Angela Bassett, Berry Gordy, Qunita Brunson, Danielle Deadwyler, Michael B. Jordan, Jonathan Majors, and Scott ‘Kid Cudi’ Mescudi are just a few of the names set to be honored at the event which has grown into an awards season staple as it continues to honor the best in Black Cinema and TV.

Michael B. Jordan Talks About Incorporating Mexican Culture In 'Creed III' To Make Film More "Honest To The Sport Of Boxing"

Now in its fifth year, the Celebration will recognize 15 categories as part of a special night honoring standout achievements in Black filmmaking and television.

“The Celebration of Black Cinema & Television has grown tremendously over the last five years,” said CCA CEO Joey Berlin. “We’re thrilled to be able to recognize such outstanding projects across both film and television, and to honor these incredible actors and filmmakers for their work.” 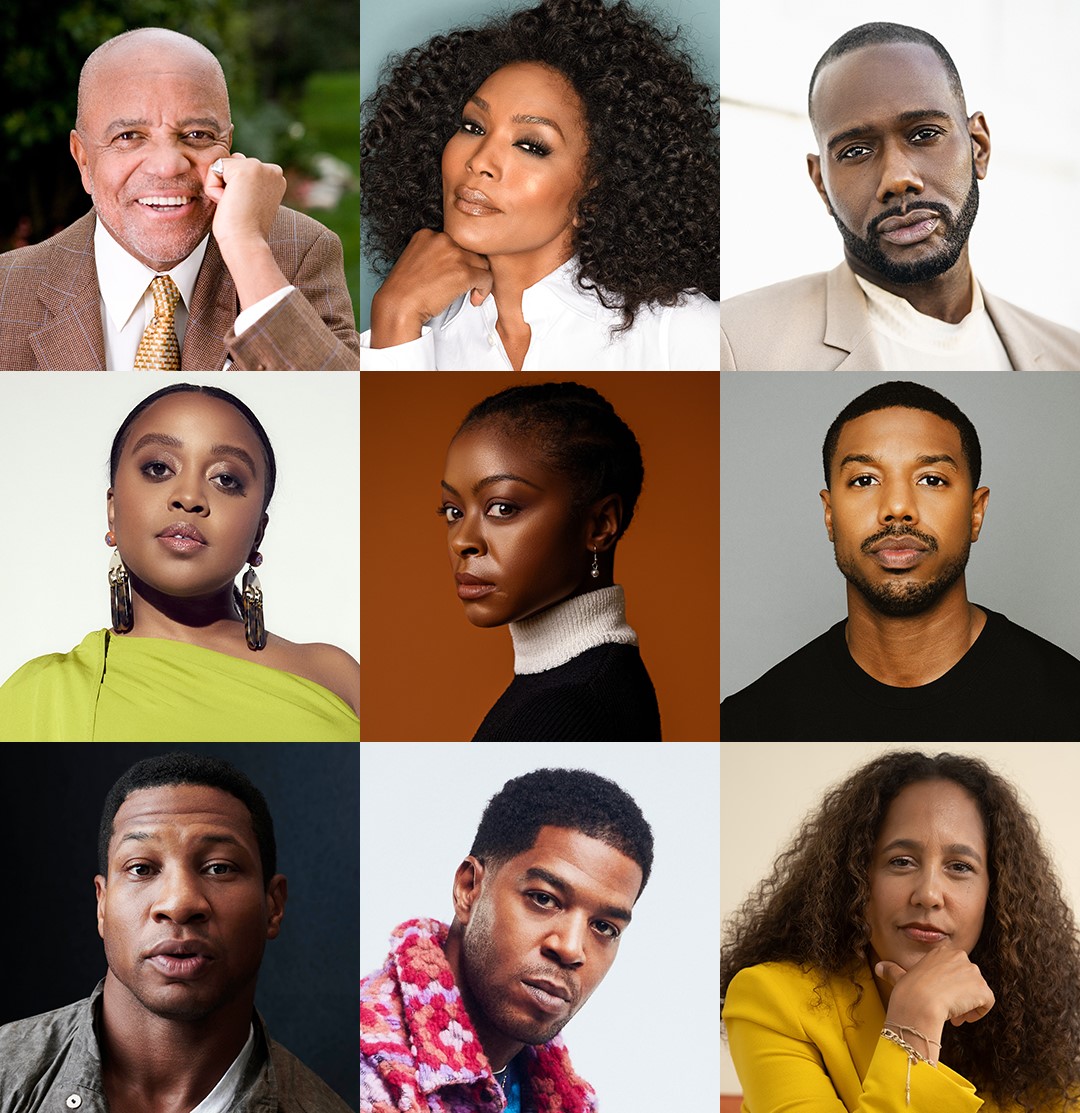 Songwriter, producer, director, entrepreneur, and founder of Motown, Gordy will receive the Icon Award for his unparalleled contribution to music, film and popular culture, while Black Panther: Wakana Forever star Bassett will receive the Career Achievement Award for her extraordinary career and her recent role as Queen Ramonda in the Marvel Studios film.

Actor, producer and director Jordan will receive the Melvin Van Peebles Trailblazer Award for his overall contribution to the industry and in celebration of his directorial debut with the United Artists Releasing film, Creed III. In addition to directing the film, he reprises his role as Adonis Creed, as well as produces under his Outlier Society production banner. Grammy Award winning musician, multi-platinum recording artist and actor Kid Cudi will be honored with the Groundbreaker Award for his starring role as Jabari in the Netflix television event, Entergalactic, which he also created.

Emmy award-winning writer, producer, and actress, Brunson will be presented with the Actress Award for Television for her role as Janine Teagues on ABC’s hit series, Abbott Elementary, which she created and also executive produces.

Deadwyler will be honored with the Actress Award for Film for her role as Mamie Till-Mobley in the Orion Pictures and United Artists Releasing film, Til.

Emmy and Critics’ Choice Award nominated Majors will be presented with the Actor Award for Film for his role as Jesse Brown in Columbia Pictures and Black Label Media aerial war epic, Devotion.

The Director Award for Film will be awarded to director Gina Prince-Bythewood for her work on TriStar Pictures and Entertainment One’s critically-acclaimed, The Woman King.

Brian Tyree Henry will be awarded with the Supporting Actor Award for his performance as James Aucoin in Apple Original Films and A24’s, Causeway.

Nicco Annan will receive the Actor Award for Television for his role as Uncle Clifford on the STARZ hit series, P-Valley.

Writer and director Elegance Bratton will accept the Social Justice Award for his inspiring work on the A24 film, The Inspection.

Actress and comedian Ayo Edebiri will receive the Rising Star Award presented by IMDbPro for her role as Sydney Adamu on the FX series, The Bear. And Quincy Isaiah will also accept the Rising Star Award for his role as Magic Johnson on the HBO Original series, Winning Time: The Rise of the Lakers Dynasty.

Writer/Director Nikyatu Jusa will accept the Breakthrough Film Award for the Amazon Studios and Blumhouse film, Nanny, an award winner at Sundance earlier this year.

The Ensemble Award will be presented to the cast of ABC’s sitcom, The Wonder Years.

“It has truly been a year to celebrate,” said CCA Board Member Shawn Edwards, Executive Producer of the event. “The unprecedented amount of content about the Black experience on film and television made it very difficult to choose our honorees for this milestone year. And our special Icon Award honoree, Berry Gordy, pushed open a heavy door during the 70s and 80s through his Motown Productions with a string of movies and TV series that helped pave the way for future Black storytellers.”

The Critics Choice Association’s Celebration of Black Cinema & Television will be hosted by veteran comedian Bill Bellamy and televised on KTLA in January and shown nationwide on Nexstar stations throughout the month of February in honor of Black History Month.

Takes Stand In Sex Assault Trial: “For Five Years I’ve Been Unable To Clear My Name”