Ashton Kutcher and Mila Kunis enjoyed a casual day out with their kids around Studio City on Jan. 8.

Mila Kunis, 38, and Ashton Kutcher, 43, were spotted out with their two kids: 7-year-old daughter Wyatt, and 5-year-old son Dimitri. Each parent sweetly held hands with one of the little ones — Ashton with Wyatt and Mila with Dimitri — as they made their way across a tree lined street on Friday, Jan. 7 in Studio City, California. The pair could have been attending a birthday party, as Wyatt held onto a black bag adorned with rainbow colored hearts that looked like party favor. 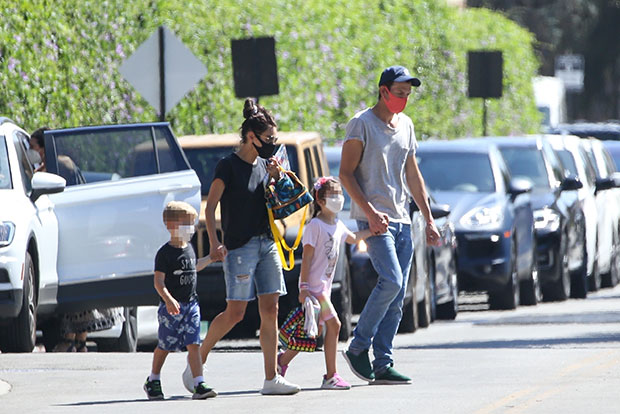 Mila switched up her usual hairstyle to rock two mini buns, giving us serious Princess Leia vibes from Star Wars. The mom-of-two kept the rest of her outfit low key with a knee-length pair of cut-off denim shorts and a black t-shirt that matched her sunglasses and face mask. She finished her outfit with white sneakers, and could also be seen holding a shark covered lunch bag and small poster board or piece of paper. 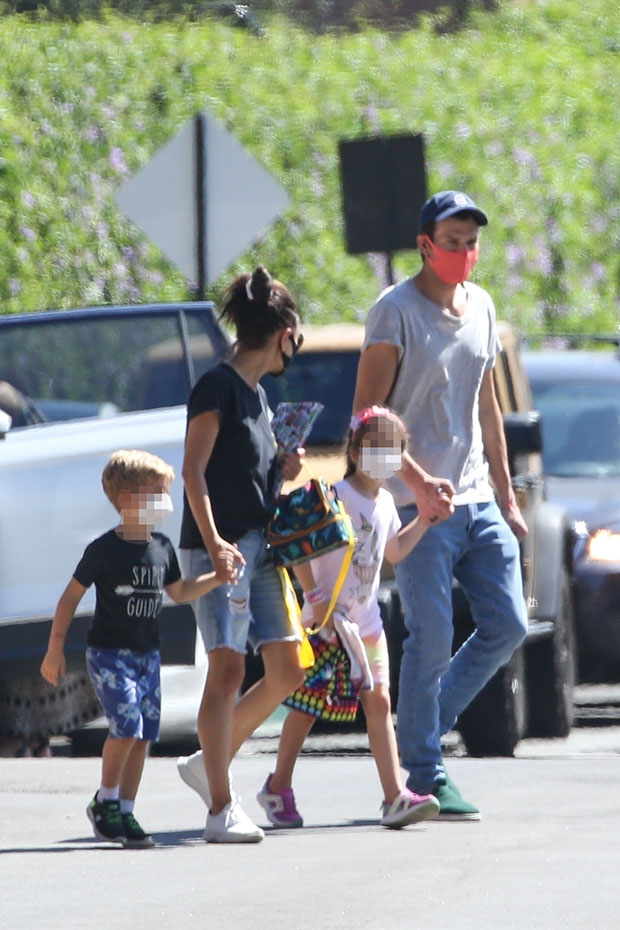 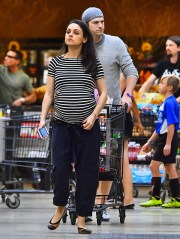 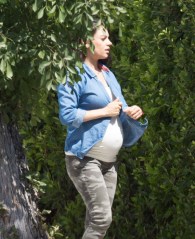 Ashton matched her vibe with a full-length pair of jeans and a gray shirt, adding a navy blue hat and bright orange face mask. He also opted for sneakers, going for a forest green colored pair. Both kids wore shorts and t-shirts just like their mom, braving the cooler-than-usual weather in the 60 degree range. Wyatt specifically showed off her style with a unicorn printed t-shirt and rainbow shorts, while her little brother went navy blue and black.

Ashton and Mila initially met while shooting That ’70s Show in the 90s, but didn’t begin dating until 2012 — six years after the comedy series ended. The pair married in 2015, and went onto welcome two kids — but Mila has previously admitted it’s not always smooth sailing! The Bad Moms actress hilariously confessed her biggest “parenting fail” to Ellen DeGeneres on Oct. 20, and it definitely brought the laughs.

“There was a little kid in my kids’ preschool that wasn’t very kind and pushed my daughter. My daughter came back, and she was like, ‘Such-and-such little kiddo pushed me,’” she recalled. “And I instinctively said, ‘did you push her back?’ And my daughter’s like, ‘No!’ And I was like, ‘Push her back next time. Push her back and say, no thank you, and you walk away.’”