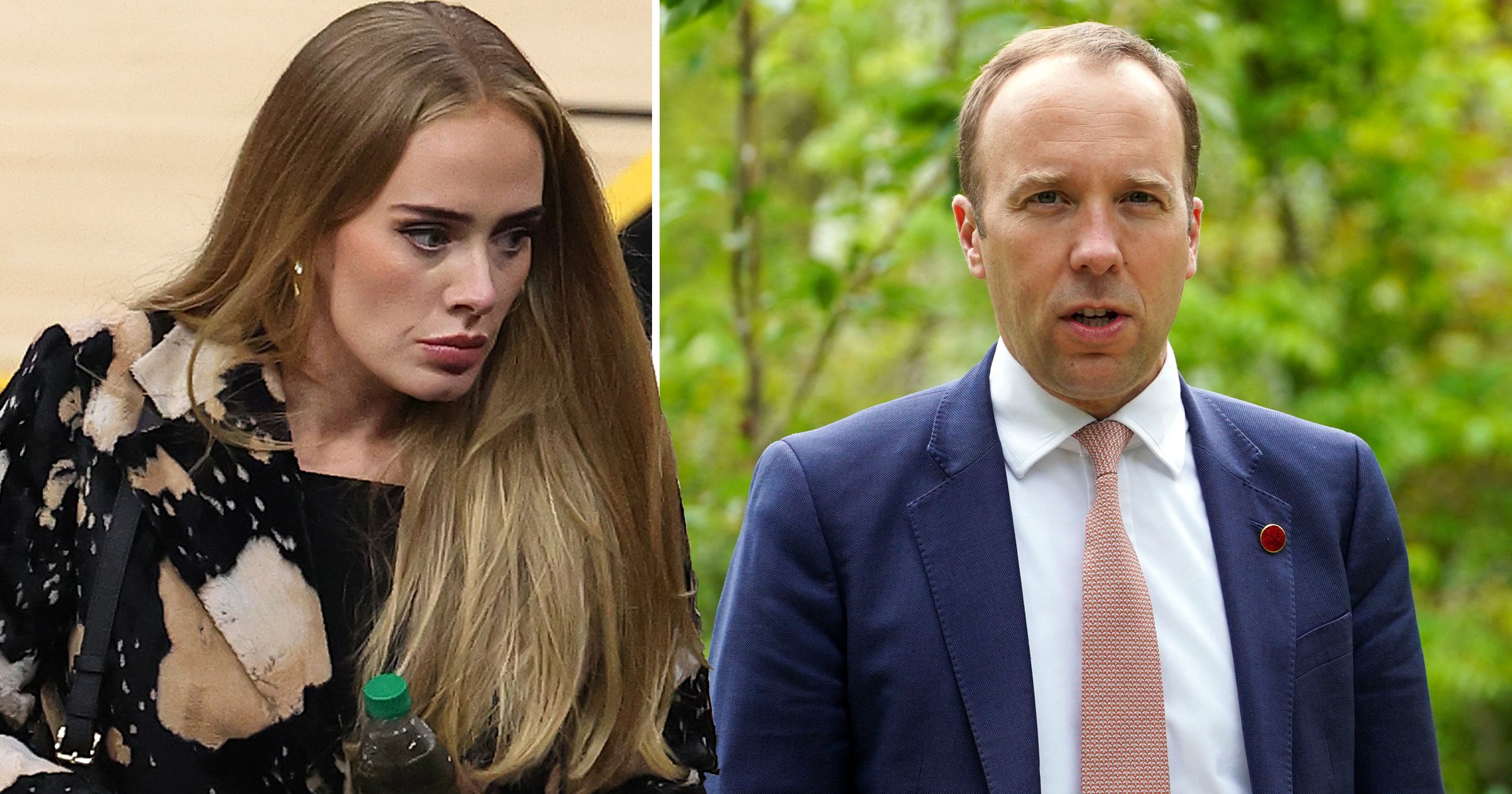 Adele may be living in Los Angeles but that doesn’t mean she’s fallen out of the loop when it comes to the happenings of British politics.

In her recent British Vogue cover interview (which still, frankly, has us gasping for air) the superstar bared all when it came to her new music, her divorce from Simon Konecki, her weight loss and her new relationship with sports manager Rich Paul.

The MP was embroiled in a right scandal after he was caught on CCTV lip-locked with his aide Gina Coladangelo in June.

He would go on to step down from his role and apologise for breaking his own rules on social distancing, but months later he’s still a topic of conversation for Adele.

According to writer Giles Hattersley, ‘in full Peggy Mitchell mode’, Adele had one description for the backbencher.

Adele said: ‘The dirty sod!’ as the profile added: ‘Then – presumably imagining tomorrow’s headlines – looks briefly panicked, before shrugging. Whatever!’

Look, while the ‘tomorrow’s headlines’ is evidently right on the money, we have to share our snaps for Adele’s candour on British politics.

Adele fans were spoiled by the glossy magazine shoot and revelatory interview which accompanied it, in which she shared insight into her new music – the first single, Easy On Me, to drop next week – and told those critiquing her recent new look to ‘suck my d**k’ in true Adele style.

Speaking on her split from charity boss Simon, she told the publication that she drifted from him.

‘It just wasn’t… It just wasn’t right for me anymore,’ she said. ‘I didn’t want to end up like a lot of other people I knew. I wasn’t miserable miserable, but I would have been miserable had I not put myself first. But, yeah, nothing bad happened or anything like that.’

The Rolling In The Deep hitmaker added that one track on her upcoming album is particularly about ‘stuff that happened’ in terms of her relationship breakdown, and she said she wanted to include it for their nine-year-old son, Angelo.

Also opening up about her journey to losing 100lbs, just over 7 stone, in the candid chat, Adele slammed reports of various diets she embarked on and trainers she enlisted, explaining: ‘It was because of my anxiety. Working out, I would just feel better.

‘It was never about losing weight, it was always about becoming strong and giving myself as much time every day without my phone.

‘I got quite addicted to it. I work out two or three times a day.’

Tags: Adele, matt hancock
You may also like
Celebrities News