Congratulations to Adam Rippon and Jussi-Pekka Kajaala! The Olympian revealed that he and his beau got engaged in December 2020 after popping the question to each other!

Adam Rippon AND Jussi-Pekka Kajaala said yes! The Olympic figure skater, 31, revealed on Instagram that he and his longtime boyfriend, who lives in Helsinki, Finland, proposed to each other in December 2020 after finally reuniting amidst the pandemic. And yes, they both have gorgeous golden engagement rings. The proposal was magical, Adam said in a February 10 Instagram post.

“JP and I didn’t get to see each other for almost all of 2020 because of the pandemic,” Adam wrote on Instagram, sharing a set of adorable photos from their engagement. “When there was finally a chance for me to go and see him in Finland, I jumped at it. I was there for a little over two months.” Adam said that they spent their time humoring each other by trying out jokes for a sitcom (Adam) and building a cottage (Jussi-Pekka).

“So, in between all that and binging the entire four seasons of The Crown, we bought ourselves some rings and said that magic word.. duh!’ We got ~*engaged*~,” he concluded. Adam shared the exciting news on the February 10 episode of Good Morning America. “We were super ready to do it,” he said. “It’s time, it’s exciting. We didn’t want to do anything big, but we both wanted to have a ring. We went to a nice dinner and we did it at the same time. We did three, two, one, and we put the rings on.” 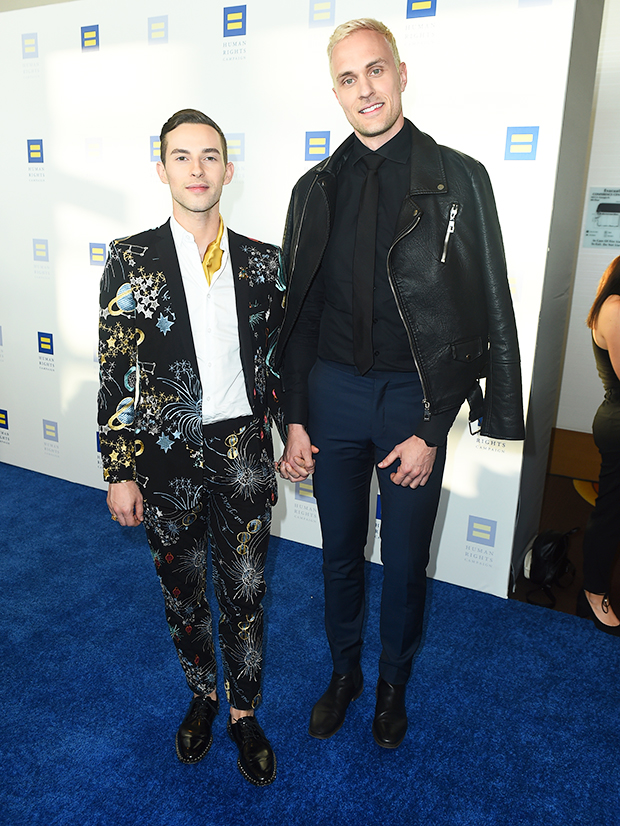 Adam and Jussi-Pekka made their relationship Instagram official in April 2018, just a few months after Adam won a bronze medal for figure skating at the Winter Olympics in Pyeongchang, South Korea. They met on Tinder while he was competing abroad! Despite the long distance — Jussi-Pekka living in Finland and Adam in Los Angeles, they’ve made it work. Congratulations to the happy couple!

Tags: Adam Rippon
You may also like
Celebrities News