Daisy Ridley stars opposite Tom Holland in the new movie Chaos Walking. Both actors, of course, are strongly associated with their roles as Rey and Spider-Man, respectively. And in the case of Ridley, her Star Wars character is often brought up alongside co-star Adam Driver. As Rey and Kylo Ren, Ridley and Driver anchor the sequel trilogy. But they met years earlier. 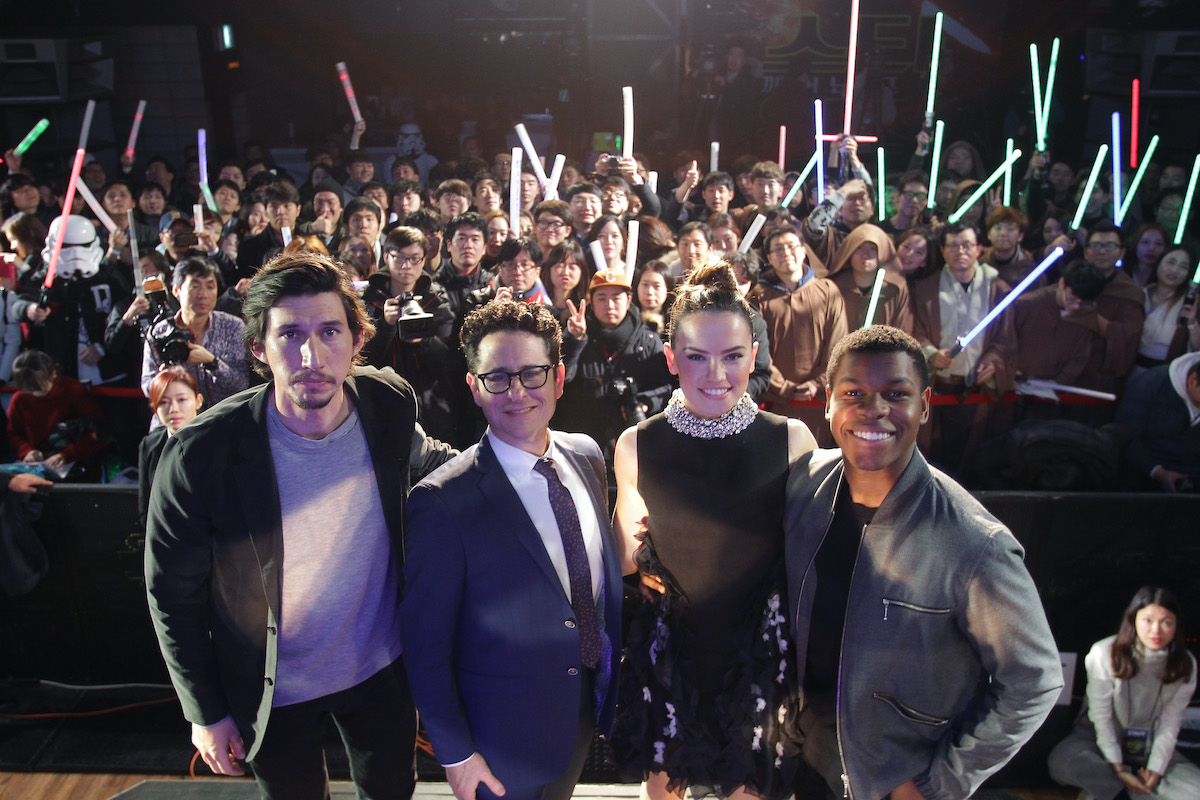 Star Wars: The Force Awakens introduced a whole new generation of characters to the “galaxy far, far away.” But by the end of that 2015 film, it became clear Ridley and Driver were the two driving the narrative. As the scavenger-turned-Jedi Rey and the fallen former hero Kylo Ren aka Ben Solo, the actors established such chemistry some fans hoped for a bit of space romance.

On-screen, Rey and Kylo Ren did eventually share a kiss in the final minutes of Star Wars: The Rise of Skywalker. It was one of the most divisive moments in a fairly divisive conclusion to the sequel trilogy. Behind the scenes, Ridley and Driver’s relationship has remained strictly platonic. In fact, the two stars became close friends during the years they spent in the Star Wars saga.

Indeed, the commitment it takes to take on a single Star Wars project — let alone three — lends itself to fast friendships. However, as Ridley and Driver revealed to Vogue back in 2017, they already knew each other a bit before they were cast as Rey and Kylo Ren. After Driver asked Ridley how she handles meeting new people, she touched on the stars’ shared history.

“As we discovered, Adam, we became besties last year, but we had met some years before. It really takes me a while to relax with people,” Ridley told Driver in Vogue. “I don’t think I’m very good at meeting people: I feel awfully uncomfortable. So, I find meeting people very stressful. But it gets easier, and I think I’m getting better at being okay with that, you know?”

Driver addressed his difficulty with small talk. As the actor said, “it’s always like two back-and-forths of like, ‘Hey, how are you? How’s the weather?’ And then five seconds later, I’m like, ‘So, what’s your relationship like with your mother?’ It always goes really deep really quickly.” By the sounds of it, Ridley and Driver needed Star Wars for their friendship to grow.

Could Adam Driver and Daisy Ridley ever return to the ‘Star Wars’ saga?

With the Star Wars sequel trilogy complete, it falls back to Ridley and Driver to keep their friendship alive. After all, it seems Lucasfilm has no current plans to continue Rey and Kylo Ren’s stories. But there might be a chance the two actors return to the saga someday.

Ridley recently commented that she would “never say never” about possibly coming back as Rey. And if she does, perhaps Driver will bring Ben Solo back as a Force ghost. Of course, even if Star Wars Episode 10 did come together, it could be many years or even decades from now.