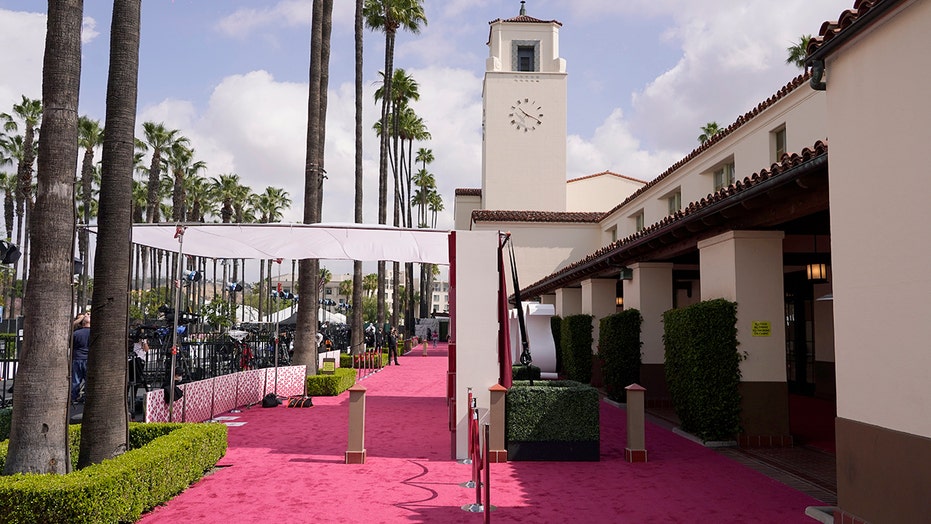 The 93rd Academy Awards’ change of venue due to the coronavirus puts Hollywood’s biggest stars in more danger of the city’s criminal element than usual.

Fox News confirmed that a man was arrested in the Union Station area where crew members were setting up to welcome the biggest movie stars of the year later on Sunday. A spokesperson for the Los Angeles Police Department said a male adult was taken into custody for private person battery after he pushed a security guard who attempted to stop him from allegedly breaking into a secured area.

The suspect was taken into custody by police shortly after the incident around 11 a.m. PT. The police spokesperson noted that the security guard was not injured in the incident.

The Oscars, which usually take place at the Dolby Theater, are in the downtown Los Angeles space for the first time ever in an effort to reimagine the show in a safe way so that celebrities and filmmakers can actually attend the event, marking one of the first major award shows to do so since the coronavirus pandemic hit.

OSCARS 2021: A BREAKDOWN OF THE NOMINATED MOVIES

The Academy Awards will take place in a different venue in 2021.
(Danny Moloshok/Invision/AP, File)

However, TMZ notes that the change of venue places the event in a higher-crime area of the city than normal, which may be attracting more danger and possibly putting more people at an elevated risk.

The outlet reports that the arrest on Sunday was not the only such incident to take place as the Academy Awards were setting up. Earlier this week, TMZ reports that a crew member for the show was mugged in the area and the suspect is reportedly still at large.

The LAPD spokesperson had no information on that incident when reached by Fox News.

The arrest comes amid reports that steps were taken by the Academy to voluntarily relocate the homeless population that usually inhabits the area.

According to FOX 11 Los Angeles, homeless groups were ordered to vacate the area about a week before the star-studded event.

“They came to us about a week ago saying that we had to move by Friday 6 p.m. because they were trying to clean up for the Oscars,” a man named DJ told FOX 11. “They told us if we didn’t move, they were gonna just demolish our stuff.”

DJ, who frequents the area with his tent, added that many were “forced” to go to the Grand Hotel between West 3rd and North Figueroa Street – which is approximately 1.5 miles away on foot. 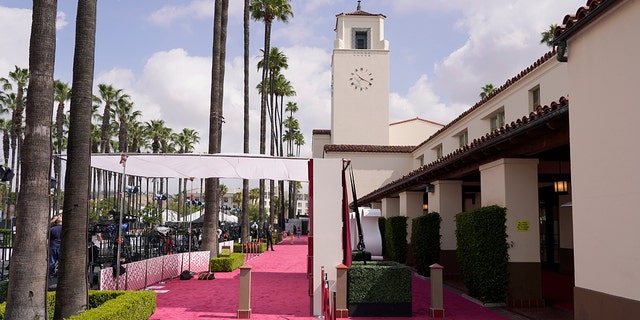 A man was arrested for trying to break into a secure area near the 93rd Academy Awards in Union Station in Los Angeles.
(AP Photo/Chris Pizzello, Pool)

However, a media representative for the Academy Awards told Fox News that organizers for the Oscars have worked with several community, county and city nonprofits to limit disruption for Union Station’s homeless population, including the Los Angeles Homeless Services Authority and People Assisting the Homeless.

Groups working on the show have reportedly approached unhoused individuals with offers of permanent or temporary relocation. However, it is said that relocation has ultimately been optional and not forced. Other services that have been offered include meals, COVID-19 vaccines and more.