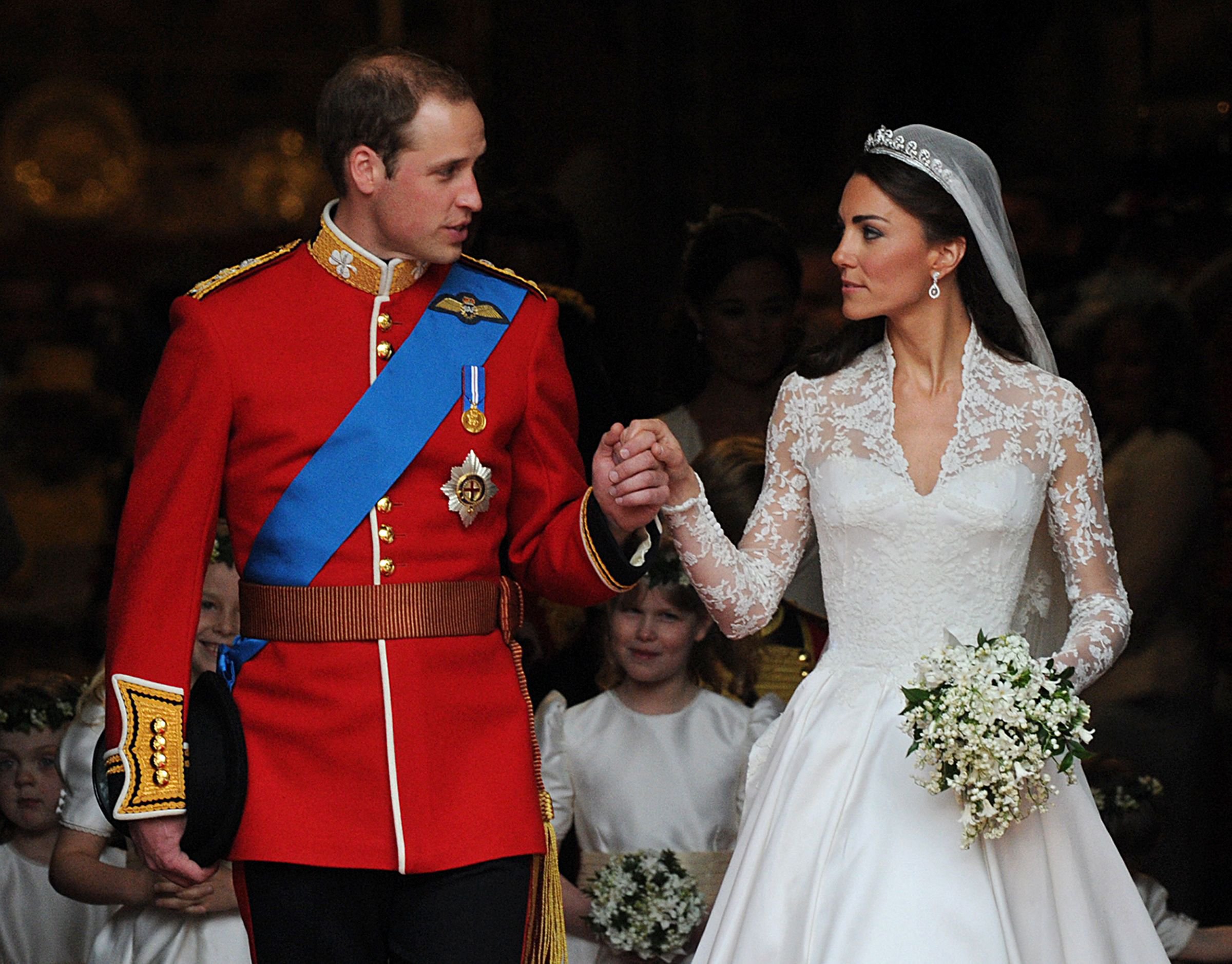 It has been 10 years since the world watched on as Prince William married Kate Middleton at Westminster Abbey.

Tens of millions of people around the world tuned into the royal wedding on April 29, 2011, with an estimated 36.7m people in the UK watching part of the broadcast.

In the run-up to the wedding, we gossiped about what the bride would wear (Sarah Burton at Alexander McQueen), who would steal the show (that would be a then little-known Pippa Middleton carrying her sister’s train), and which celebrities would be gracing the pews.

We weren’t let down by the latter, and while there may have been less showbiz representation at Will and Kate’s wedding than Harry and Meghan’s – well, Meghan was in Suits, after all – there were still plenty of star-spotting opportunities.

On William and Kate’s 10th anniversary, we’re taking a look back at the celebs that nabbed invites to the wedding of the decade.

Posh and Becks basically had the royal wedding of celebs, so it was only fitting that they were invited to Will and Kate’s day.

William and David got to know each other through the world of football, and worked together on London’s Olympic bid in 2007, while Victoria sent Kate a collection of her dresses to wear.

Victoria, who was pregnant with daughter Harper at the time, looked chic as always in a loose-fitting navy dress of her own design and matching Philip Treacy hat, while her husband opted for tops and tails.

However, both stars suffered an etiquette boo boo – while royal etiquette states that heels should be no higher than four inches, Victoria chose to wear sky-high platforms, while David had to swap his OBE medal from his right lapel to his left after entering the church.

This didn’t bar them from the next big royal wedding, though, as Victoria and David returned for Meghan and Harry’s big day in 2018.

Soul star Joss Stone is close friends with both William and Harry, having worked with the royals on numerous charities, and bagged an invite to both their weddings.

At William’s wedding, she wore a hot pink dress and jacket, and a cream hat adorned with pink roses.

Elton has a long-standing relationship with the royals and was close friends with William’s mother Princess Diana, later performing a special version of Candle In The Wind at her funeral.

He attended the wedding with husband David, and later said: ‘To see [William] walking up the aisle with a beautiful woman, the love of his life… I’m sure Diana would be very, very happy about it.’

It Girl Tara grew up with William and Harry, as her parents were close friends with Prince Charles, and even holidayed with the royals as a young girl.

Both she and her sister Santa were invited to the wedding, and Tara turned heads in a vibrant blue dress with matching gloves, heels, bag and hat.

Mr Bean himself landed an invite as a ‘close friend’ of Prince Charles.

The actor met Charles via his work for The Prince’s Trust, and even attended the wedding of Charles and Camilla Parker Bowles back in 2005.

Rowan wore tops and tails, and was accompanied by his wife Sunetra, who he split from in 2014.

Ben Fogle actually landed an invite to the royal wedding through his wife Marina, whose family moved in royal circles for years.

Marina’s sister Olivia Hunt even briefly dated the groom while at university.

Ben jazzed up his three-piece suit on the day with a bright blue tie, while Marina, who was seven months pregnant, dressed her bump in a green dress and accessorised with a taupe coat and fascinator.

Director Guy Ritchie was actually invited by the bride, as he is a sixth cousin to Kate and, despite being very extended family, is said to be close with Kate.

Guy’s wife Jacqui Ainsley was invited but could not attend due to be heavily pregnant, so Guy went solo, dressed in a slick morning suit.

Famed photographer Mario Testino was invited to the wedding, having taken William and Kate’s engagement photo.

He told the Telegraph of the shoot: ‘I waited a long time, an hour or two, to make that picture perfect. But I wasn’t totally satisfied. Then, when I’d finished the shoot, they were about to leave and they suddenly hugged in front of a radiator.

‘It was spontaneous emotion. You could see they were completely in love.’

Irish actress Amy Huberman was forced to attend the royal wedding on her own, after her rugby star husband Brian O’Driscoll turned down his invite as his club team Leinster were due to play in the Heineken Cup semi-final against Toulouse the following day.

She later said: ‘Brian and I had both been invited. The squad had ended up going into the Heineken Cup Semi Finals so he couldn’t go.

‘He was like, “you should go.” So I did on my own. I was terrified. I would rather go and be terrified than regret not going.’