I don’t know who needs to hear this, but just because the stars say your relationship should work out doesn’t mean it will. Astrological compatibility cannot always guarantee a relationship’s success, and all the astrologically compatible celebrity couples who broke up over the years are living proof. Several A-list exes have had long-lasting love written in the stars, and IMO, their breakups hurt worse than when celeb duos with mismatched zodiac signs split. Don’t worry, astrology — I’ll never lose faith in you. But when A-listers with compatible zodiac signs split, I can’t help but question things a bit.

Though this isn’t always the case, many of the strongest zodiac sign pairings share the same element. Aries and Sagittarius, for instance, make a fiery combination. Gemini and Libra are a breeze together. Taurus and Virgo are totally rock-solid, as are Taurus and Capricorn. And Cancer and Scorpio are a passion-filled dream come true. Many same-sign zodiac pairings also work well together, like two Cancers or two Virgos. However — just like astrologically incompatible couples who have beaten the odds — famous couples with strong astrological bonds don’t always last, and these surprising Hollywood breakups are proof of that very sad fact. Fans were shocked when the news of Kim Kardashian and Kanye West’s reported decision to divorce broke in January 2021, especially since the couple is — astrologically-speaking — a near-perfect match. As two air signs, Libras and Geminis tend to be totally in sync, thanks to their similar communication styles and shared values. Unfortunately, that easy-breezy compatibility may not have kept Kardashian (Oct. 21) and West (June 8) together for the long haul. 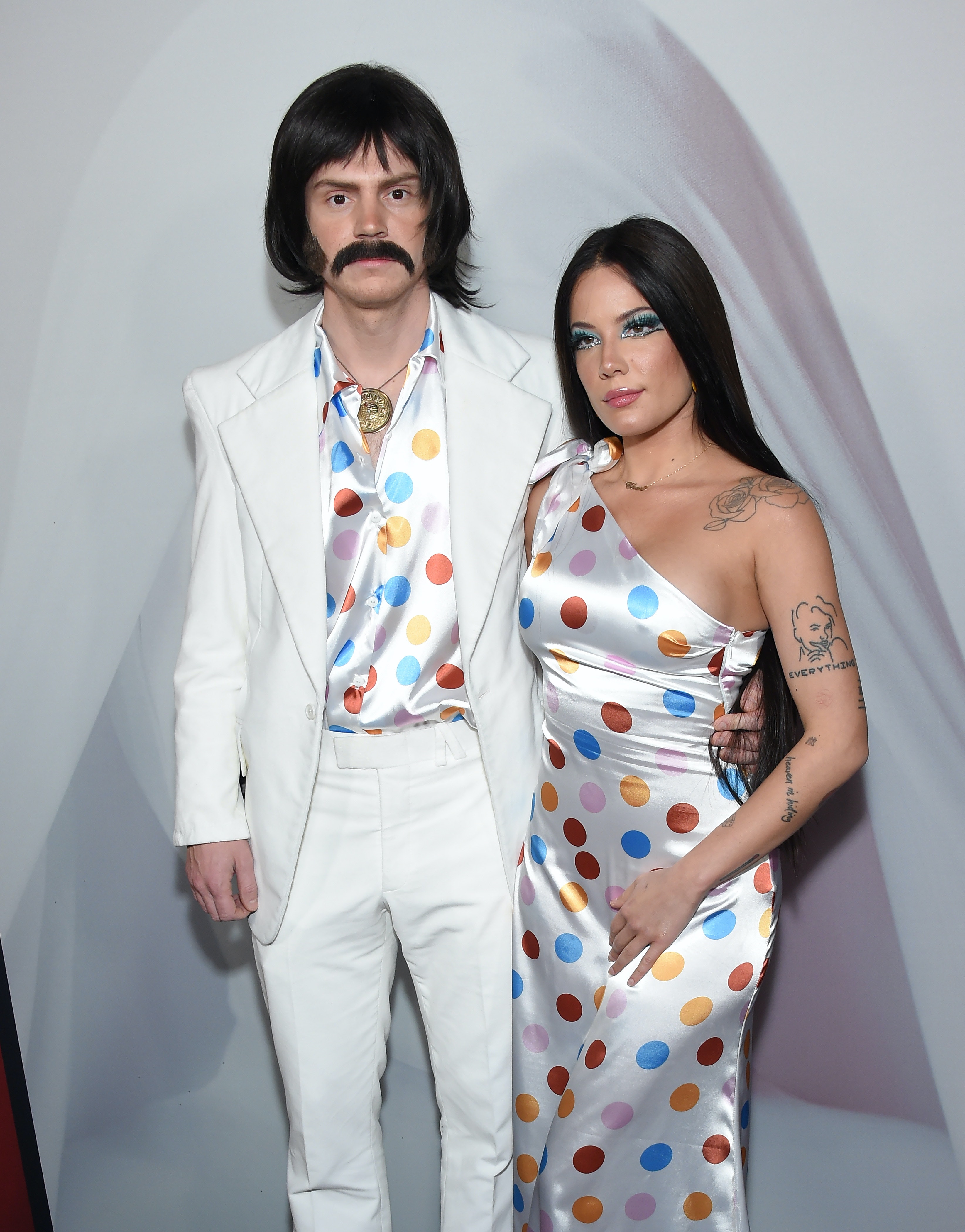 Halsey and Evan Peter’s reported breakup signaled the end of another celebrity air sign pairing. Halsey (Sept. 29) and Peters (Jan. 20) are a Libra and an Aquarius, respectively, and these two air signs are usually drawn together by their strong emotional bond and unreal sexual chemistry. Was that the case with Halsey and Peters? It may have been initially, but that bond didn’t hold in the long run. When Vanessa Hudgens and Austin Butler went their separate ways in January 2020 after nine years together, I briefly lost faith in astrology, TBH. Hudgens (Dec. 14) and Butler (Aug. 17) are both fire signs, and when Sagittarians and Leos get together, they typically have a connection that’s fiery, passionate, and endlessly fun. Despite their big personalities, Sags and Leos are an epic match, but the fire seemingly burned out for these two. Another celeb split that briefly shattered my faith in the stars: Ashley Benson and Cara Delevingne’s breakup in May 2020. Like Hudgens and Butler, Benson (Dec. 18) and Delevingne (Aug. 12) are a Sag and a Leo, and for two years, the couple definitely seemed to have a connection that was straight fire. Sadly, their relationship’s bright flame was extinguished too soon. I’m sure I’m not the only one still shook by Kristin Cavallari and Jay Cutler’s divorce announcement in April 2020, especially considering their on-point astrological compatibility. Cavallari (Jan. 5) and Cutler (April 29) are both earth signs who are known for their practicality, stability, and incredible drive. A Cap-Taurus pairing is usually solid as a rock, but Cavallari and Cutler proved that’s not always the case. I can’t say I was totally shocked Ariana Grande and Pete Davidson didn’t work out, but it is surprising when you consider their zodiac signs. Grande (June 26) and Davidson (Nov. 16) are fellow water signs who live for intense connections and emotional displays. As dramatic as a Cancer-Scorpio pairing may be, it works for them (though unfortunately, not for Grande and Davidson). 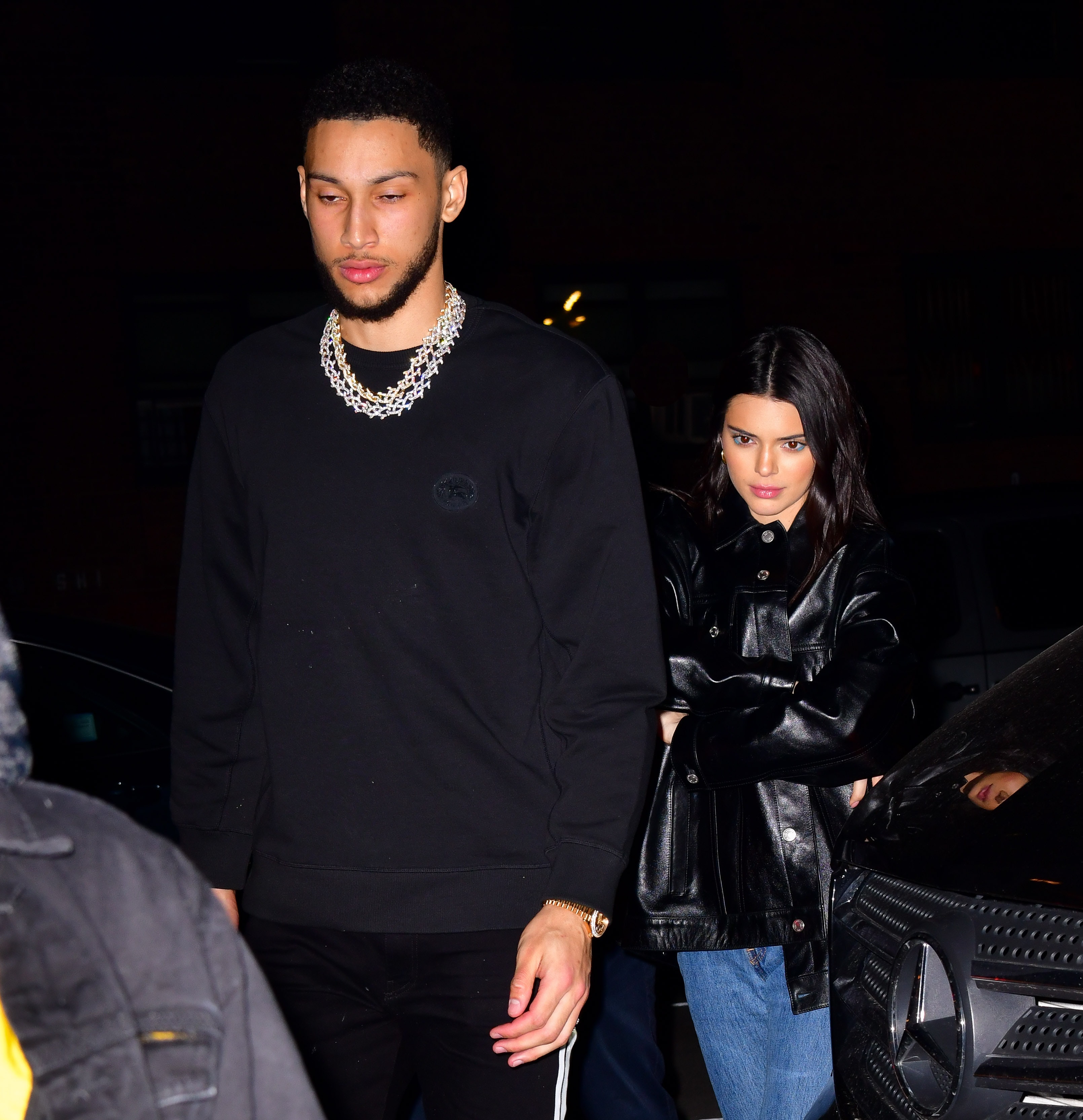 Like Grande and Davidson, Kendall Jenner and Ben Simmon’s split proved two water signs don’t always stand the test of time. Jenner (Nov. 3) and Simmons (July 20) are another Cancer-Scorpio couple who should have thrived, thanks to their shared emotional depth, but perhaps the constant drama was too much for these two to handle. Like Cancers and Scorpios, Cancers and Pisces also tend to make a beautifully compatible match, which is why Selena Gomez and Justin Bieber’s breakup still stings a bit. Sensitive, empathetic, and unfailingly kind, these water signs always seem to be on the same page, but their shared compassion perhaps wasn’t enough to keep Gomez (July 22) and Bieber (March 1) together. Not all same-sign zodiac pairings are a great match, but a Cancer-Cancer relationship tends to be one of the best. That’s why astrology can’t really explain Julianne Hough’s reported decision to divorce Brooks Laich in November 2020. Hough (July 20) and Laich (June 23) share a love of stability and comfort, but these two crabs apparently decided they no longer have the same vision for the future. Aries and Taurus may not seem like the most natural match, but when they get together, rams and bulls just tend to click. And despite Jessie J and Channing Tatum’s breakup in April 2020, their astrological compatibility is undeniable. They may be neighboring zodiac signs, but an Aries-Taurus relationship is usually built on mutual trust, respect, and a desire for material security. Sadly, their astrological bond didn’t help Tatum (April 26) and Jessie J (March 27) secure their future. Another pairing that works better than you may expect: Cancer and Virgo. The world may never know what led to Zendaya and Jacob Elordi’s split (or, TBH, if they were ever even an actual couple), but I do know Cancer-Virgo pairings are typically strong. Both signs desire a partnership built on security and emotional connection, and while Zendaya (Sept. 1) and Elordi (June 26) certainly seemed to form a bond, the stars couldn’t keep them bonded long-term. 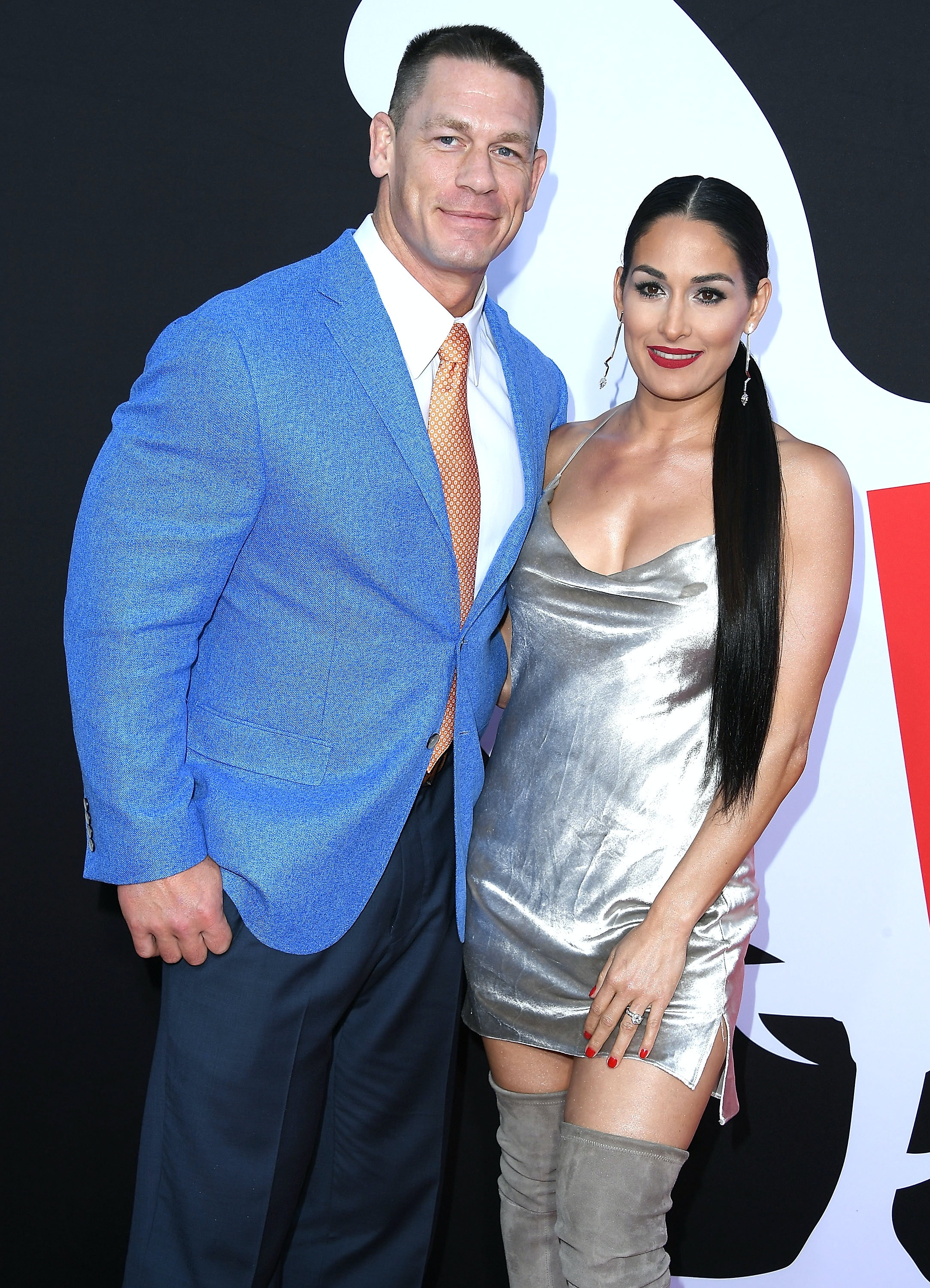 Though they certainly fought hard to make their relationship work, Nikki Bella and John Cena’s decision to part ways in July 2018 was yet another instance of astrological compatibility not being enough. Bella (Nov. 21) and Cena (April 23) are a Scorpio and a Taurus, respectively, and Scorpio-Taurus romances are usually built on loyalty, intimacy, and totally bonkers sex. Sorry the stars couldn’t keep you together, Nikki and John. Another Taurus-Scorpio celeb pairing that just didn’t last? Queer Eye‘s Karamo Brown and Ian Jordan, who ended their engagement in June 2020 after a decade together. Brown (Nov. 2) and (May 8) certainly seemed like a perfect match during their time together, but even the strength of a Taurus-Scorpio bond can’t guarantee a relationship’s success. 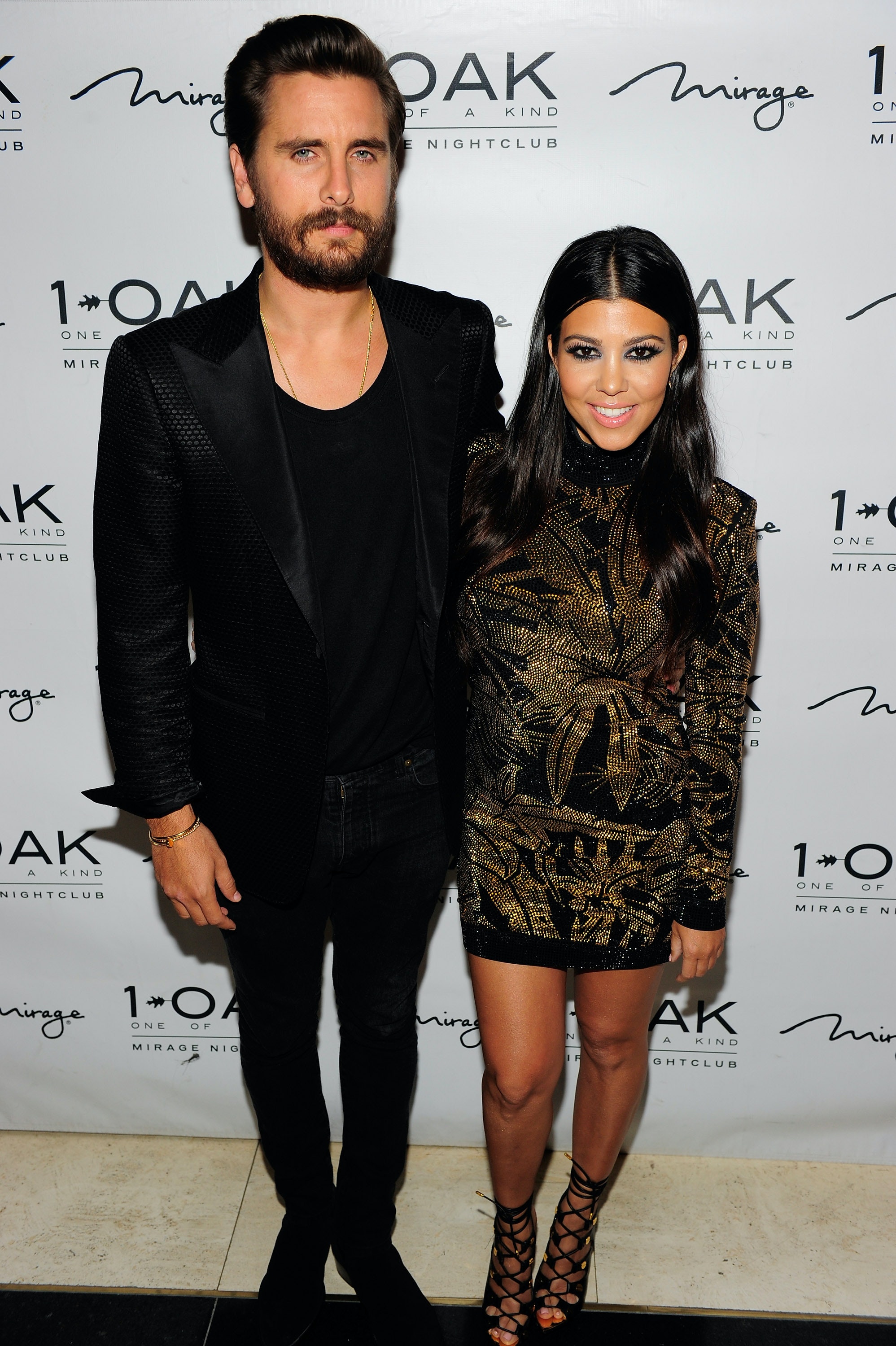 Aries and Geminis tend to be a dream together, and it makes sense, as both signs live for spontaneity, fun, and adventure. What doesn’t make sense is Kourtney Kardashian and Scott Disick’s on-and-off-again relationship. Kardashian (April 18) and Disick (May 26) are a total astrological match, and the fact that these two have remained great friends even after their breakup shows just how strong their bond really is.

Astrology can’t predict everything, y’all, and though I didn’t see these celeb splits coming, they’ve taught me to take astrological compatibility with a grain of salt.