THIS woman shows how she warned prospective tenants away from her dingy flat by highlighting how run-down the space is.

Tiktok user Katie is surrounded by broken plaster and rusty nails in her apartment, but she says her landlord is trying to RAISE the cost of rent next year. 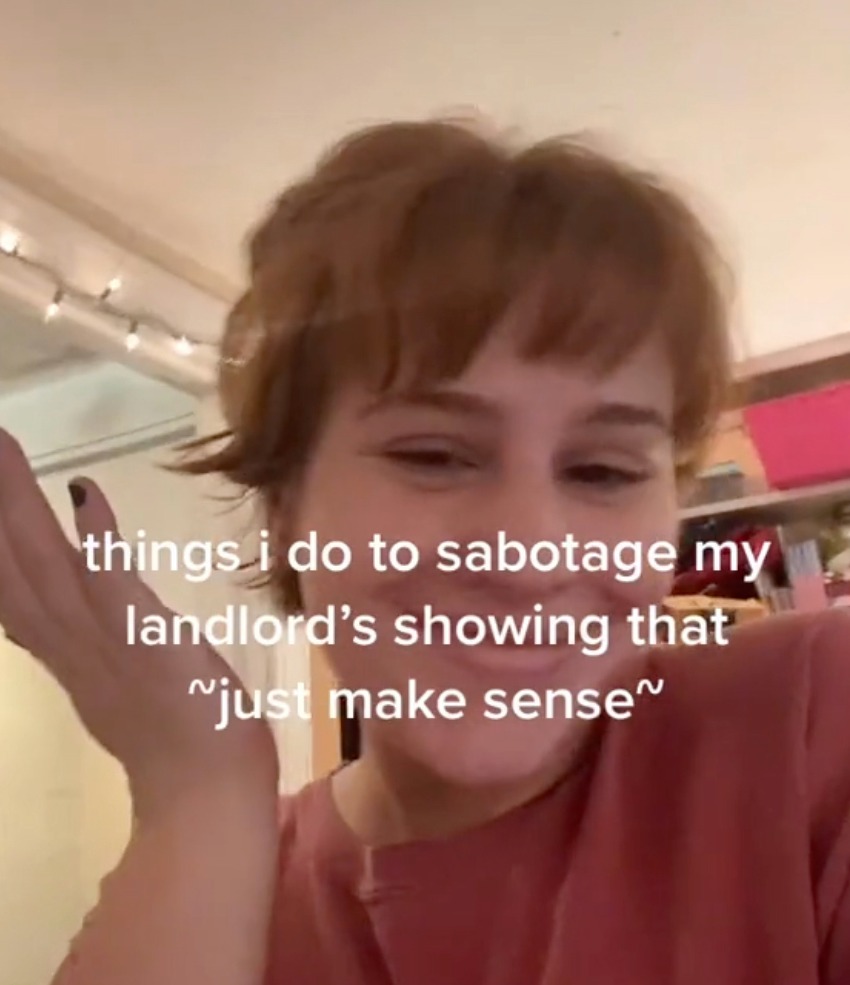 In the video, she explains how she’ll reveal the horrors of her flat to prospective tenants before they end up signing a lease.

Firstly, she highlights the dodgy shower, by putting drain unblocker right next to it “so they know it doesn’t drain”.

Next, she deliberately reveals the crumbling plaster and shocking cracks in the walls.

“Moving the trash can to reveal the horrible wall and the plaster that’s fallen”, she says. 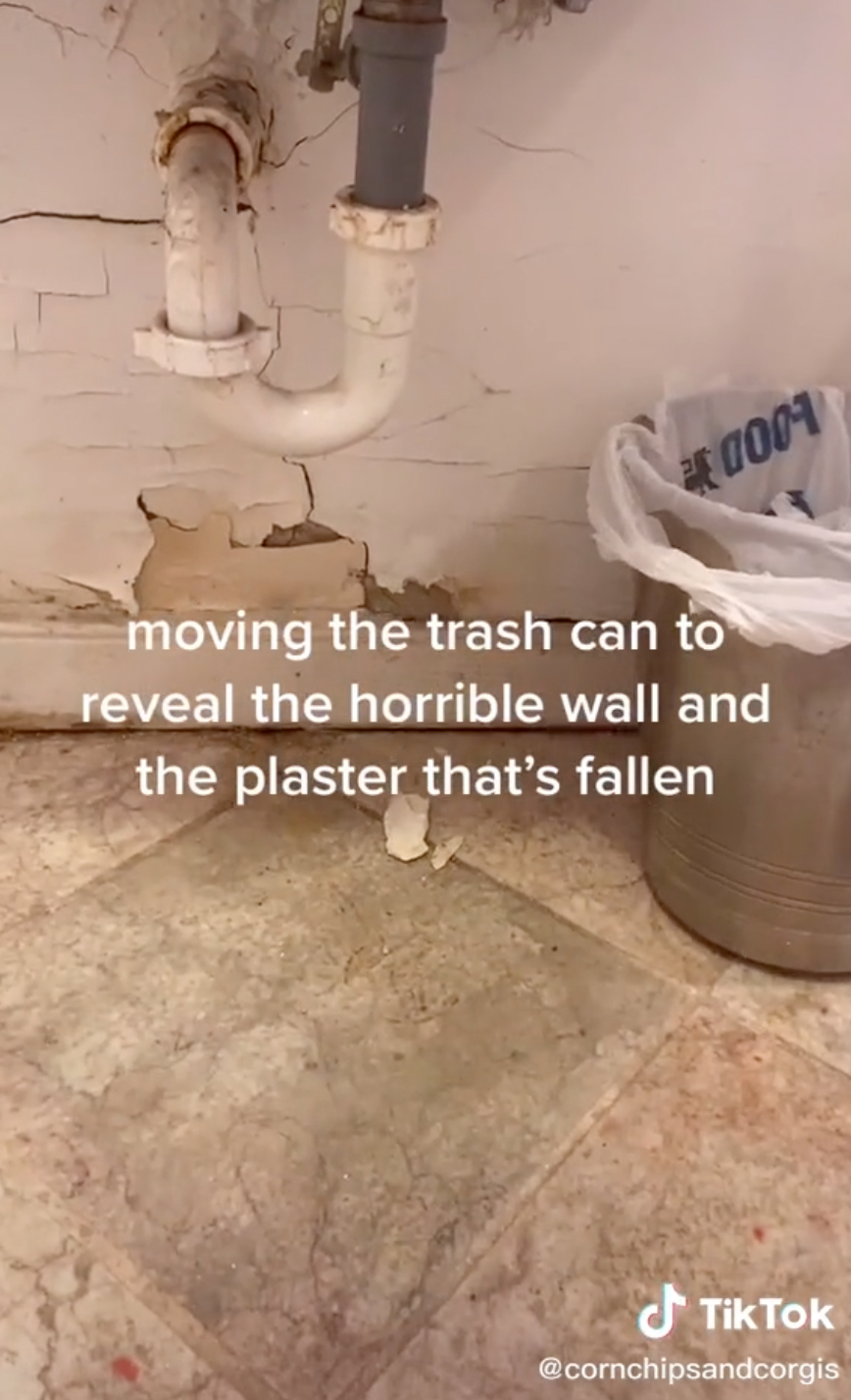 She also moves shelving to reveal even more cracks in the walls, showing off the structural issues in the apartment.

By placing her dehumidifiers “strategically”, she exposes how damp the flat really is.

Removing a pride flag from her bedroom wall, she shows yet another crack in the building.

She even takes a “scary nail” that she found in the flat, and places it in a visible spot on the floor, showing the grim reality of her living conditions.

The video has racked up over 45,000 likes, and commenters were totally on board with Katie’s agenda. 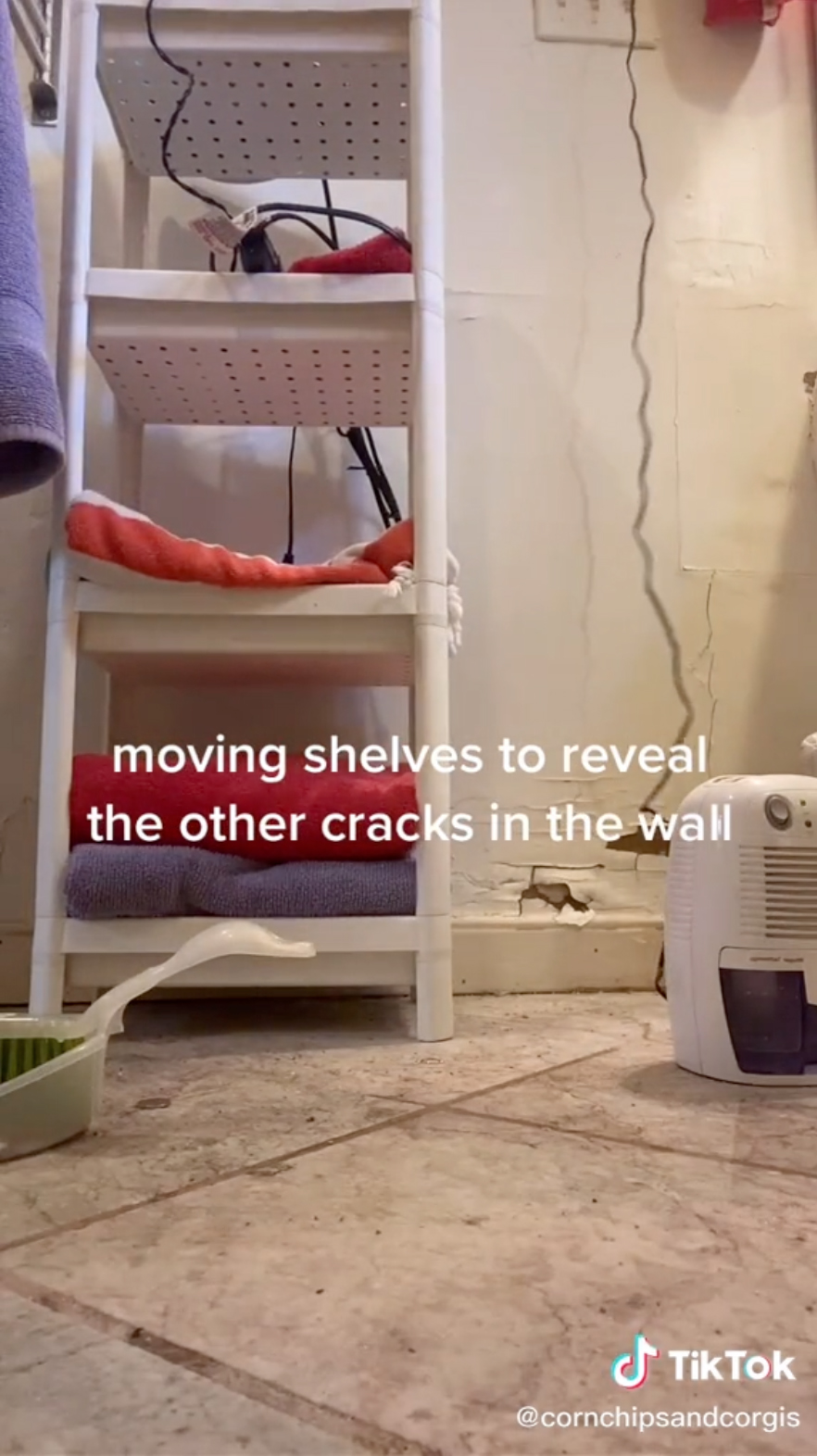 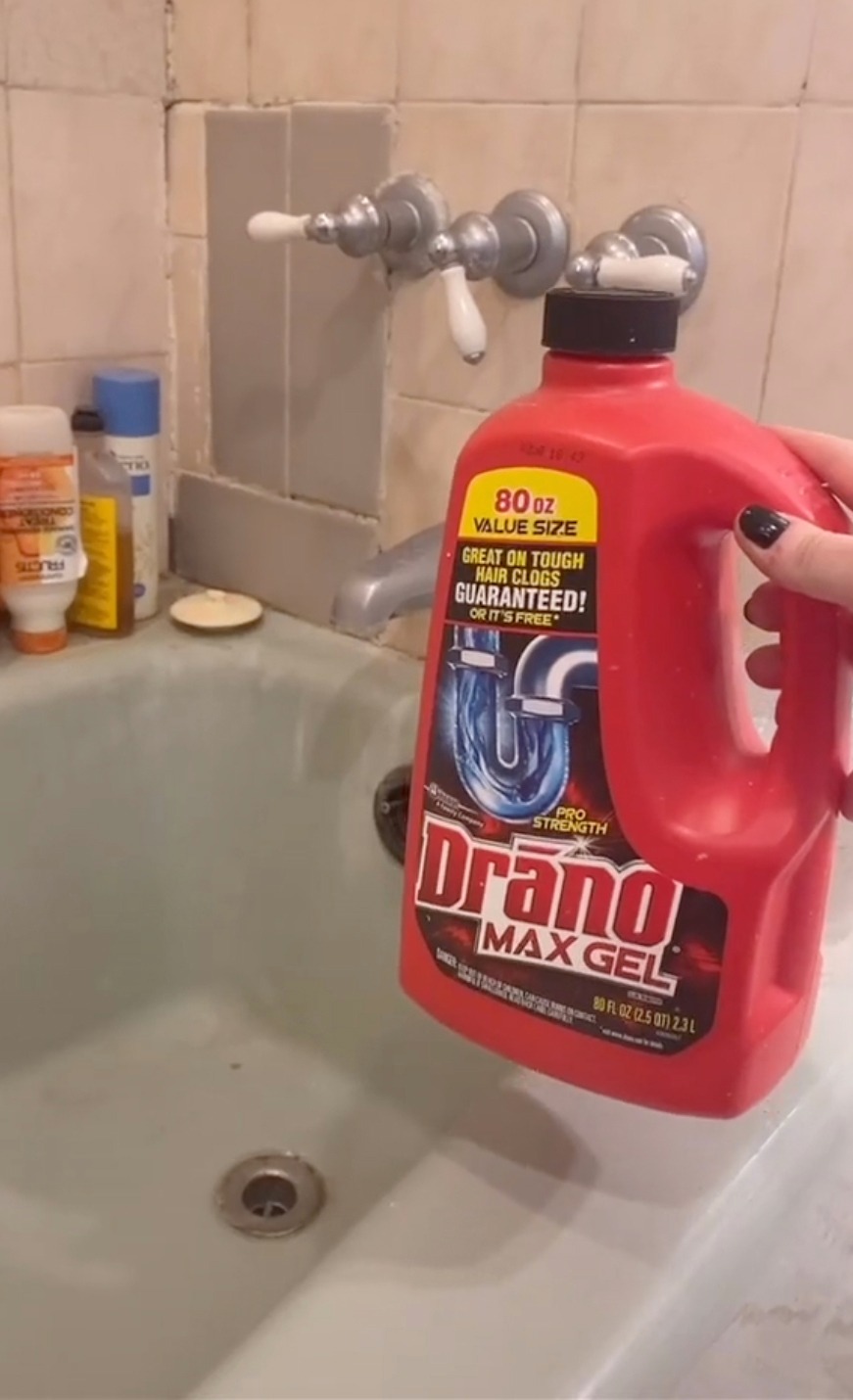 “This isn’t sabotage you’re just showing off the features”, joked one commenter, while another wrote: “AS YOU SHOULD.”

“That’s the proper response. I had vines growing through my outlets and they wanted to raise my rent”, said another angry renter, while a fourth wrote that the landlord was clearly a “slumlord”.

One simply said: “Bestie, I don’t think that’s liveable and the landlord failed you.”

One viewer shared their experience of attending a house viewing that had obviously been “sabotaged” by the existing tenants.

“I once went to a walkthrough and the existing tenants had taped a piece of paper to the bedroom door that said ‘spider count’ with tallies”, they wrote.

Plus, this woman accidentally dissolved her floor when a TikTok cleaning hack went wrong.

Previously, this woman finally cleaned her ‘awful’ smelling car seat which started stinking after she spilt coffee on it three YEARS ago.

Tags: 'sabotage&, to, tries, woman
You may also like
Celebrities News