IT’S the show that’s all about “likeys” and “lightys” … and now several wifeys.

The hit ITV1 dating show Take Me Out returned to our screens on Saturday, and yet again, the show will see a succession of single men descend the love lift and hope to impress the “flirty thirty” waiting women, all with the help of host Paddy McGuinness. 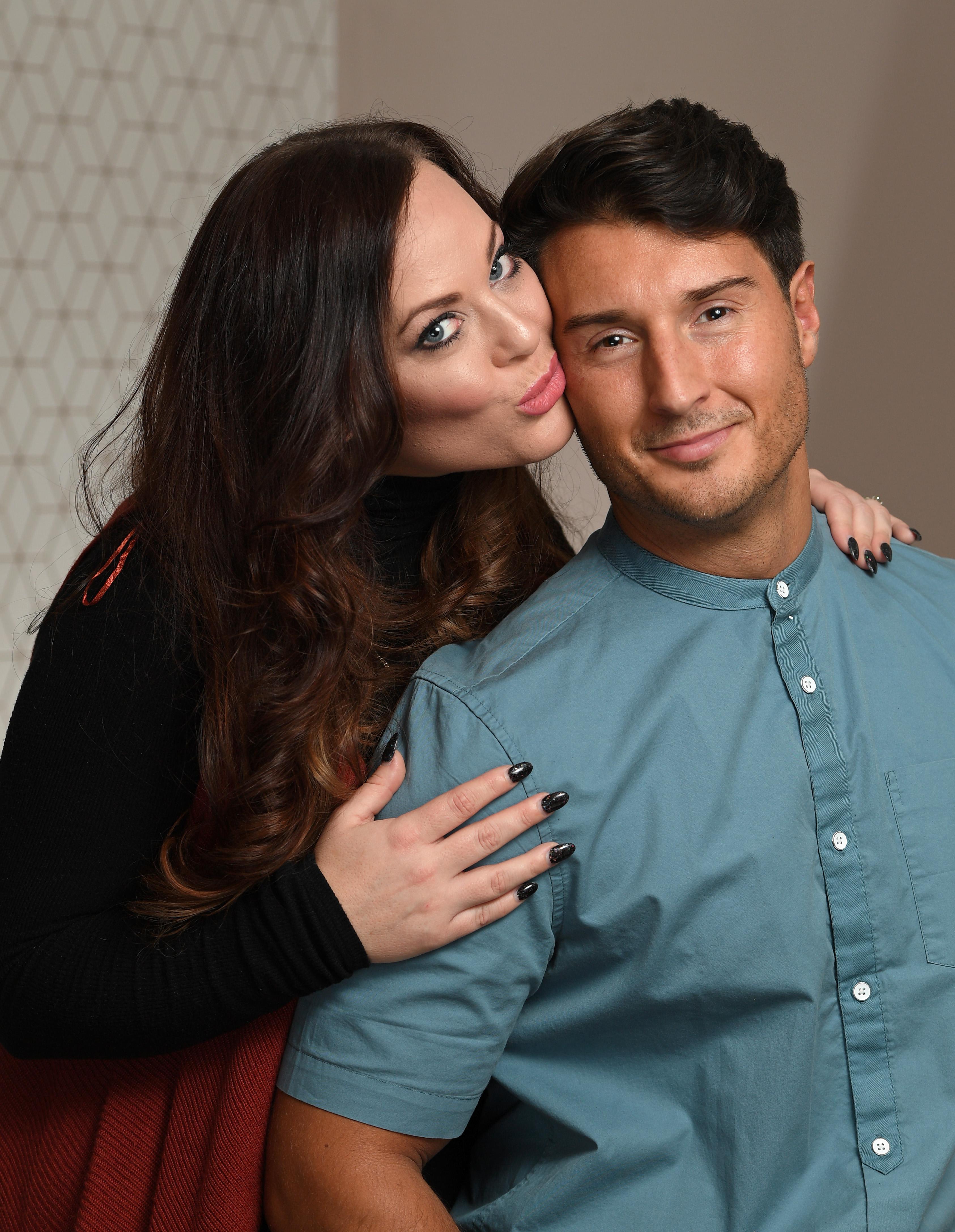 And cupid can indeed fire his arrows on the Isle of Fernando’s, the mystery resort where the matched-up pairs jet off to for their dates.

Wedding singer Gavin Ellis was used to serenading happy couples – but he never thought he’d find his own wife on a TV show.

He married single mum Gemma, from Chorley, Lancs., in July 2015, and the pair have a two-and-a-half year old daughter Evie-Rose.

Gavin, 31, says: “I saw Gemma straight away. She really stood out to me. She had a big smile and beautiful eyes, she was definitely my type. 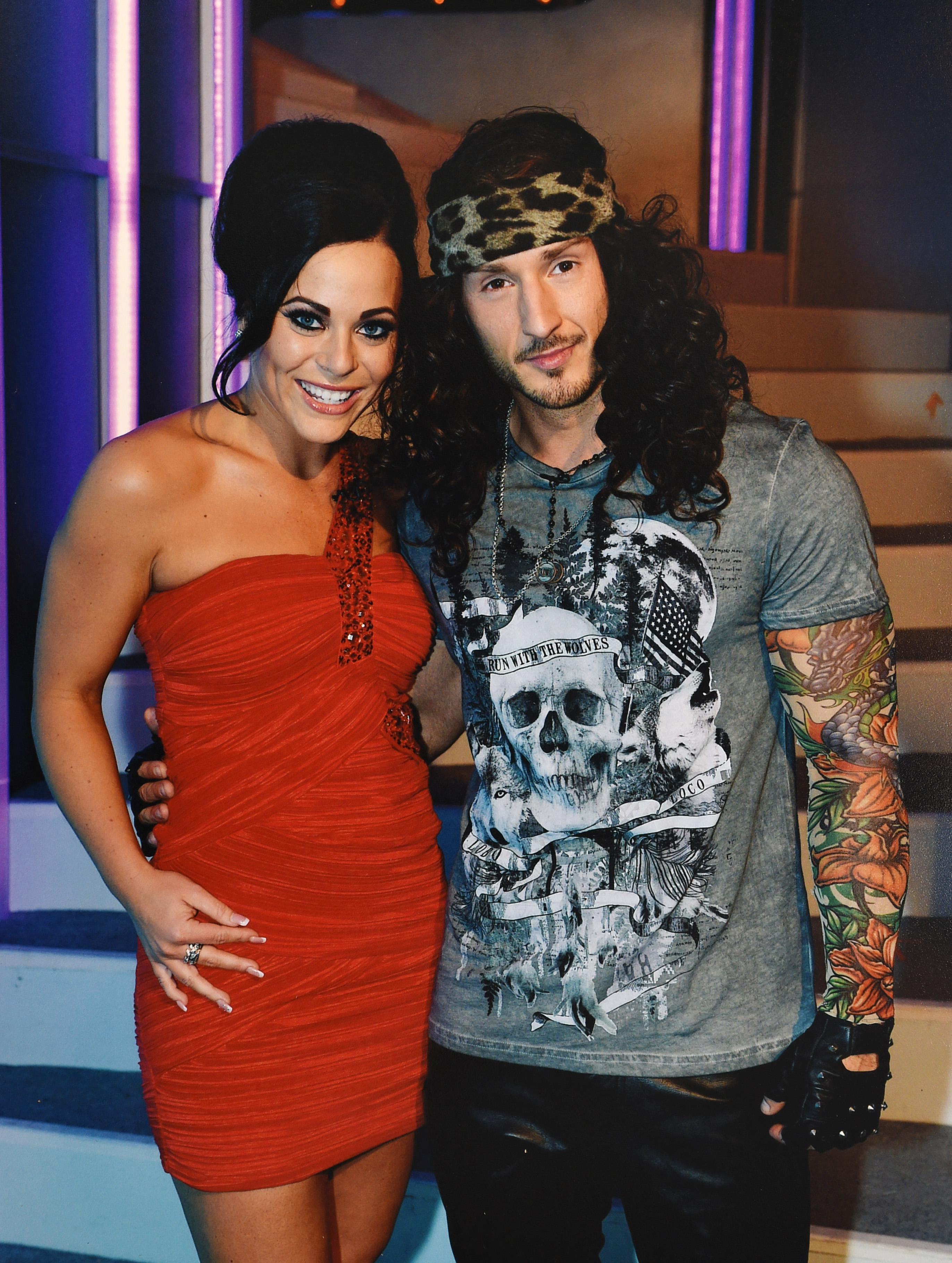 “On the date, I might have had a bit too much to drink.

“At one point, I think I even got out my wig from when I sang on the show dressed as Slash and sang Guns N’ Roses’ Paradise City.

“When we got home, we would text and talk nearly every day. Eighteen months later, in April 2014, I asked Gemma to marry me. 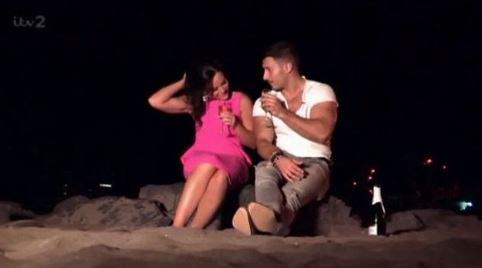 “We’re just very in tune. We get on so well, it’s incredible. We’re so grateful to the show.”

Gemma, 30, says: “I was on a girls night out when I decided to sign up for the show. I’d been single for a few years and thought it would be fun, but I never thought anyone would pick me.

“When Gavin kept my light on, I was shocked. 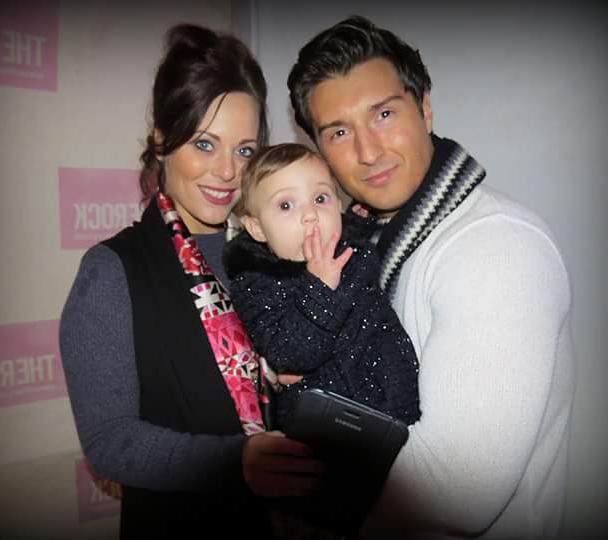 “It wasn’t all plain sailing on Fernandos though. Gavin isn’t a very good driver. He couldn’t drive the rickshaw bike, and he crashed us right into a palm tree!

“But I really liked Gavin, so when he asked me for a coffee when we were on the train home, I instantly agreed.

“I never thought I’d meet my future husband on Take Me Out.

“But I’m so glad I did. Gavin compliments me perfectly, we’re always laughing.” 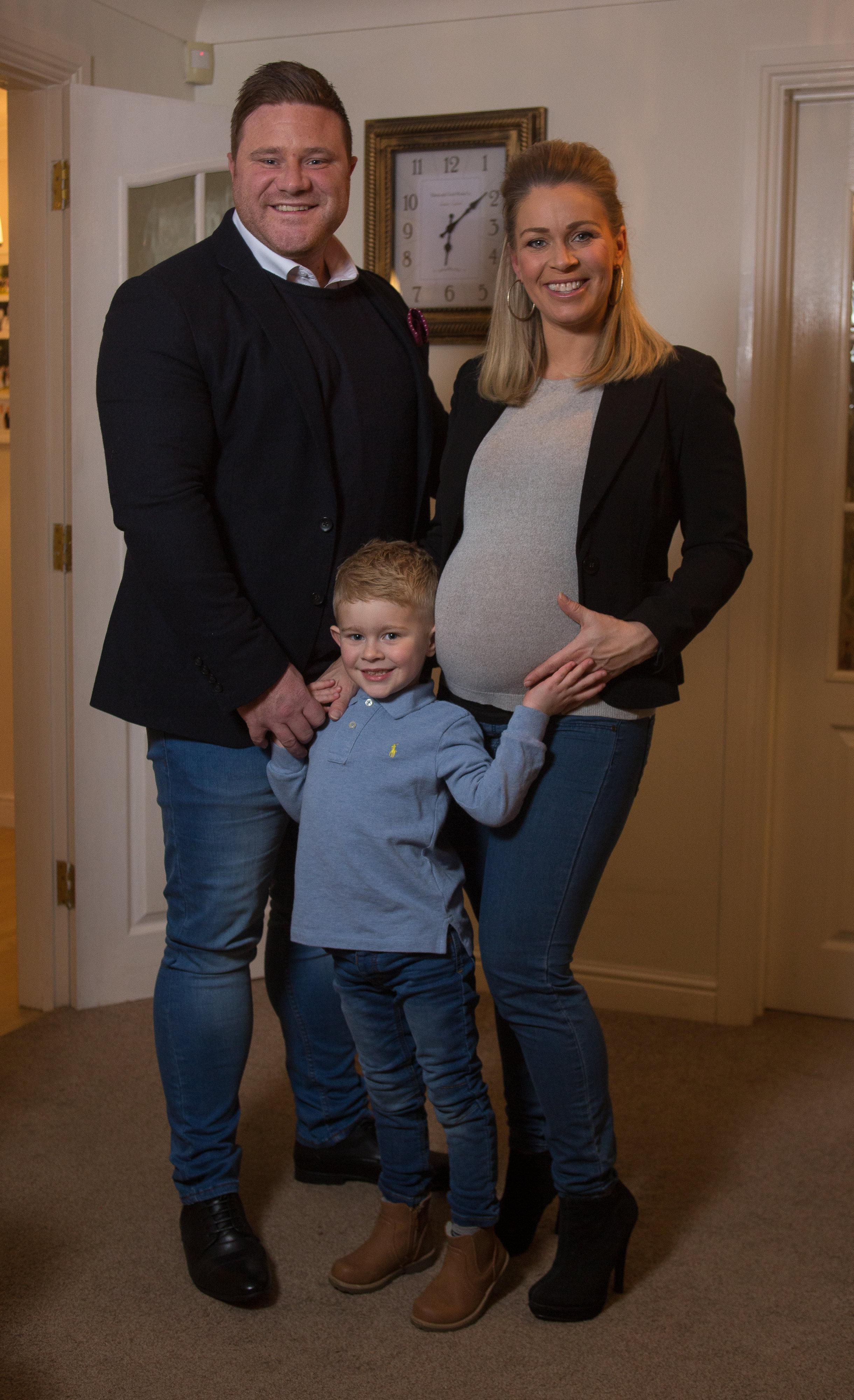 TV presenter and personal trainer Adele Cobain and husband Dave, a divisional manager for Avon, produced Take Me Out’s first baby in 2013. Now the pair are expecting their second, a girl, next month.

Adele, 37, says: “As soon as I saw Dave, I liked him. He seemed like a cheeky Essex boy. It got down to a choice between me and a brunette called Lucy … and he chose Lucy!

Of course I said ‘Well done’ to her, but inside I was thinking, ‘Damn it! 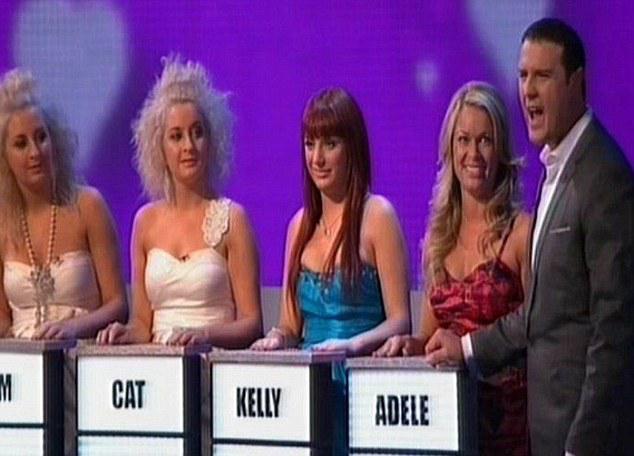 “I’d been single for about seven years. Having had my heart broken and I’d been cautious about getting into relationships. Any dates I did go on were with weird or needy men!

“I ended up getting picked by Michael and we all went to the Isle of Fernando’s together. After the date, the couples can all mingle. We went to a karaoke bar and Dave sang a song to Lucy, and I was sitting there thinking: “Oh what? He can sing and he’s romantic as well.” 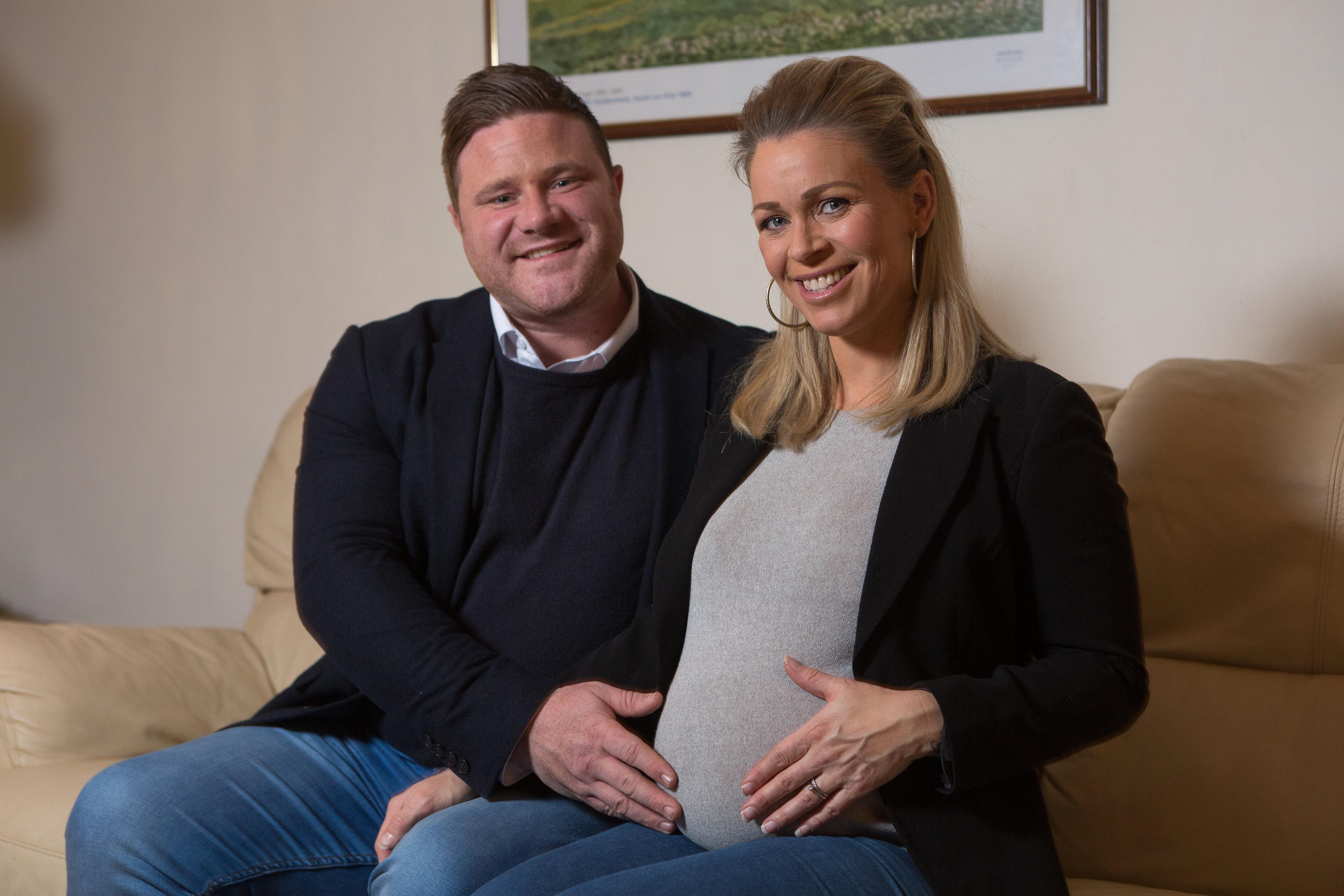 Back home, we both realised our dates weren’t the right ones for us. But as a group, we met up for reunions and birthdays, and Dave and I would always chat and I realised I really liked him.

We met up as friends for a while, but there were many times we’d arrange to meet up and he’d blow me out. The fourth time it happened my friends were saying he obviously doesn’t like you that way. 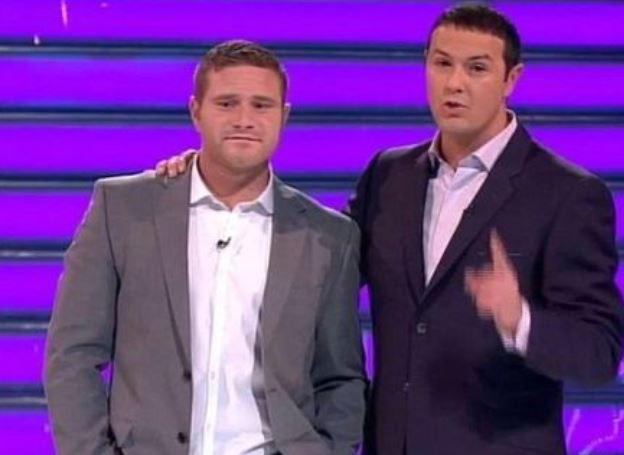 "In the end, I told him I liked him and wanted to go out on a date and he said he never realised I thought about him in that way!

Once we put our cards on the table, it all fell into place. We had Freddie in 2013 and got married the following year, in Monmouthshire, where I’m from. When I went on the show, I thought it would be nice to go on a date with someone. 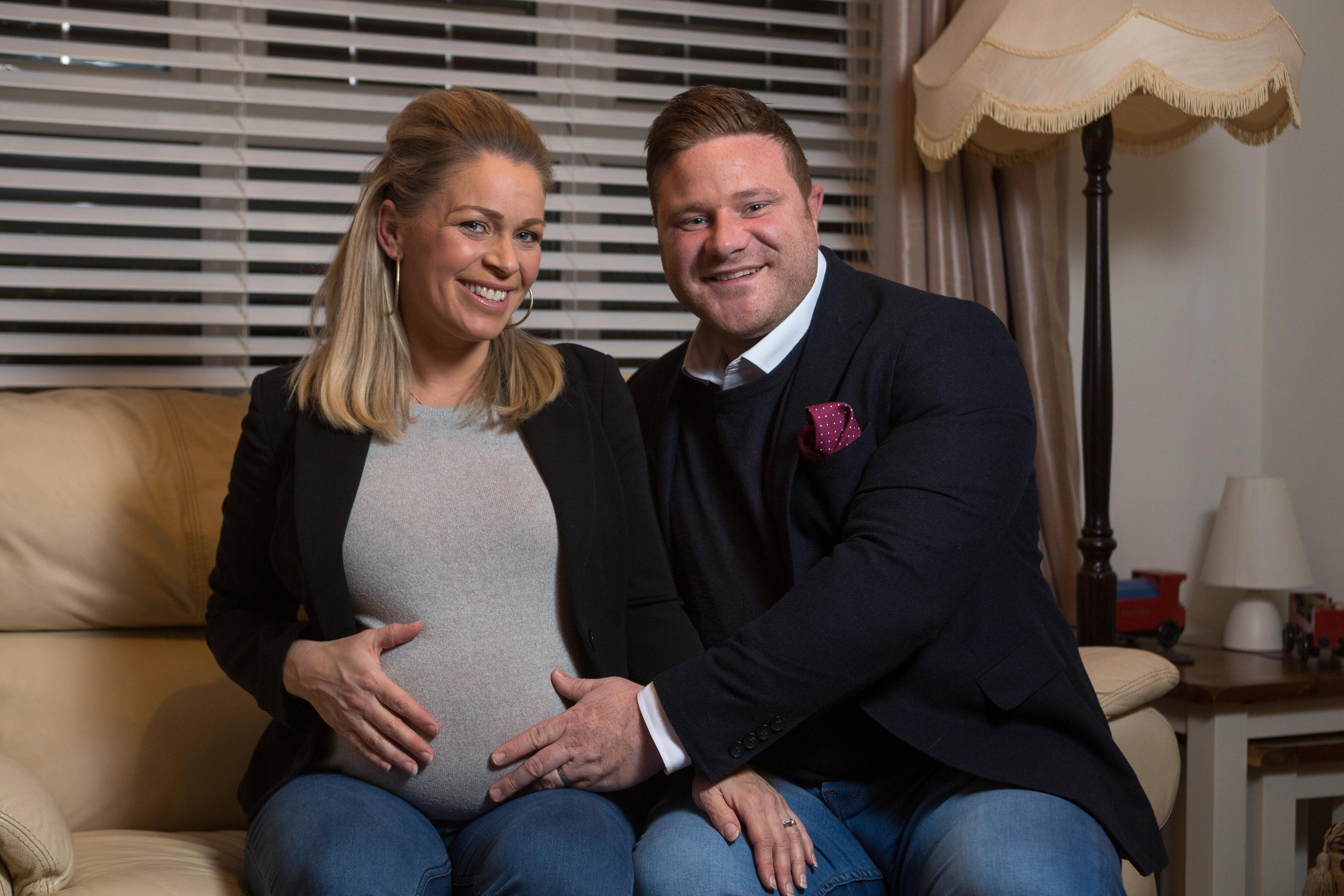 "I could never have imagined where we are now and it’s really amazing.”

Dave, 34, says: “It pains me to say this, but the reason I went on the show was because it had been one of my ambitions in life to go on TV!

“I did consult my friends first because there’s a chance you could get a blackout and then you’d look a right plonker. But I’d been single for about two years and my mates just said, ‘You’ve got nothing to lose.’

“I went for Lucy because she was the first girl I noticed when I came down the lift, but obviously it didn’t work out.

“I’m bad picking up on signals and I didn’t think I had any chance with Adele. I’m definitely punching above my weight.

“There was one night out at Sugar Hut, in Essex, that I managed to get my car locked in a car park and asked if I could stay at her hotel. The first thing she said to me was: “Don’t you dare touch me!”

“So you can see why I was getting mixed signals!

“What I love about Adele is that she’s very driven, determined and challenging. She isn’t a ‘yes girl,’ she likes a bit of banter and putting me in my place.

“It’s crazy to think you can meet someone on a game show and get married, have two kids, a dog and a mortgage. Isn’t that weird?!” 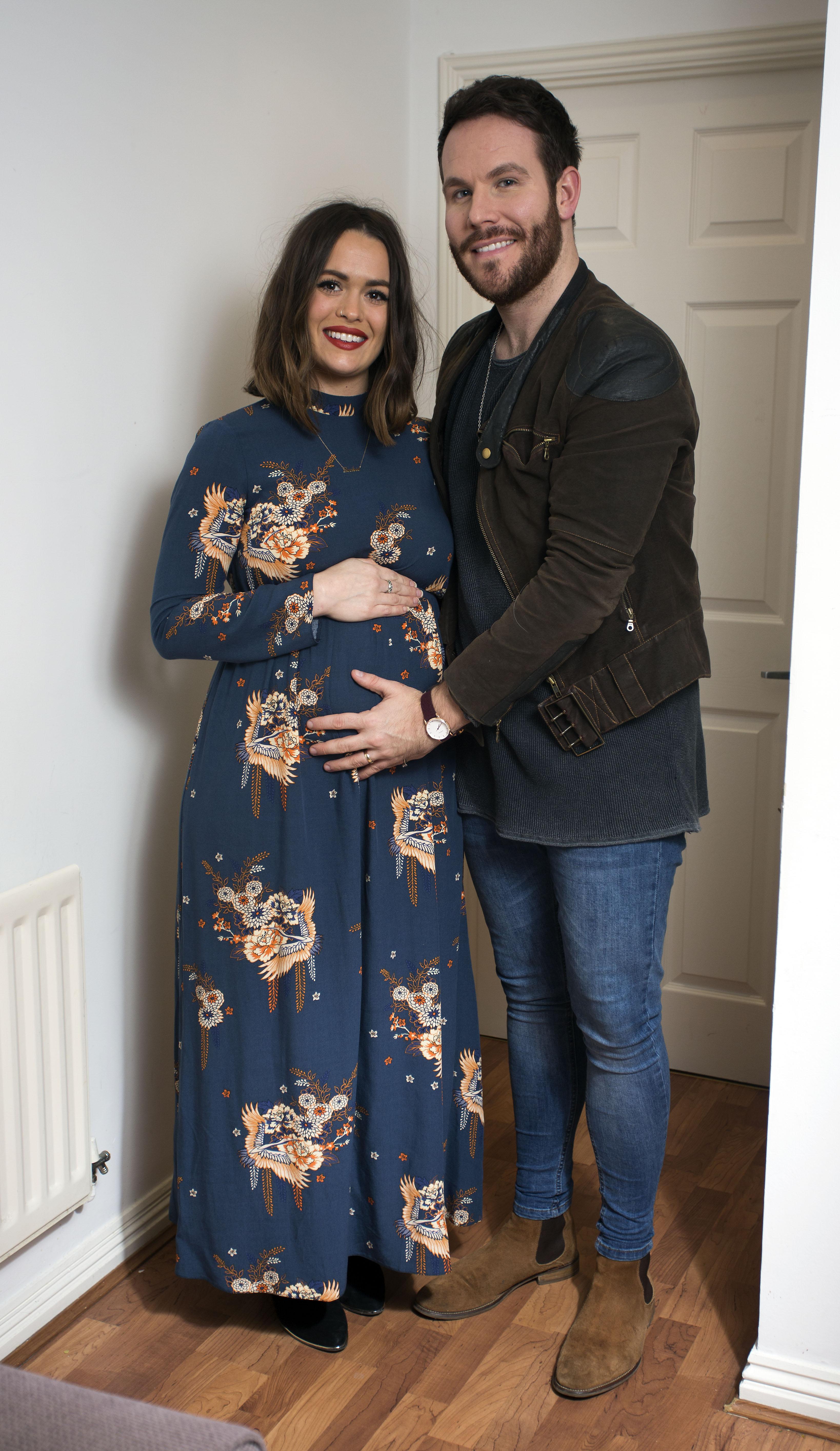 Adam Ryan, a business consultant, was left kicking himself after choosing the wrong woman on Take Me Out.

Realising his mistake, he got in touch with hairdresser Beckie soon afterwards and now they’re married with their first child due in May.

One-time TOWIE star Adam, 33, says: “I really fancied Beckie. She had pink hair and was a bit of a rock chick, but I made a quick decision in the heat of the moment on the show … and went for another girl.

Take Me Out facts

“Obviously I should have gone for Beckie in the first place.

“Laura and I just didn’t click in Fernando’s, so we decided to stay friends. But when I got back, I couldn’t stop thinking about Beckie. 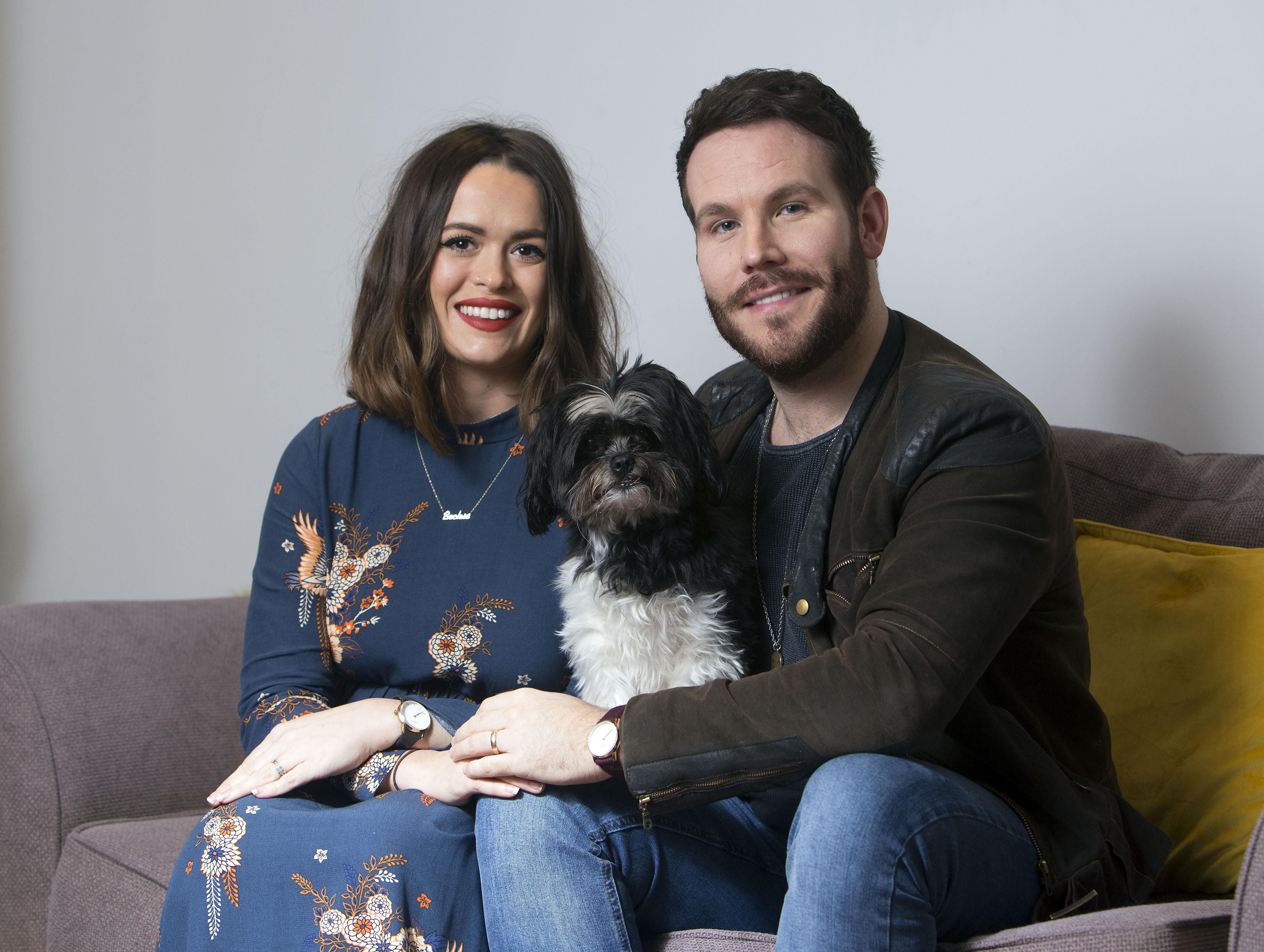 “Everyone on the show keeps in touch, so I added Beckie on Facebook and sent her message. I really wanted to get to know her more.

“We watched The Play That Goes Wrong in London’s West End for our first date – and I took her back there six months later to ask her to marry me. 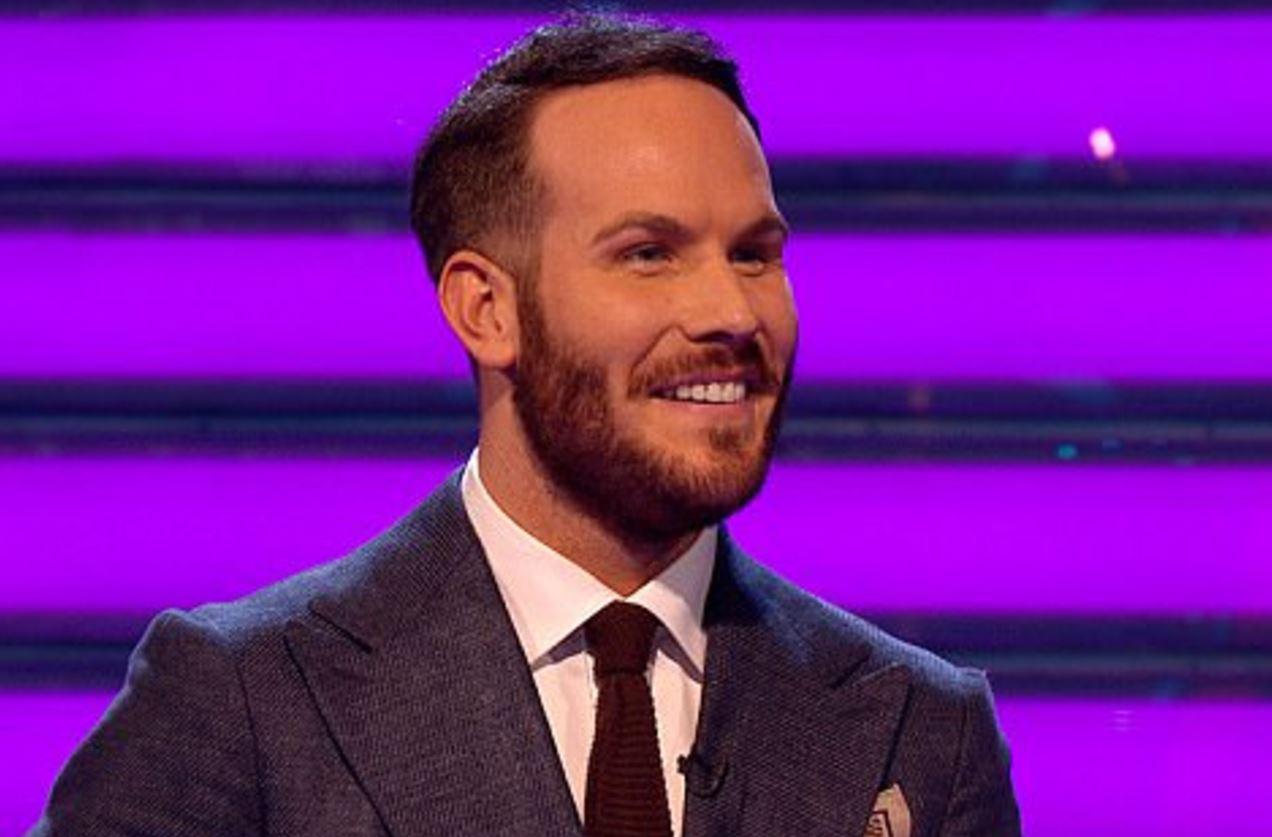 “I proposed on stage in front of hundreds of people but I was just so focused on Beckie, it felt like we were the only people in the room.

“It’s so incredible that we met. Sometimes I can’t believe we only met two years ago, it’s whizzed by. I’m so grateful to Take Me Out.” 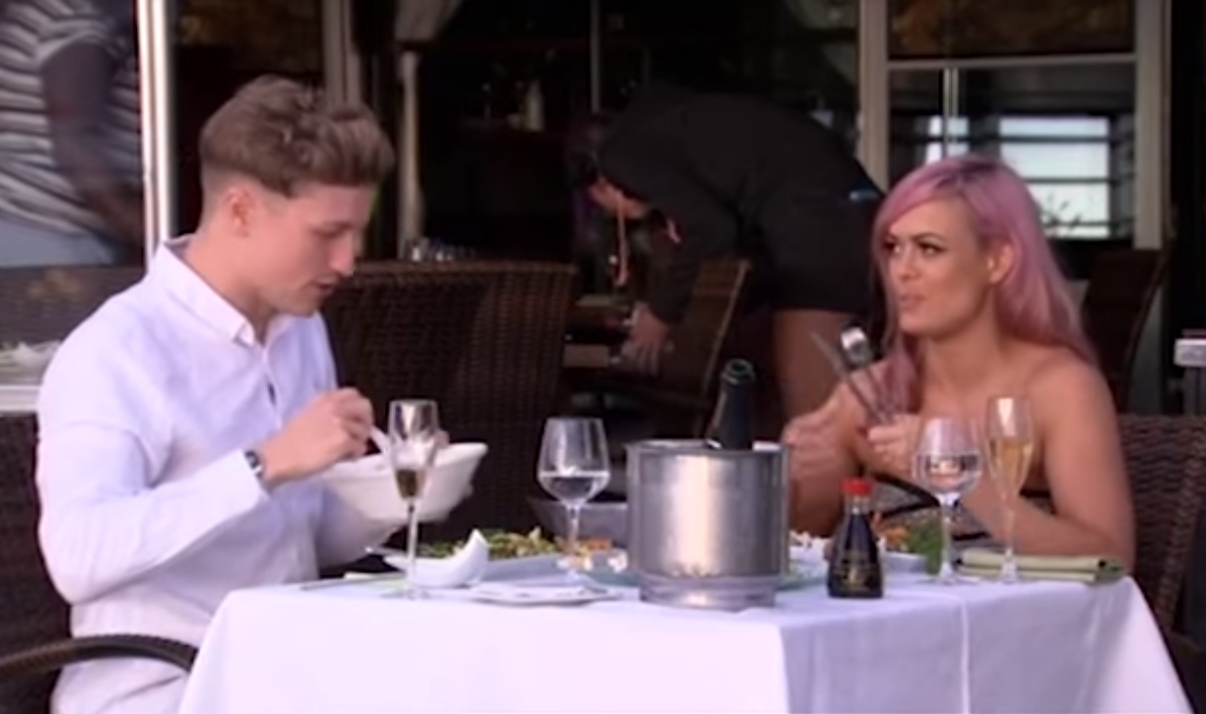 “I’d been single for two years when I went on the show in December 2015.

I thought it’d be a crazy experience where I could meet some great girls and have some fun.

“Adam turned my light off and went on a date with another girl, called Laura.

“I wasn’t upset at all, it’s all just a bit of fun, and actually I got picked soon afterwards anyway.

“Adam messaged me on Facebook while I was still on Fernandos – so obviously I told all the other girls straight away!

“We went on our first date a week after I got home in January 2016 and six months later, he proposed. 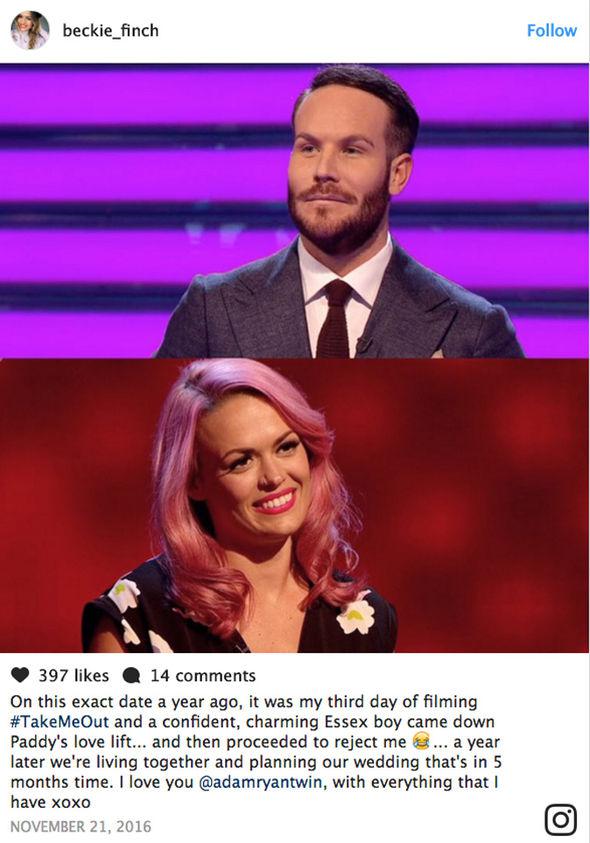 “We’d spoken about marriage from the third date but I still didn’t see the proposal coming, it was amazing.

“As soon as I met Adam I knew what we had was special. I never had to play it coy, we are so honest with each other.”

If you've ever wondered where the Island of Fernandos is, we've got all the info.

This Take Me Out lad was left in floods of tears after being rejected by TWO girls on the Isle.

And this sexy Take Me Out lad was revealed as being a secret STRIPPER.