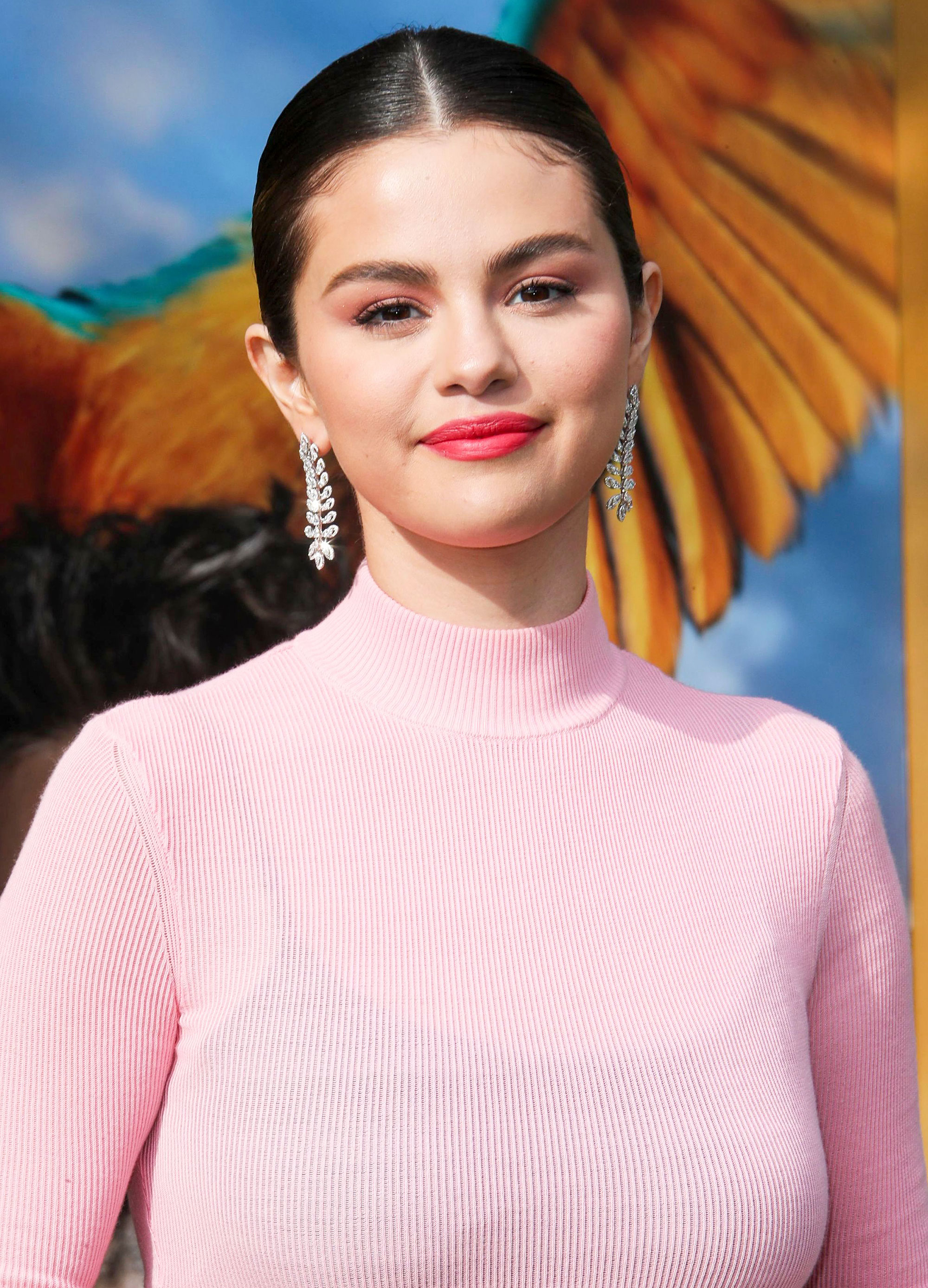 Selena Gomez is rocking a totally new hairstyle that was inspired by two iconic ladies.

On a recent episode of The Kelly Clarkson Show, the 27-year-old appeared with a fresh cut that was a flippy full style with lots of layers and long curtain bangs. The hair pro behind the look, Marissa Marino, posted a clip of the former Disney Channel star to her Instagram on Monday, March 9, explaining the inspo behind the head-turning snip was Jennifer Aniston’s “The Rachel” mixed with Goldie Hawn’s feathery ‘do from First Wives Club. And that’s one epic combo we couldn’t be more obsessed with.

The “Lose You to Love Me” singer has spoken about her love of Friends and Jennifer Aniston’s character before. Back in January when appearing on The Ellen Degeneres Show, Gomez gushed over the guest host, Aniston, exclaiming, “Rachel was my life!”

This haircut has to be one of the most cited looks in pop culture history. However, the woman who wore it wasn’t always as a fan. During a radio interview on The Kyle and Jackie O Show in 2013, she said she would rather shave her head once than get “The Rachel” cut again.

“I’d curse [hairstylist] Chris [McMillan] every time I had to blowdry,” she told the Marie Claire that same year. “It took three brushes — it was like doing surgery!”

Then when presenting the InStyle Hairstylist of the Year Award in 2018, she reiterated her personal struggle with the cut. “You leave [an appointment with Chris] and you feel beautiful, you feel sexy you feel alive, and then you feel screwed because no one actually has the ability to actually do what Chris did to this haircut,” she said during the speech, referencing the Friends style. “When I got that haircut that was like, ‘wow, this is amazing!’ And then I was totally left with this like frizzy mop on my head ‘cause I had no idea how to do what he did.”

Listen on Spotify to Get Tressed With Us to get the details of every hair love affair in Hollywood, from the hits and misses on the red carpet to your favorite celebrities’ street style ‘dos (and don’ts!)