THESE pics show the eerie remains of an abandoned Glasgow school.

Urban explorer Kyle Urbex, from Leeds, captured the creepy pics at the gym and swimming pool area of the old Bellahouston Academy on North Gower Street. 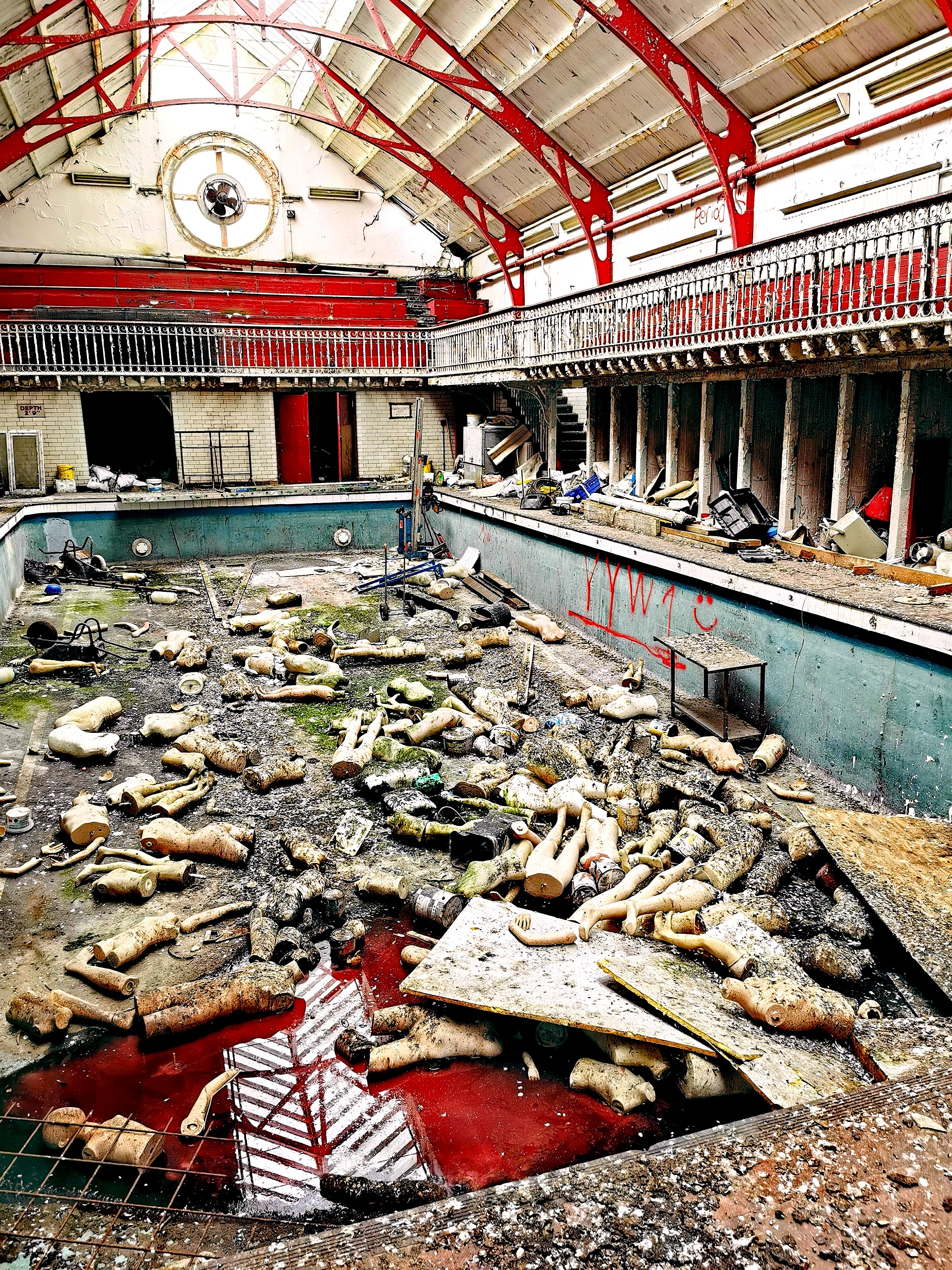 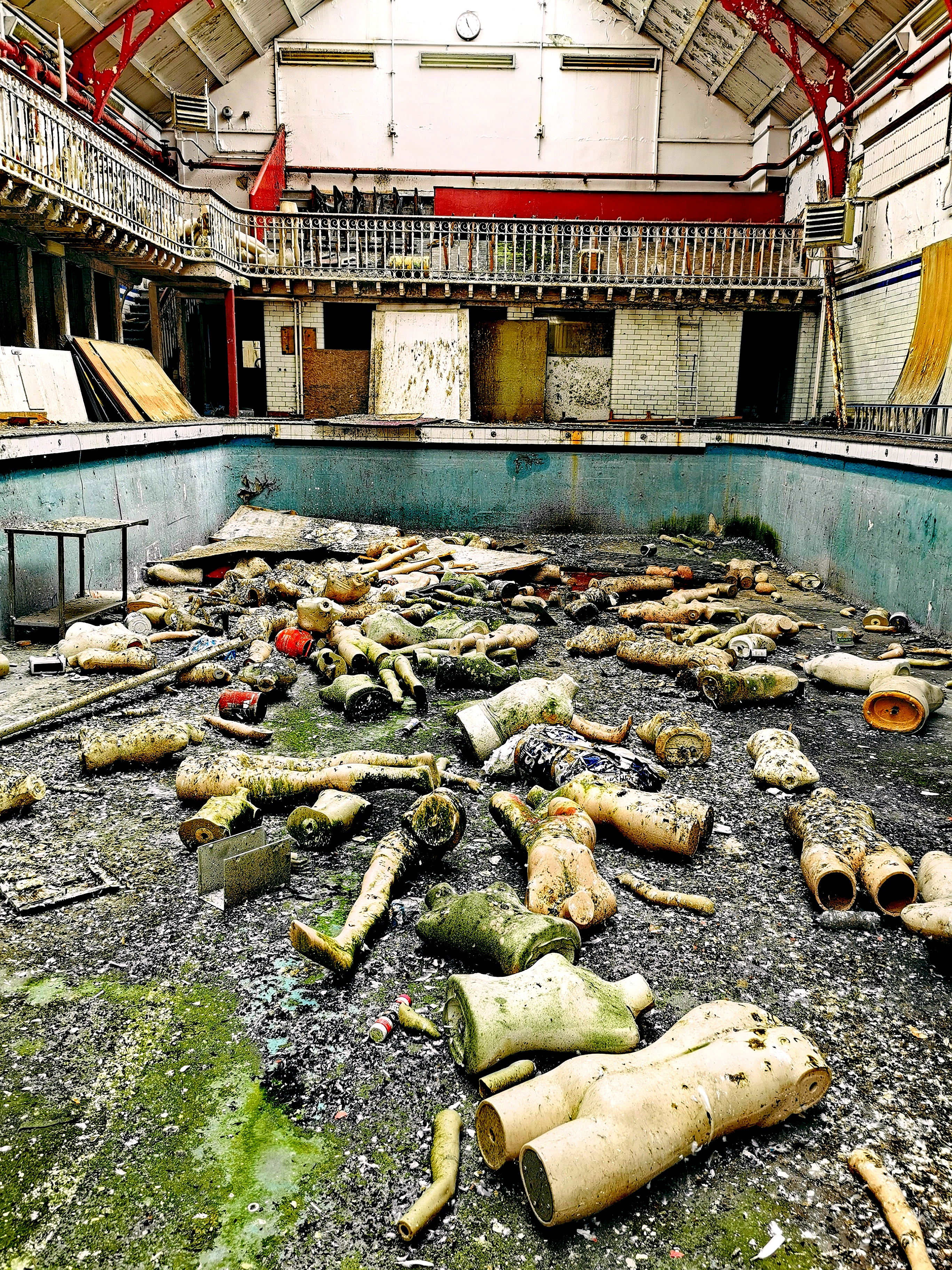 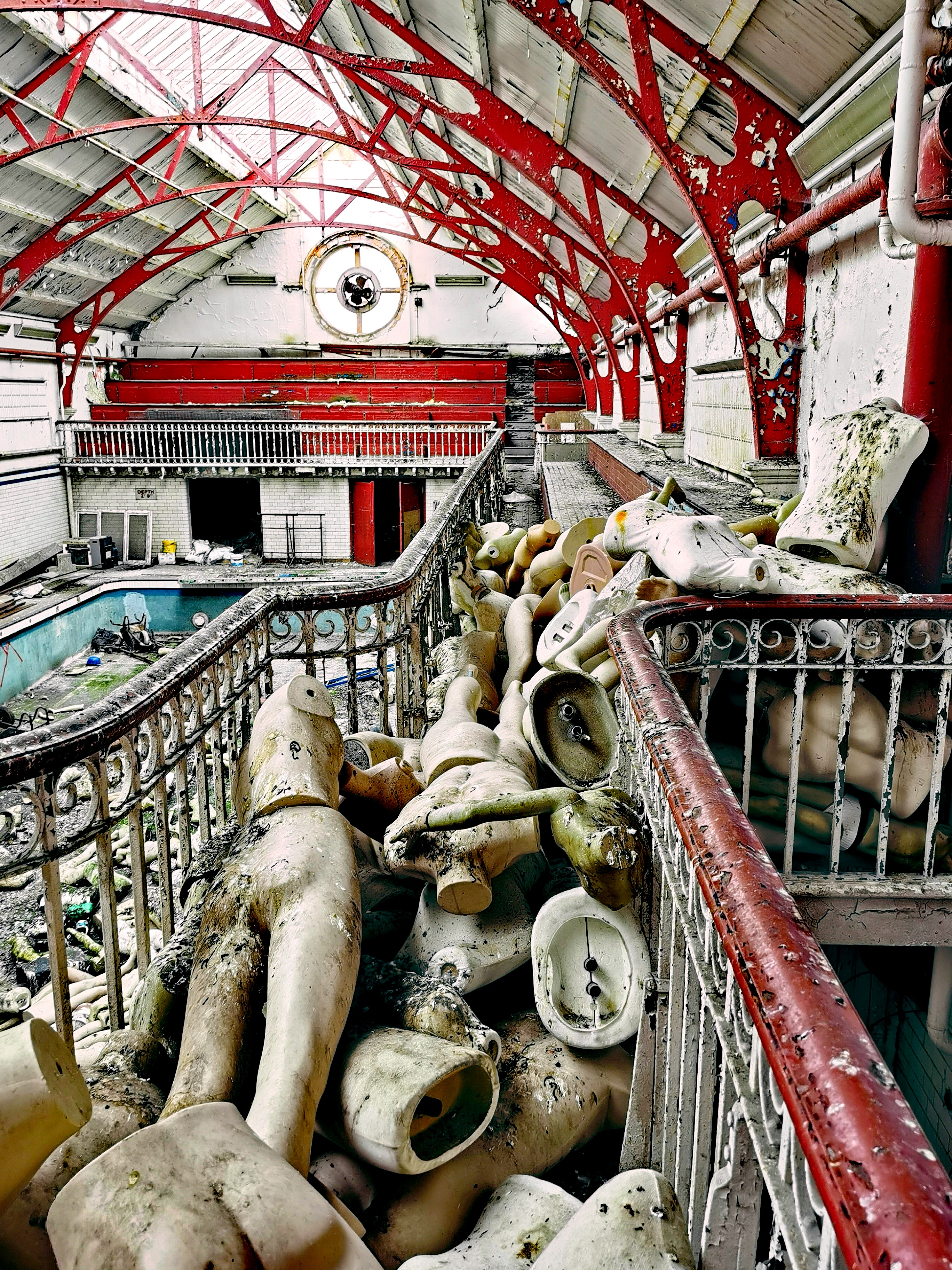 Dozens of decapitated mannequins are seen scattered around the grimy old, disused pool, which creeped Kyle out.

He also managed to make his way into a classroom which was "rotted away."

The 25-year-old told the Daily Record: "When I got in the building, the first part was like the gym part and the social club where I found a snooker table that was fairly intact.

"And then as I navigated my way round, I went through this little classroom part which was rotted away and the floor was uneven so I managed to get my way across.

"All of a sudden, I went into this big massive swimming pool and I wasn't expecting to see all the weird body parts to be scattered across the floor and all in the pool, like hands, feet and arms and heads scattered about and rotted away.

"It's not the first time I've seen like mannequins on any of my explores before but to see that amount of mannequins and body parts it was just like 'whoa how can they have left them behind and why are they scattered about the pool.'

"I'm guessing at some point they were used for CPR dummies or to model swim trunks.

"Funnily enough, in one of my photos there is a pool of red water so it looks like blood on the bottom of the pool has come from all the body parts." 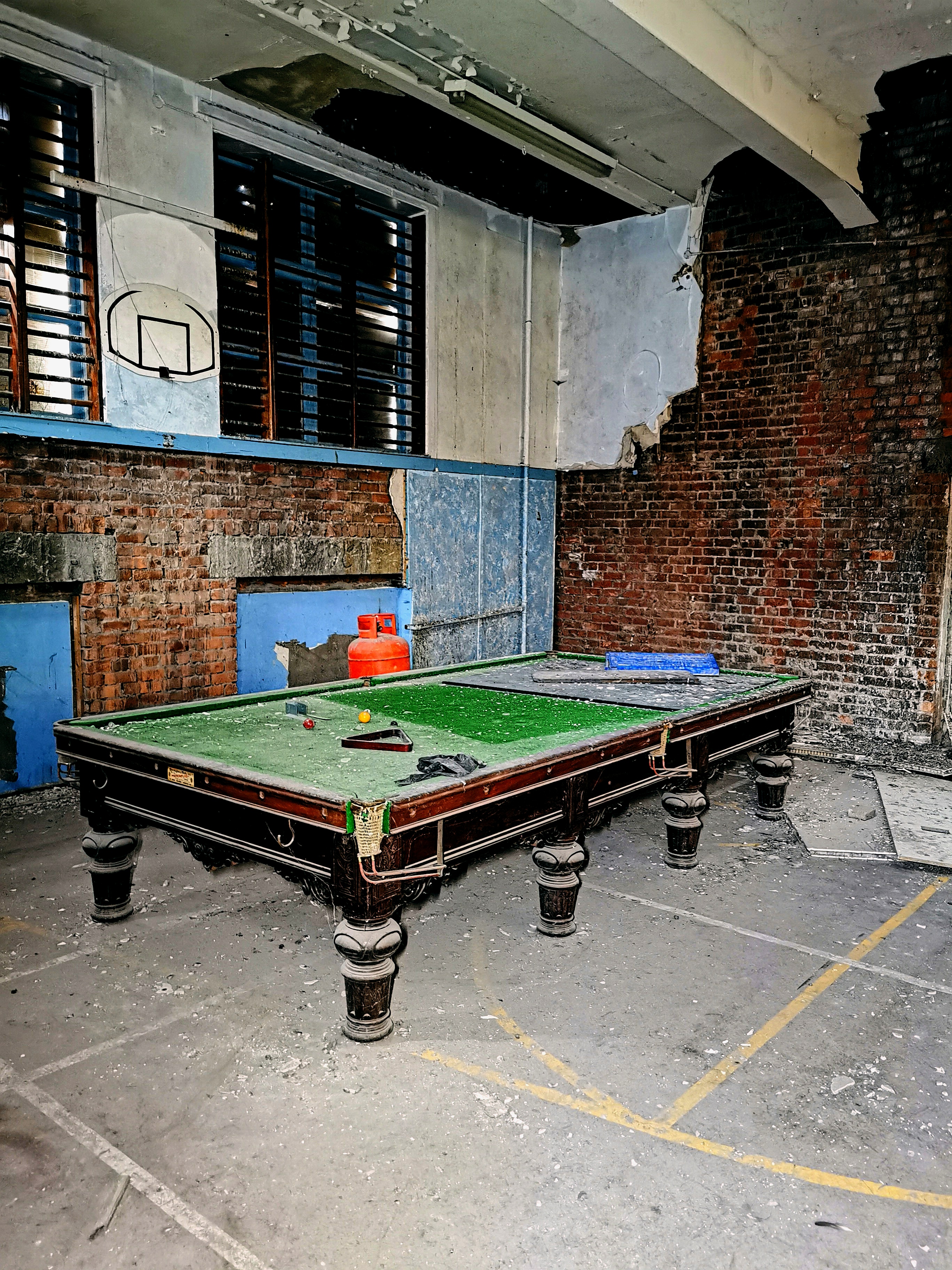 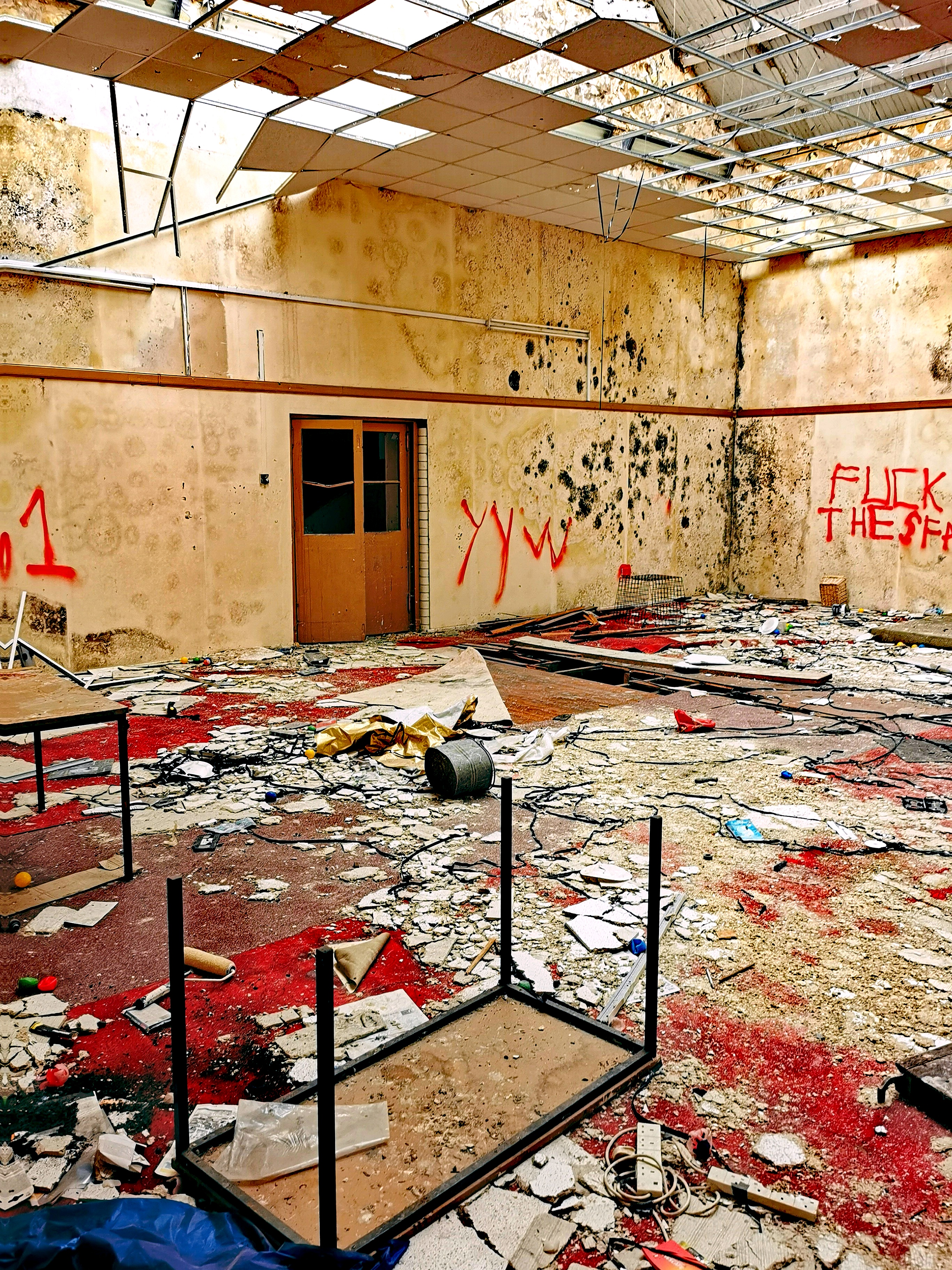 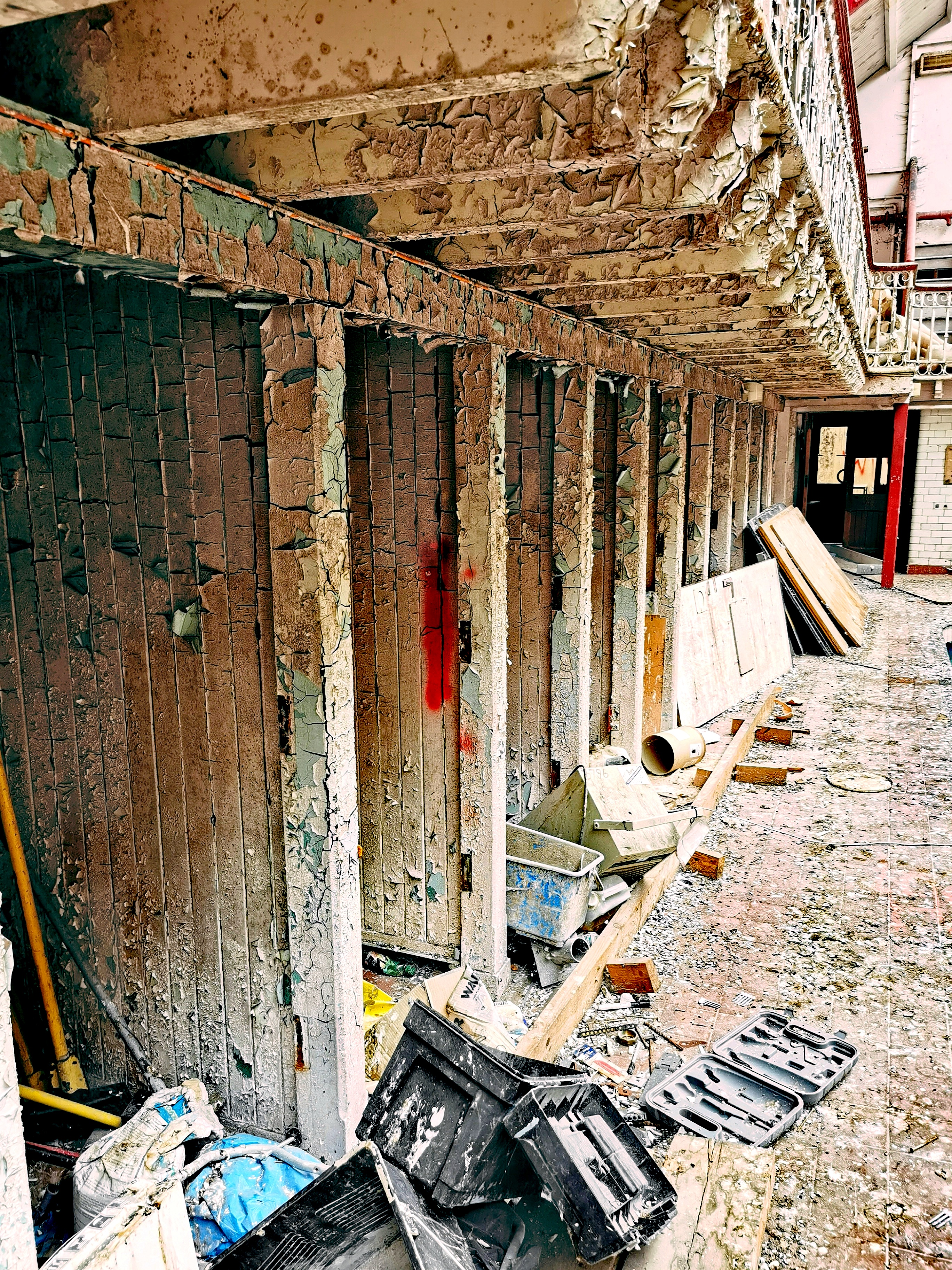 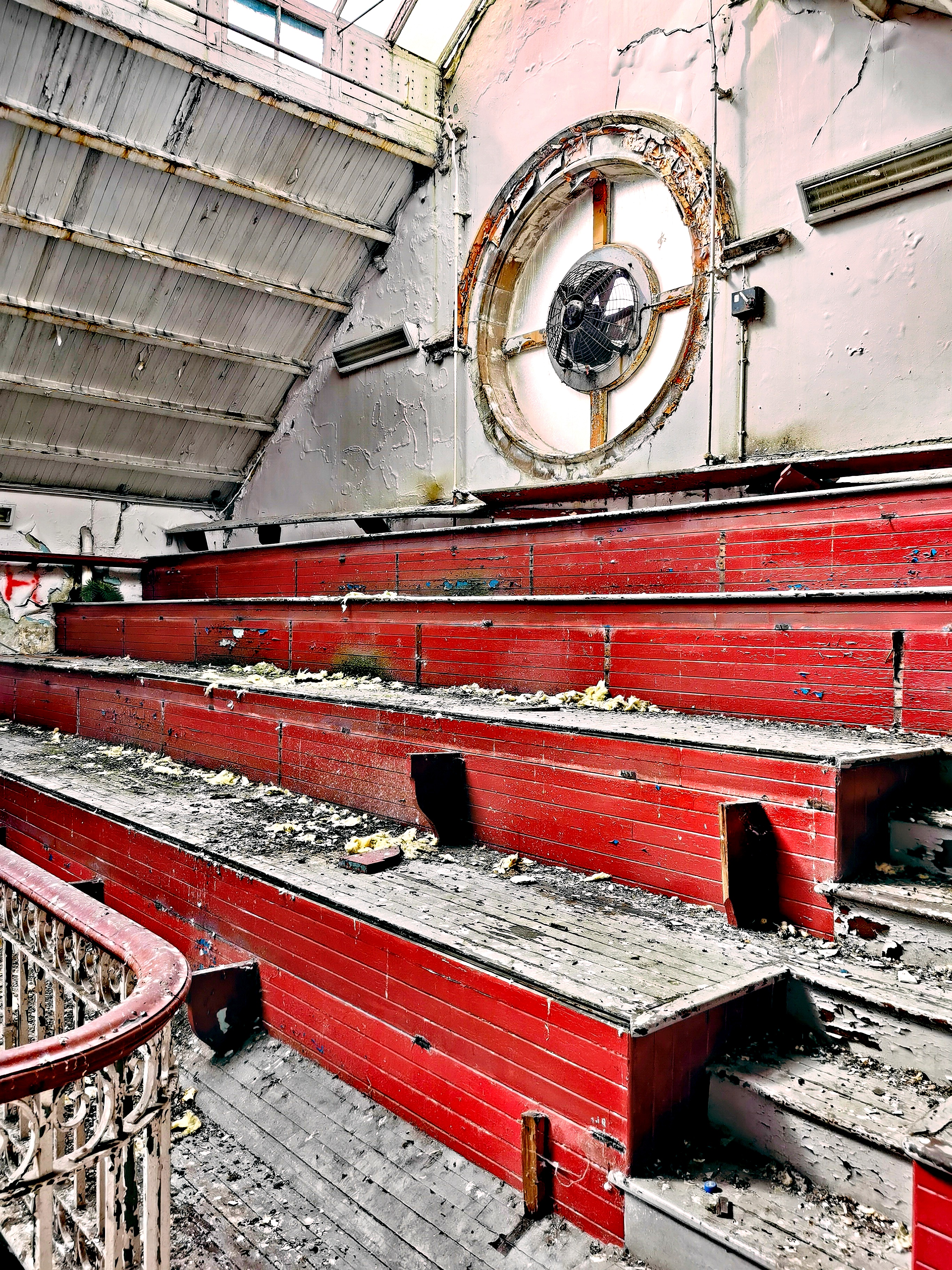 The former Bellahouston Academy facility has lain empty for years.

The B-listed building is set to be demolished to make way for new flats which will be built on the site.

The swimming pool was constructed in 1875 at the same time as the original school building.

Earlier this year, we showed you the eerie disused high school on a Scots island which has been abandoned for 14 years.

Rothesay Academy on the Isle of Bute used to be bustling with pupils and staff but has remained deserted since 2007 when the school moved to a new campus.

The former secondary school nowadays resembles something from a post-apocalyptic film and is damp-ridden, with pigeons occupying the once busy classrooms and stairwells.

An urban explorer caught footage of the school's B-listed lower building which was built in 1959, after a fire destroyed the previous structure, and overlooks Rothesay bay. 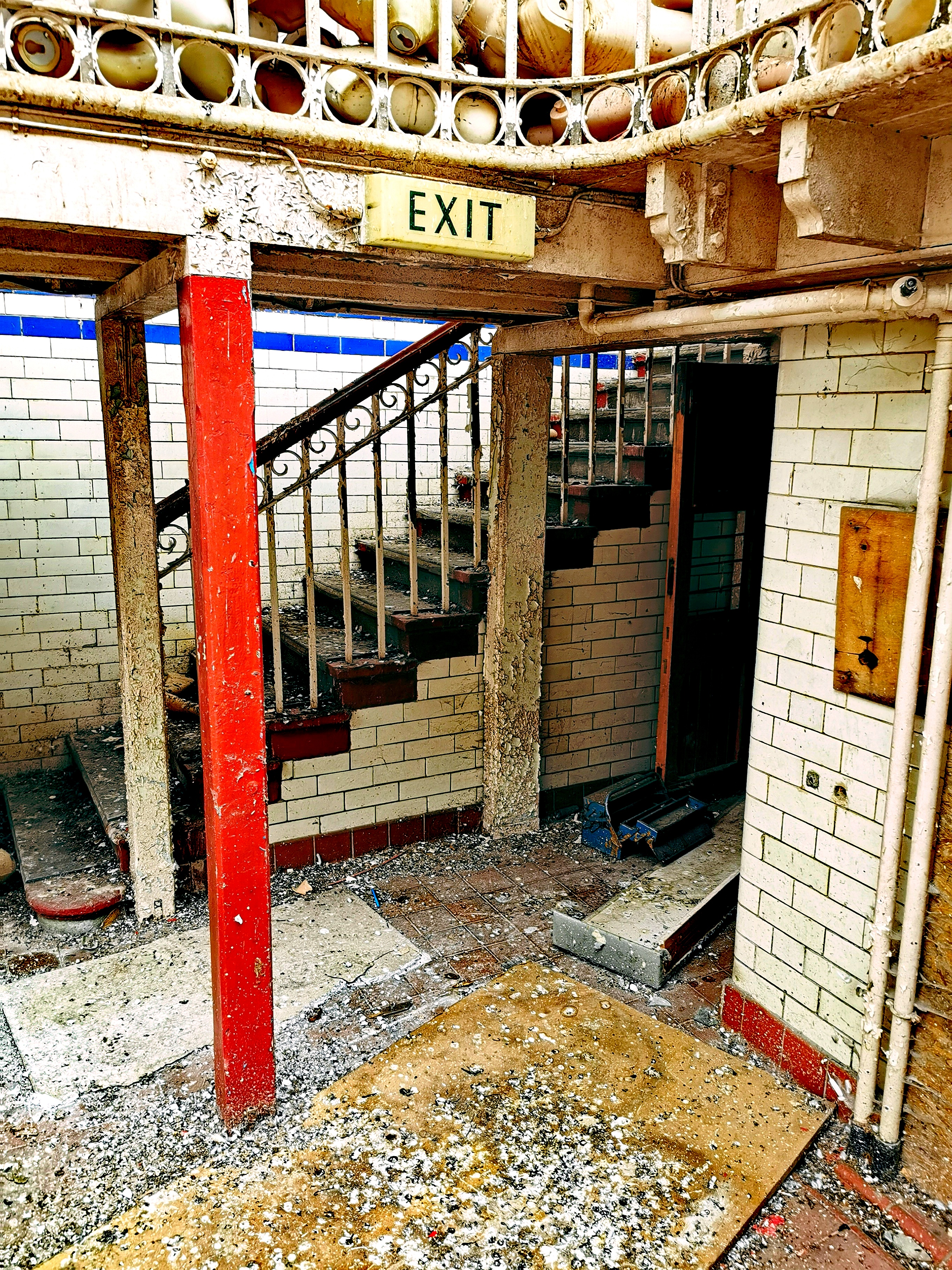 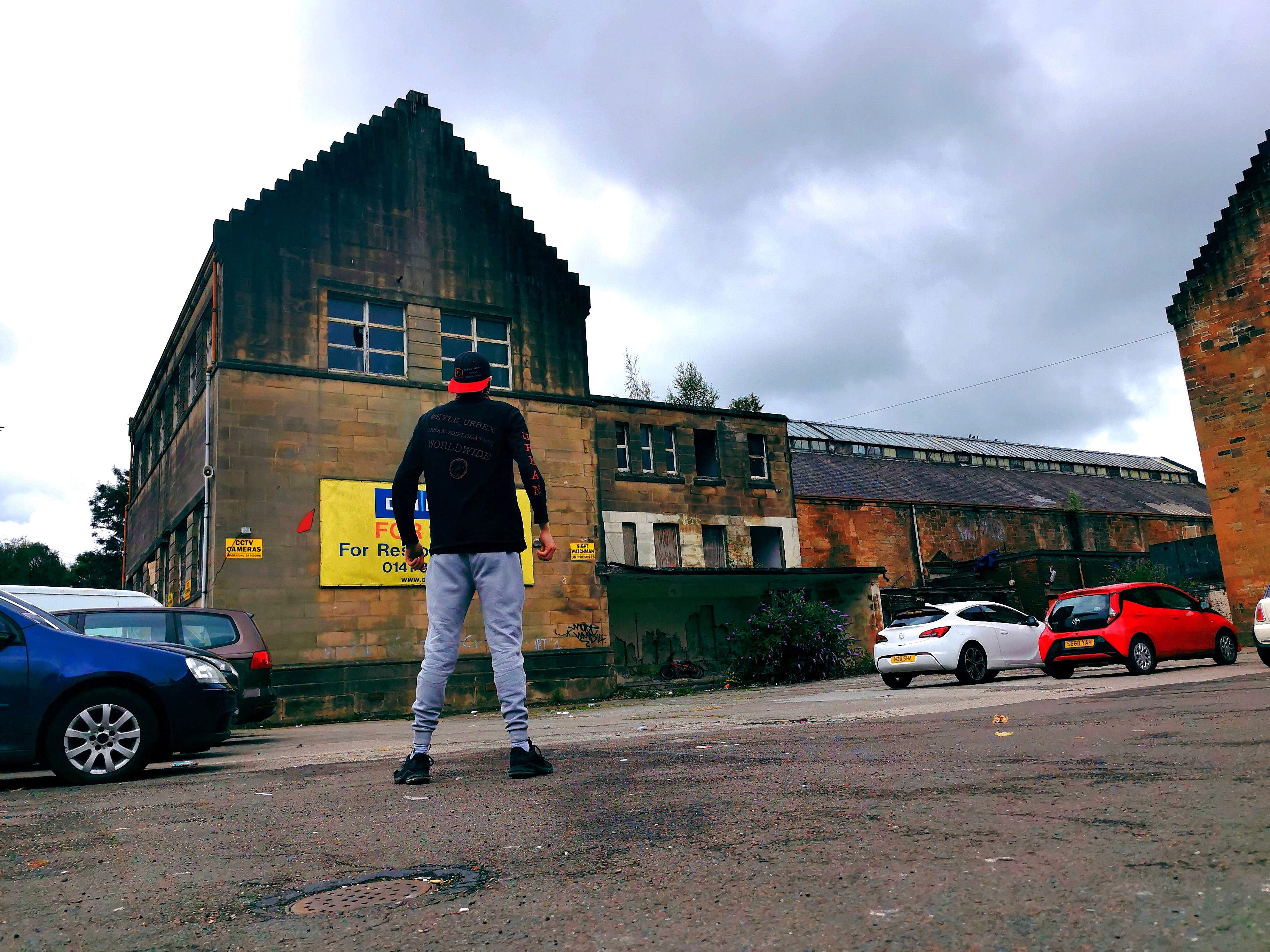 Tags: abandoned, eerie, Gla, Inside, See
You may also like
Celebrities News