A SCHOOLGIRL has revealed she has an allergy to WATER that is so severe even having a shower could kill her.

Danielle McCraven, 12, breaks out in painful hives whenever she sweats or cries – and her allergy is so severe that having a hot shower or a soak in the bath could prove fatal. 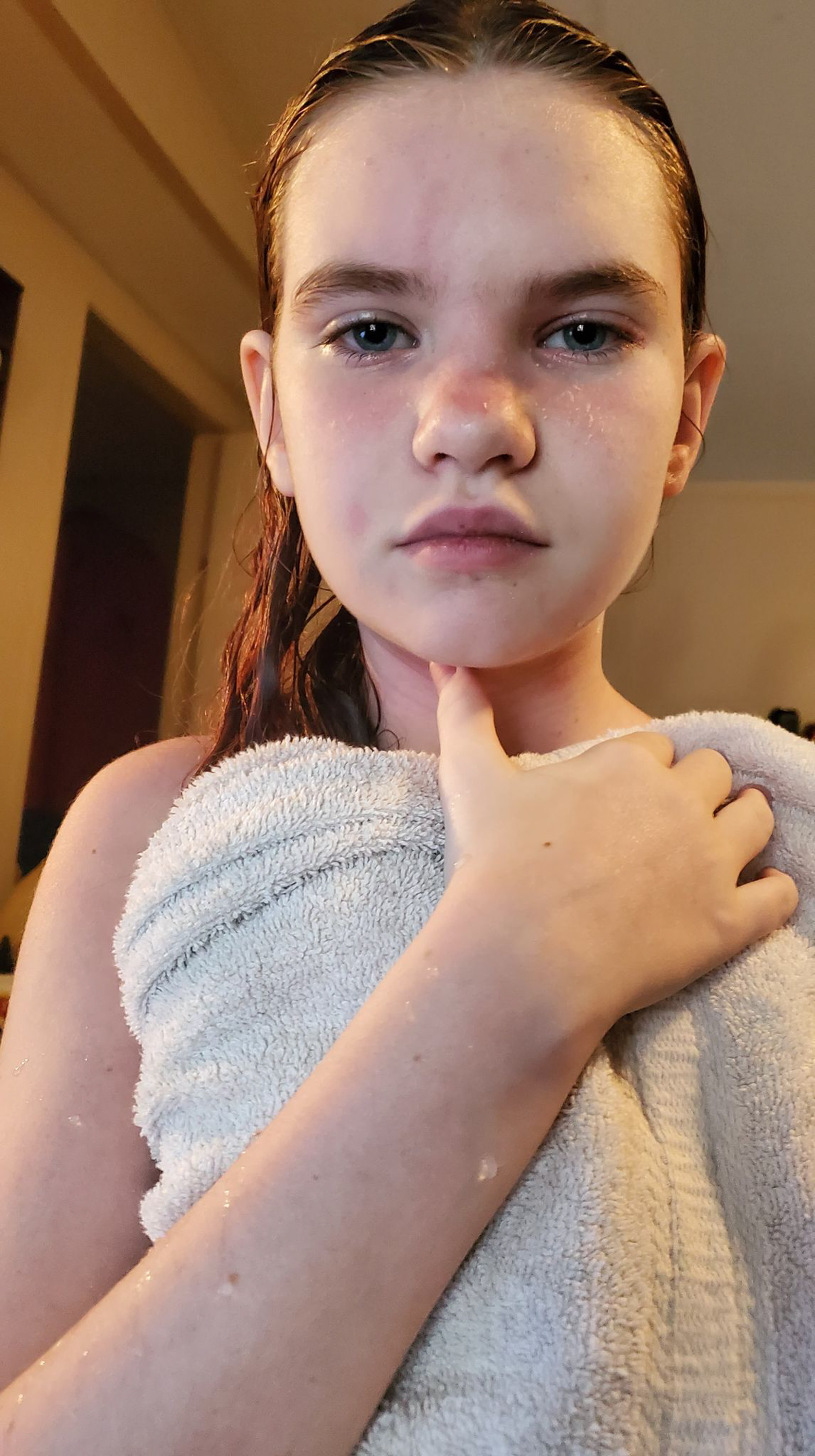 Danielle was diagnosed with aquagenic urticaria, a condition which is thought to affect under 100 people worldwide, less than a year ago – before which she'd been a keen swimmer.

She began to develop an itchy and painful rash whenever she came into contact with water – and now has to carry an EpiPen in case she goes into anaphylactic shock.

Her allergy means she had to give up her favourite hobby, swimming, and is forced to stay indoors in the summer in case she sweats and sparks a flare up.

Danielle's mum, Sari, 39, from Haughton, Louisiana, said: "It's painful and really hard for her, I don't know what's going through her head because it's miserable for her. 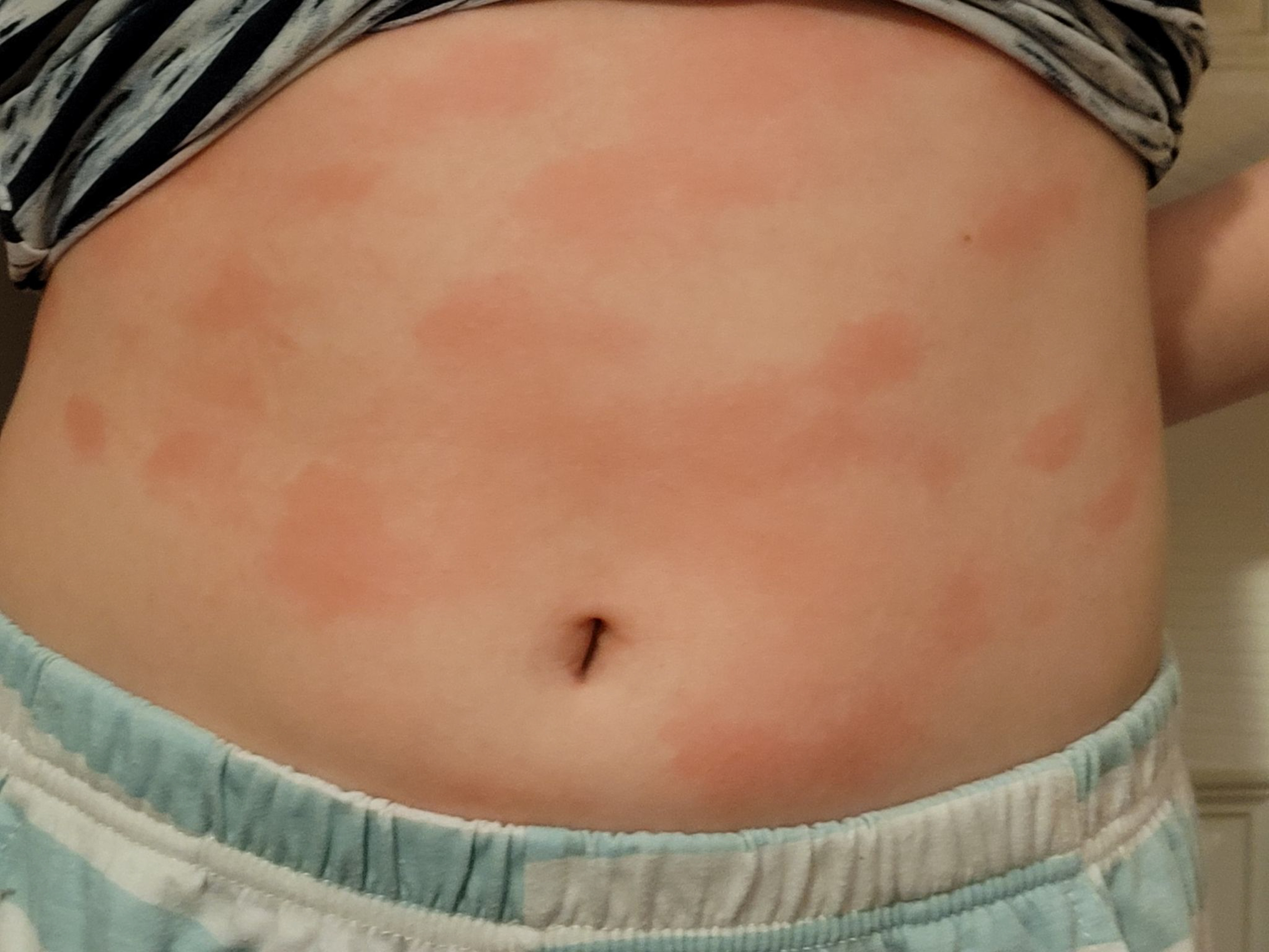 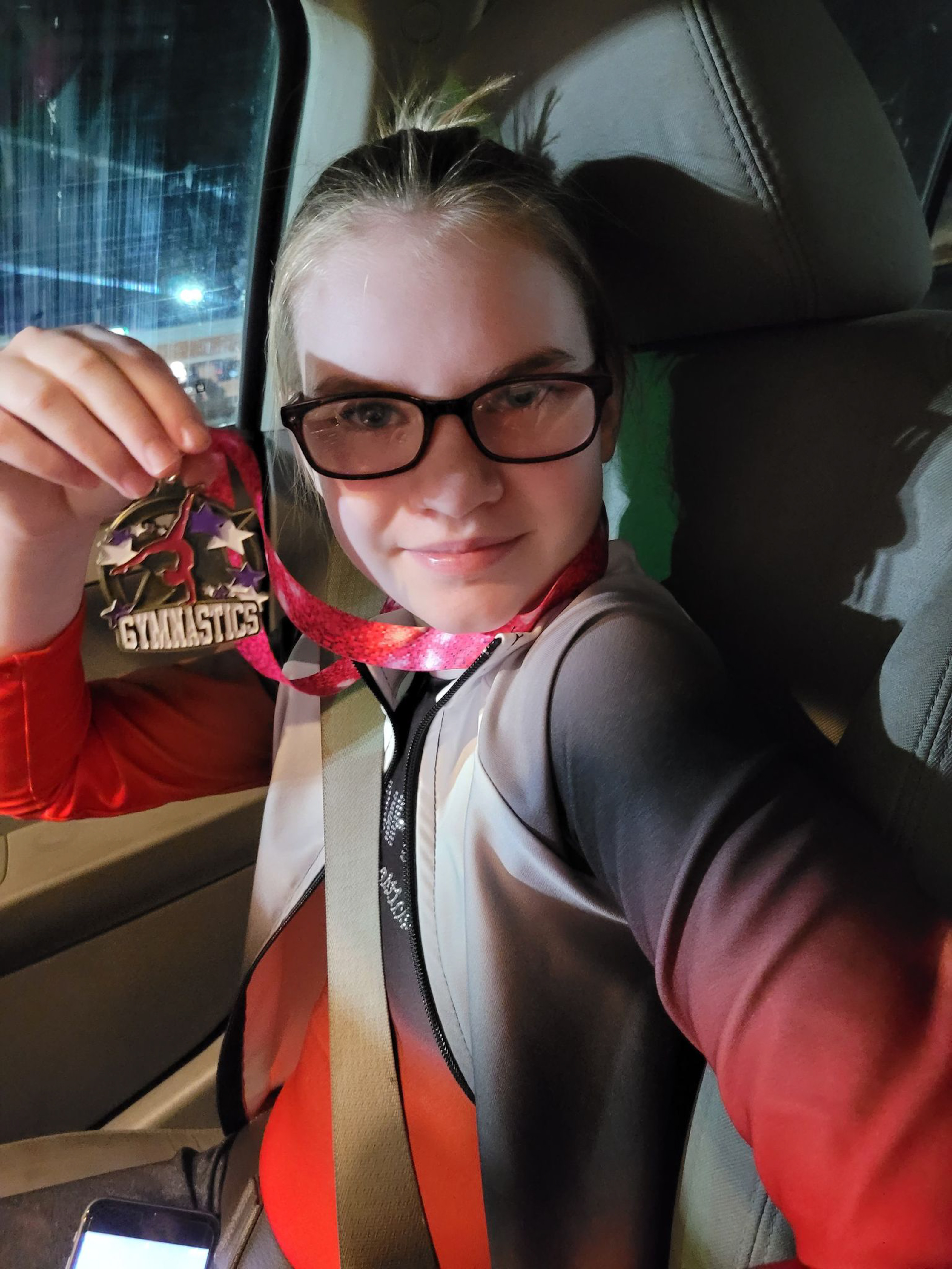 "She used to love swimming and she was in tears last summer when she couldn't go swimming with her friends.

"It can cause her to go into anaphylactic shock or it can get into her lungs if she has a bad break out so it is life threatening.

"It scares me when it covers her whole body because it means it's getting worse.

"She's allergic to bottled water, salt water, tap water but she can ingest it.

"It's stressful when she needs to wash her face or have a shower because she doesn't want to do it, she's scared." 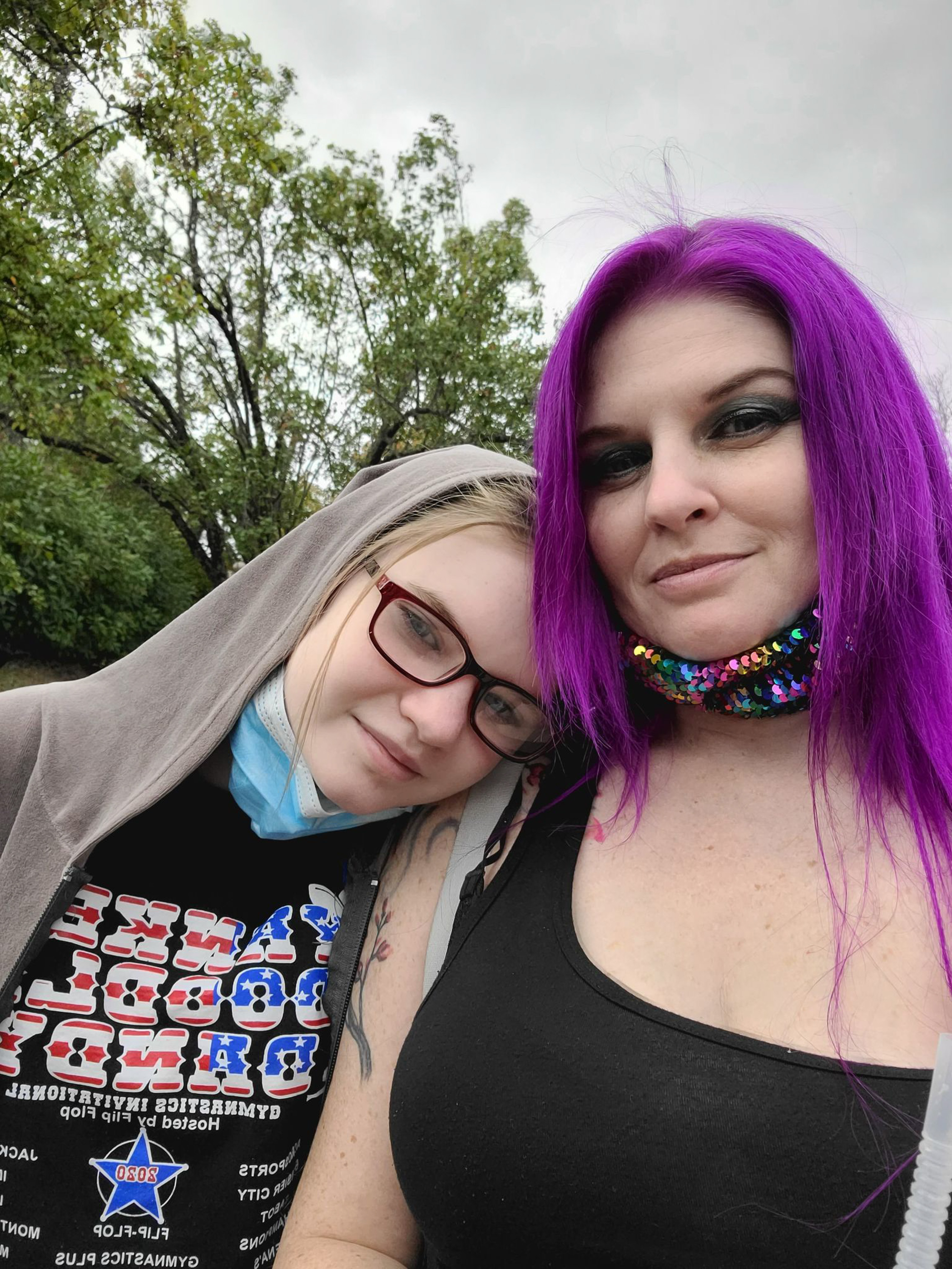 Danielle was diagnosed with aquagenic urticaria at the age of 11 and first showed signs of the condition when showering caused her to break out in an itchy rash.

Initially, customer service representative, Sari, assumed that the heat of the water had caused the hives but when they became more frequent, the pair went to see their doctor.

The mum-of-four said: "She was taking a shower over a year ago and she said she thought she was allergic to water.

"I told her that's not possible and she must have had the heat up too high. 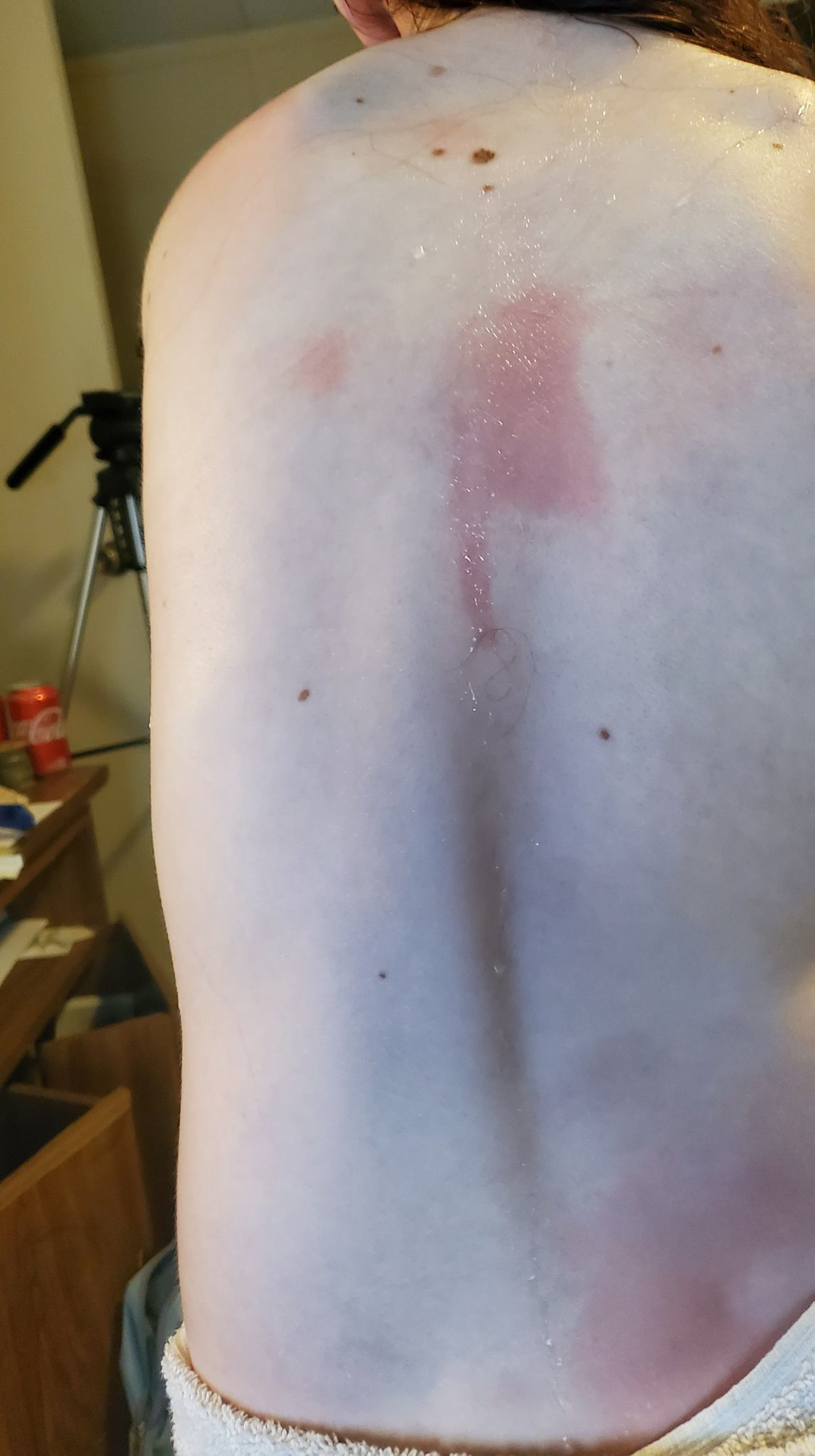 "Her feet were all red and itchy and it got worse and worse, but I thought she was scratching or rubbing herself because I thought there's no way a water allergy exists.

"Then we went swimming one day and she was covered in hives, so I took her to a doctor.

"The doctor poured water on her arm and watched it develop.

"One doctor refused to believe she was allergic to water and tested her for everything else.

"Apparently, it's something that develops in puberty but its so rare that they don't know enough about it to treat it."

The 12-year-old takes one dose of anti-histamines daily, needs to be supervised in the shower and carries an EpiPen.

Sari said: "Danielle loves gymnastics but sweat breaks her out and where we live is very humid so she can't go outside in the summer.

"She takes strong anti-histamines every day but she still breaks out.

"Now it's just hoping that it doesn't get worse over time because we're scared that the worst could happen."

In other real life news, this mum warned parents to patch test sun cream after her daughter's extreme allergic reaction.

And this little girl broke out in a red itchy rash after a 'reaction to a Lush shower gel.'

Plus this mum shared a snap of her daughter's deadly allergic reaction to cashews.

Tags: Forced, give, Is, Schoolgirl, to, U
You may also like
Celebrities News